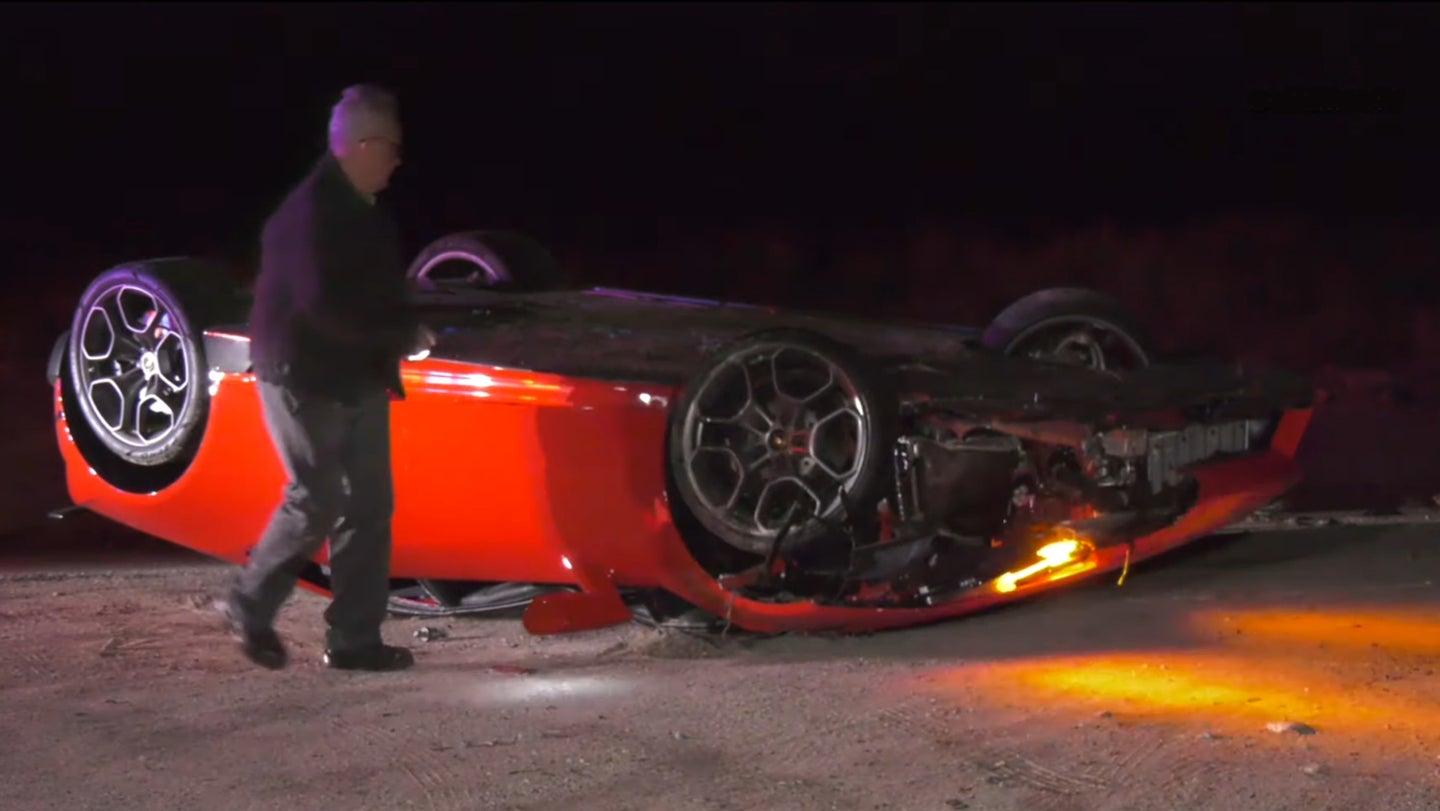 Driving a Lamborghini Huracán on a fast, flowing two-lane road like California's Angeles Crest Highway is the stuff of dreams! Well, unless you flip it over. Bonus pain points if it's not even yours.

That is exactly what happened with one overturned 2018 Huracán found on the Angeles Crest Highway northeast of Los Angeles, reports NBC 4. California Highway Patrol received a report of the abandoned Lamborghini early Wednesday morning.

The Lambo was found on its roof with its airbags deployed. It left a field of debris scattered on the road, but the driver was nowhere to be found.

The driver did at least leave the hazard lights flashing so the car would be seen in the darkness, something which the car did on its own due to the strong impact. The Angeles Crest Highway curves through the San Gabriel Mountains to connect the San Gabriel Valley with the Angeles National Forest, so it's not exactly the best place to come across a wrecked Lambo at night.

Other than that, the only evidence left of the car's occupant(s) at the scene of the crash were a few blood spots. Worse yet, investigators told NBC 4 that it wasn't the owner who was behind the wheel. A friend of the owner had borrowed the Lambo.

I'm not sure they're going to be friends for very much longer after this.

Authorities are still trying to determine who was behind the wheel at the time of the crash. None of the local hospitals had anyone check in who might have been in the crash, NBC 4 notes, and of course, it's hard to tell if it was the "friend" or perhaps one of their "friends" who turtled this exotic.

Anyone with any information on the crash is encouraged to call the California Highway Patrol's Altadena station at (626) 296-8100.