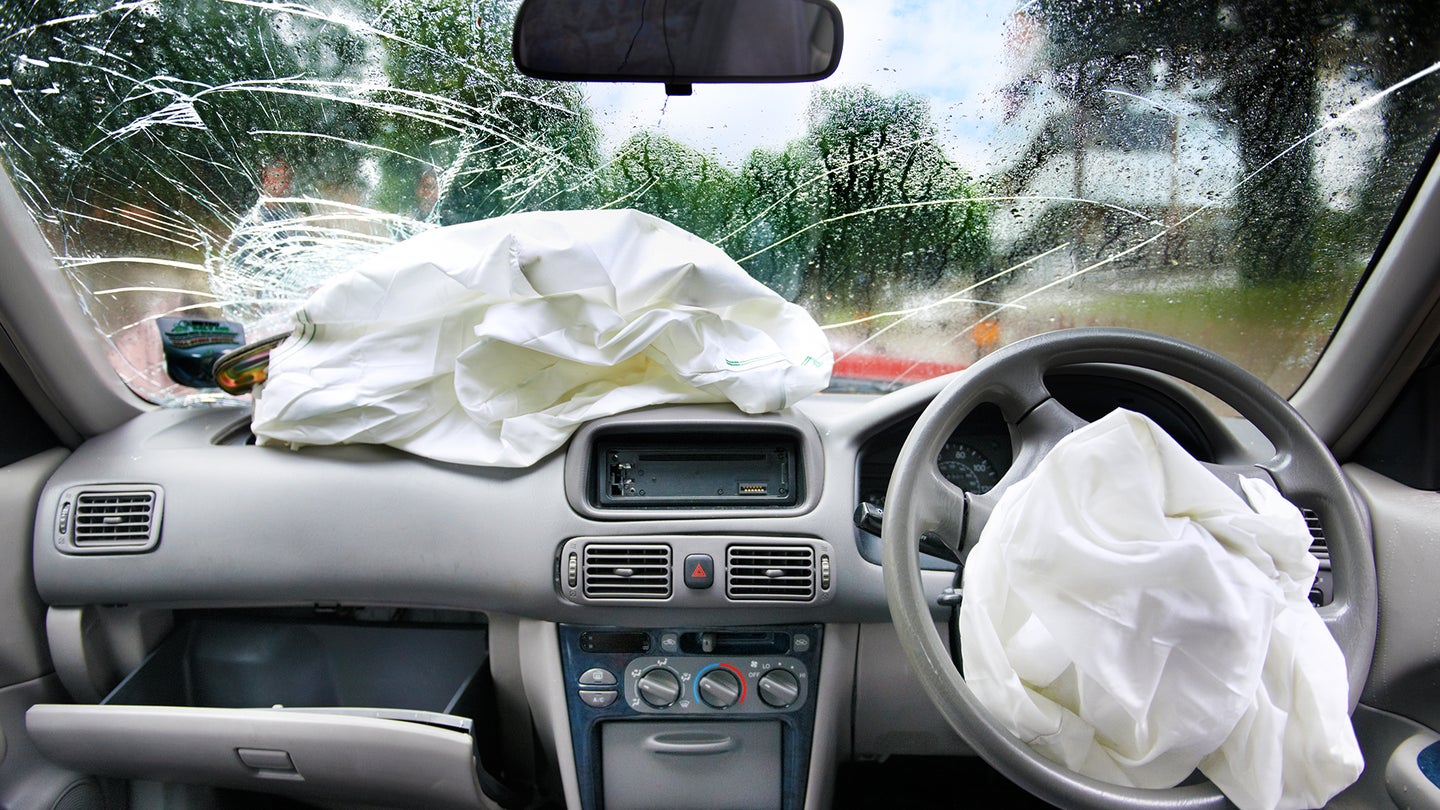 An unusual plot twist on a hit-and-run last month in Sterling, Virginia. YouTuber mikemmva documented his experience encountering a motorist who, moments before driving past him, rear-ended another driver in a Honda Civic at a traffic light before fleeing.

The video begins with a recording of a police scanner app describing the accident and noting that the offender drove his car away. The driver was not identified, but his car, a blue Nissan Sentra, was described in the broadcast. The recording then flips to a portrait video of a driver recording at an intersection—sure enough, a blue Nissan Sentra passes by the driver at very low speeds with considerable damage to the front end and the passenger airbag visibly deployed. (Possibly unrelated, but it also appeared to be somehow missing half of its rear spoiler.)

The driver of the camera car follows the Nissan into an apartment complex, where the Sentra driver parks the car across three spaces. The man behind the camera then confronts the hit-and-run suspect and asks what happened. The driver of the Nissan stated that he got into an accident and that “Roadside assistance on the way.” After some prompting, it's clear that he knows police are looking for him. “It’s a pretty bad day," he says.

The driver seemed to be under the influence. When asked, "Are you high right now or something?", he responded—shockingly for a man being filmed after a fleeing the scene of an accident—"Yeah."

It seems that the driver realized his mistake and that he should not have driven off. He stated that he did call the police and were waiting for them to arrive. Later that day, the Loudoun County Sheriff’s Office processed his arrest, in which he was charged with Driving under the Influence of Drugs and Felony Hit & Run.