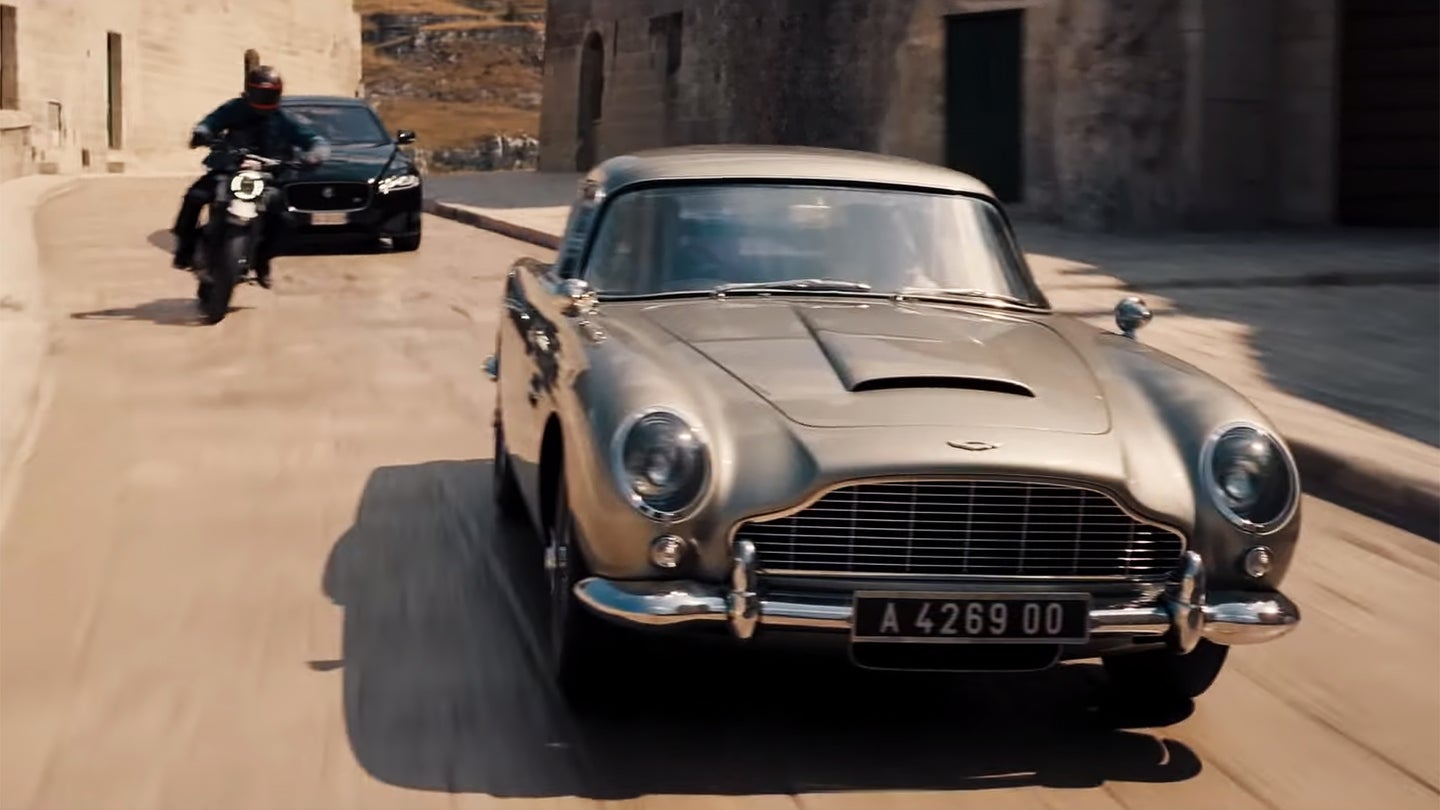 The first trailer for James Bond's 25th outing in No Time to Die is out, and you know what that means: It's time for some car spotting.

As Bond tradition dictates, Aston Martin will feature prominently in No Time to Die, with the automaker's CEO Dr. Andy Palmer confirming that four of its cars will appear in the film. The executive told media over the summer that the hybrid Valhalla supercar will get screen time alongside the original V8 Vantage and DB5, the latter of which sports undeniably cool headlight-concealed Gatling guns. The fourth Aston remained unknown until the trailer's release on Wednesday morning.

One of Bond's fellow Double-0 agents can be spotted behind the wheel of a DBS Superleggera, a high-performance model derived from the DB11. There's no knowing yet whether this car will merely make a cameo or get the spotlight to itself at some point, though there's no pretending a Valhalla-versus-DBS Superleggera tandem car chase doesn't sound appealing.

Other vehicles so far known to appear in No Time to Die include the Jaguar XF pursuers from a car chase set in Italy, along with at least three Land Rovers, including an all-new 2020 Defender that's sure to get crashed.

We'll have to wait until the film's April 8, 2020 release to finish this round of film car spotting, but when the premiere comes, we'll settle down to watch it with a martini. Shaken, not stirred.

Bonus: It now comes in Hot Wheels form, too.

$700,007 Gets You an Aston Martin DBS Superleggera Designed by James Bond and a Rad Watch

Why not include a one-off Aston Martin, Omega watch, and tickets to No Time to Die in Neiman Marcus’ annual Christmas Book?