Jay Leno on Tesla and Electric Cars: ‘There’s Almost No Reason to Have a Gas Car’

Leno predicts that “a child born today has as much chance of driving a gas car as people today have driving a stick shift.” 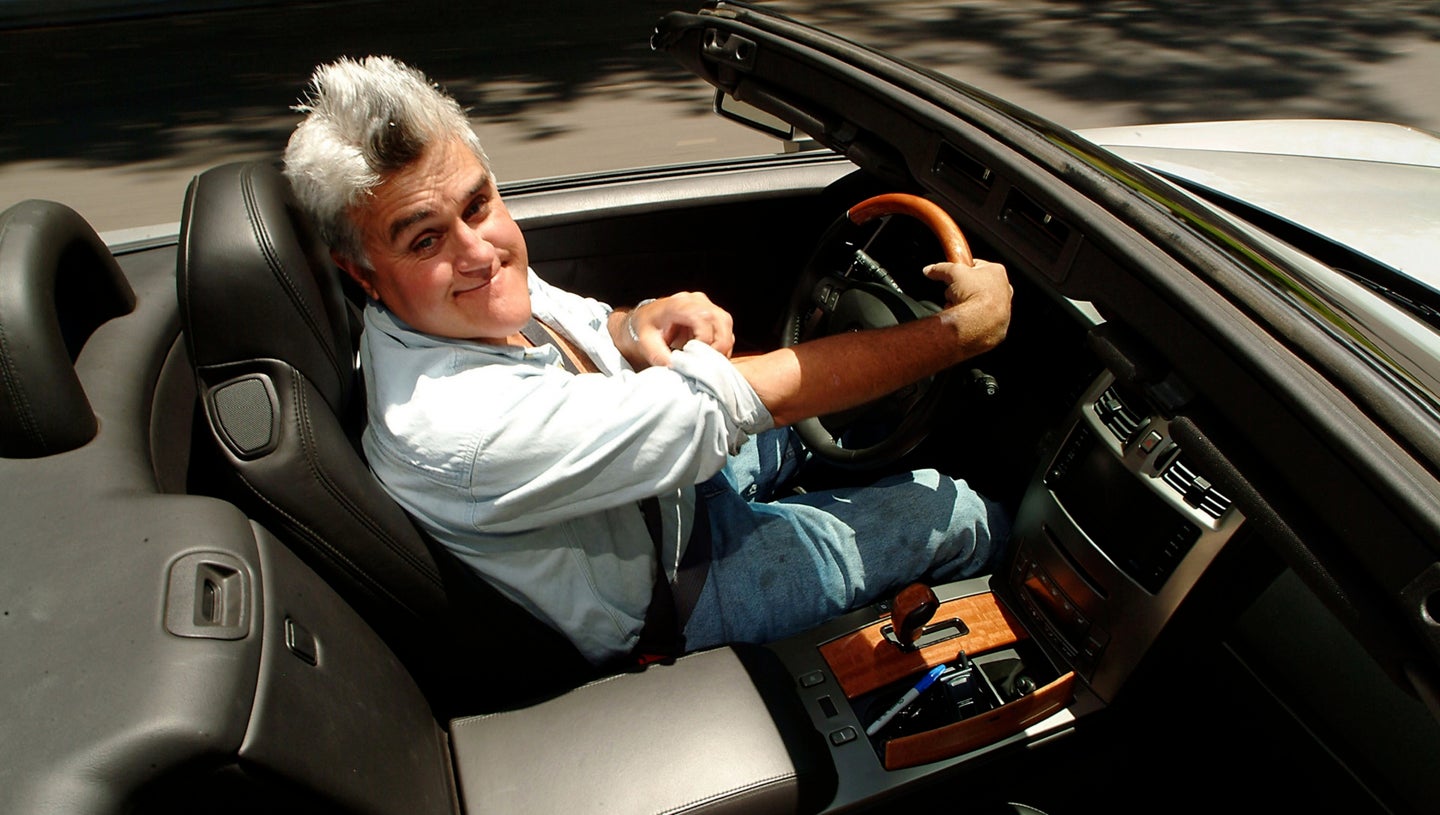 Despite his extensively documented love for gasoline-powered machines, prolific car collector Jay Leno isn't shy about his support for the electrification of the automobile. In a CNBC segment promoting the upcoming season of Jay Leno's Garage, the late-night icon was asked for his thoughts on Tesla, electric cars, and where they stand in the future of motoring.

Leno's take? Internal combustion engines will be the manual transmissions of tomorrow. Still around but very much the exception rather than the rule.

"Electric is the future. You know, steam ran everything from 1800 to about 1911, then the internal combustion took over from 1911 to right about now, and I predict a child born today probably has as much chance of driving in a gas car as people today have driving a car with a stick shift," said Leno. "They'll still be around. There’s just not many of them."

Jay famously owns nearly 300 cars and motorcycles, most of which are gas-powered, including sweet rides like 1,400-hp Tank Cars, hyper-exotic McLarens, and vintage Lamborghinis. This is a man who—much like you and I—enjoys a good fossil-fuel-burning motor.

"I have a Tesla. I've had it three years. I've never done anything. There's no fluids to change. There's nothing. You know, for new technology to succeed, it can't be equal. It's got to be better. And they've sort of solved the battery problem. It can go 350 to 400 miles at a charge on a lot of electric cars now. There's no maintenance. They're faster than the gas car. So there's almost no reason to have a gas car unless, you know, you're doing long-haul duty."

The long-range Tesla Model S is currently rated to travel 370 miles on a single charge.

Skip to around the 4:20-min mark for the green car talk:

Leno hopes to hand off the keys of a Jaguar F-Type this coming Monday, as well as a Land Rover, Tesla, and even Porsche.

The former Tonight Show host swapped out his Jaguars and Cougars for some more docile felines during Christmastime.