You can’t fix a problem if you’re too busy denying it exists, but that’s what Tesla executives seem to be doing… even as owner forums simmer with frustration. 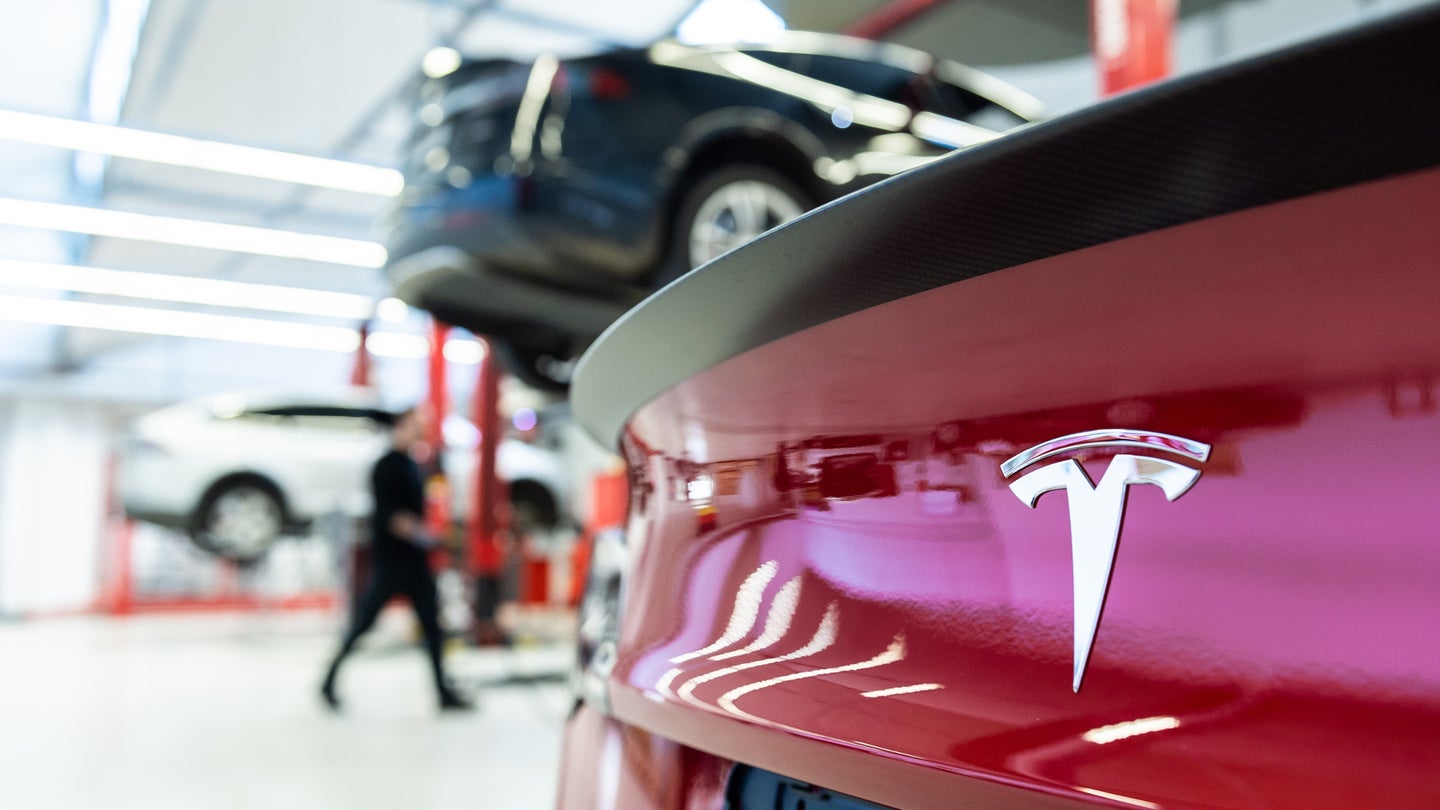 If you take the recent statements by top Tesla executives at face value, the electric automaker's notorious service challenges are a thing of the past. From the second-quarter update letter to the subsequent earnings call, Tesla has hammered home the message that service is improving and its statements to this effect have been parroted by outlets like Electrek, TechCrunch and CNN. Outside the "reality distortion field" exerted by Tesla CEO Elon Musk, however, Tesla's service situation is far more complicated and less encouraging than these uncritical reports let on.

After making service a "personal priority" during the fourth quarter earnings call in February, CEO Elon Musk claimed that "we've made massive improvements in service, especially in parts waiting" during the firm's recent Q2 earnings call. According to Musk,

"I meet with the service team multiple times a week and get daily updates on the reliability of the vehicle. We -- the best service, of course, is no service. Like that's the vehicle just -- reliability and quality being so good that service is rarely required. That's what the main goal is like, eliminate the need for service. Then in terms of increasing service resources, we're opening service centers as fast as we can and have already opened 25 new service locations this quarter, and that will increase -- the rate of service center opening will increase dramatically in through the course of this year as well as more Mobile Service. Mobile Service is really great because it's like we just come to you and fix the car wherever you are. And it's hard to beat that for convenience. For parts delivery, we've made massive improvement to logistics for getting parts to service centers."

"we stock way many more parts in all the service centers, and we ship everything same day pretty much so that people don't have to wait for cars -- for parts. And we accelerate service, and we increase capacity. There's a lot of improvements that we've already implemented and many more on the way. So I'm relatively optimistic, and I'm happy to help with the service team."

The two top executives noted that Tesla's regional service leads had visited the factory the week before and revealed that (in Musk's words) "a lot of service visits are just questions about how to use the car." "The number one visit is how to use Autopilot," Guillen agreed. "Like literally how do I turn it on" added Musk. "So just providing better feedback on user interface and virtually how do you turn it on. And yes, a whole bunch of things that are quite elementary to reduce service load."

The fact that Tesla owners don't know how to use the now-standard Autopilot system raises its own set of concerns, but the more immediate issue seems to be the fact that perceptions of Tesla's service quality in owner forums appears to be hitting new lows. All the major Tesla owner forums, from Tesla Motors Club (the oldest and largest), to Reddit's r/teslamotors, to even the official Tesla.com forums, are seeing frustrated reports from owners who feel that Tesla's service is poisoning the company's once-great ownership experience. It should be noted that all of these forums are traditionally patrolled by investors who routinely dismiss owner complaints as "FUD" (fear, uncertainty and doubt) spread by Big Oil, Big Auto and other imagined enemies of Tesla, but now even the members of TMC's investor forum are acknowledging the problem head-on.

One of the recurring themes of Tesla's current service woes involves one of the most fundamental aspects of customer service: communication. Owners at TMC report that Tesla's livechat feature has mysteriously disappeared, at least during business hours, making it difficult to contact a human employee for help. Calls to individual Service Centers seem to rarely be answered, and calls to main phone lines result in "phone trees" that can result in as many as five hours on hold and an informal survey of owners at TMC apparently suggests that 15-20% find it impossible to reach a human at all. The move toward booking service appointments via mobile app, seems to have resulted in an experience that owners compare to "a black hole." One owner describes their experience thusly:

"Interestingly, Tesla seems to have recently changed their service appointment system. I just went through it yesterday and it seems to actually, really be impossible to schedule a service center visit by calling them now. Attempt to do so and you get an automated message saying to schedule via the Tesla app. Of course, if you go to the Tesla app, it automatically only gives mobile service options. If you want a service center appointment, that seems to only be possible now via your account on the website(which, bizarrely, doesn’t have an option for mobile service ). I assume that at some point, that final loophole will be closed and there’ll just be no way to schedule for a service center."

Bizarrely, this shift to app-based service booking means that some Service Centers simply can't be booked for reasons that are unclear. According to one report from Europe, a Tesla employee stated that "Tesla cut the [phone] line so actually nobody can reach [service employees]." Here in the US, Tesla's Las Vegas-based support call center can apparently schedule service and reach otherwise "unreachable" Service Centers, but it can itself only be reached by calling roadside assistance. Meanwhile, the lack of visibility between Service Center and Mobile Service records creates even more problems as another owner reports:

The appointment guy asks me all these questions about the history of my problem and previous repair attempts. Not once did he bother to check the history of my vehicle. So, I got frustrated and asked him why he didn’t check, and he simply tells me, 'I can’t see records of mobile tech visits.'”

Some Service Centers even have measures in place to prevent owners from simply showing up and demanding service, as one owner describes (after weeks spent struggling to book service):

In addition to the challenges owners face booking service and getting a hold of a human who can tell them what to expect there are even multiple reports of Tesla proactively canceling service appointments for a variety of reasons. But poor communication, both internally and with customers, is only part of Tesla's "Service Hell." Uber and Lyft credits seem to have largely replaced loaner vehicles, unless owners fight for them which seems to be a good idea given that service can drag on for weeks at a time. Long-term customers report that Tesla's generosity with free or discounted "goodwill" repairs has declined or even disappeared (most notoriously for rampant problems with Model S and X screens). Parts availability continues to be a bottleneck in some instances, but Service Centers themselves are overbooked as well with the next available appointments reported anywhere from August (in Costa Mesa, California) to September (Warsaw) to as far out as Christmas Eve (in Vienna, Austria).

As usual with Tesla, nothing about service ⁠—good or bad⁠— is consistent. There are still Tela customers for whom service has always been anywhere from good to exemplary, either because they happen to be located by one of the better Service Centers or because their public prominence means they receive special treatment. But what is clear is that perceptions within Tesla's once-extremely loyal community of customers and investors have turned sour, and that a level of frustration and anger at the service situation in particular now reigns in the forums. Having followed these forums on a near-daily basis for more than four years now, there's no doubt in my mind that the worm has turned.

Having long pointed out that Tesla's manufacturing and service culture would not be sufficient to meet the expectations of the mass market, and having been repeatedly dismissed and attacked by the community for pointing out shortcomings in the past, it's hard to be too surprised by this situation. Not only is Tesla's culture too mercurial and freewheeling for both mass manufacturing and mass service, but its fan culture has been so intolerant of criticism that the company hasn't been forced to step up its game until this late date. Now that the situation looks increasingly untenable, Tesla's executives are continuing to hew to the old gameplan of denying that problems exist. That might be what investors want to believe, but even a minimal amount of due diligence proves that the situation is untenable and Tesla's halo is fading fast, even with its biggest fans and supporters.

That said, if Tesla has proven anything it's that it can snatch improbable victories from the jaws of defeat so it would be foolhardy to say that the company can't overcome the simmering backlash. But the first step in any such turnaround is to stop trying to convince gullible reporters that the problem doesn't exist, and face the situation head on the way it seemed Elon Musk might have been trying to half a year ago. By admitting the problem is both real and serious and bringing in a proven customer service executive who can give his or her entire attention to building a consistent and responsive service culture, Tesla could regain the trust of its fans and customers. The only question is whether the bad old habits developed as a small-volume premium-brand darling are stronger than Tesla's commitment to a truly sustainable mass-market customer service experience.