Yes, Elon Musk is Massively Influential, But Not For the Reasons You Think 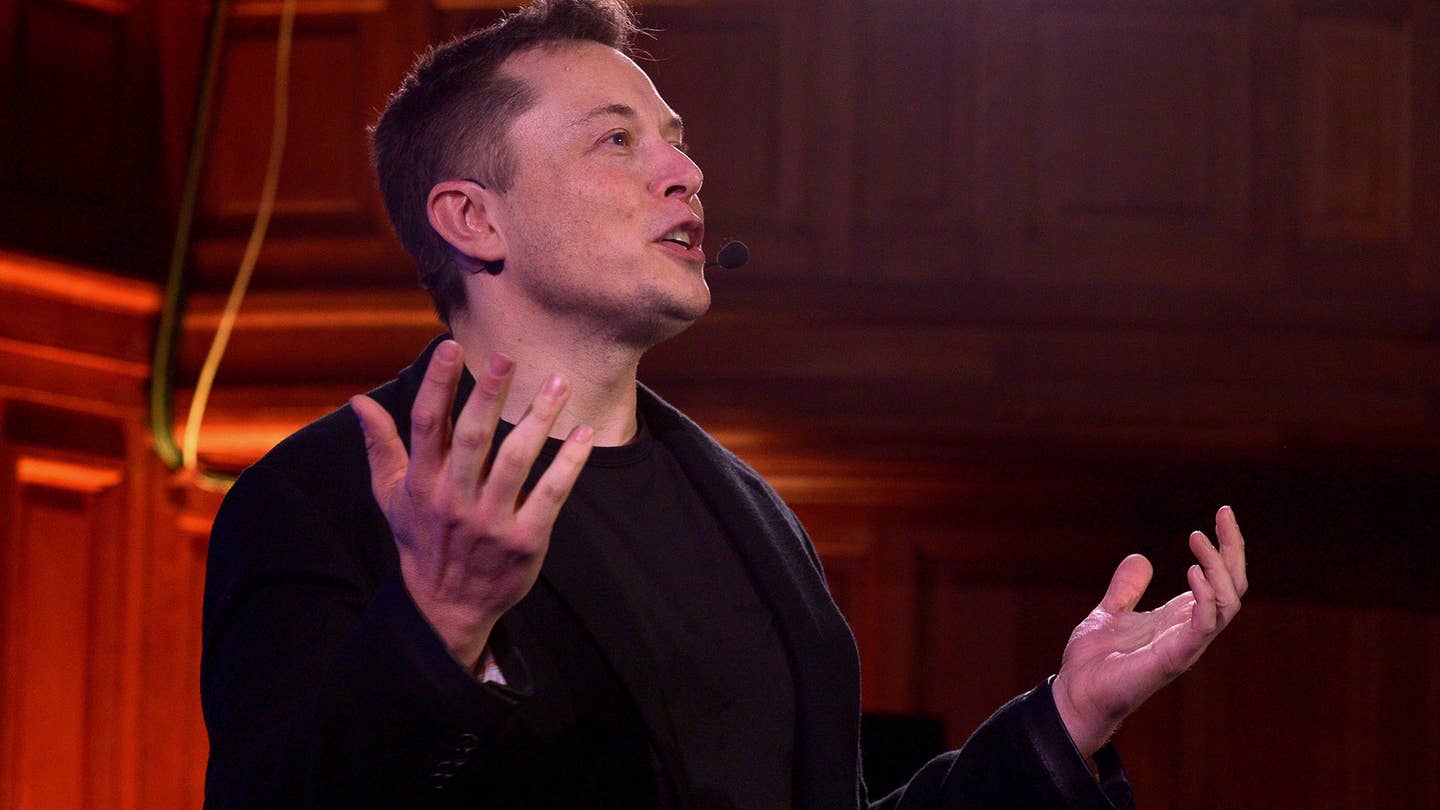 Tesla Motors’ CEO and founder Elon Musk is a force to be reckoned with. Long before most auto industry executives cared about electric vehicles—not because they were ignorant to the economic and environmental benefits of electric propulsion, but because so few consumers were purchasing them (EVs still account for less than one percent of all new vehicles sold in the United States)—he had built an empire around them.

Or at least, that's his reputation.

Until now, Tesla has been a niche maker of battery-powered luxury cars, albeit really good ones. During its 10-year history the manufacturer has sold a little more than 80,000 vehicles, most of which cost upwards of $100,000. But Musk has always had mass-market dreams, and recently announced, with great fanfare, plans to deliver the so-called “affordable” Tesla Model 3 for around $35,000 in late 2017. Tesla fans were so excited by the announcement that, in the following week, some 325,000 people ponied up $1,000 deposits toward the privilege of purchasing a Model 3 when it rolls off the assembly line—whenever that might be. (Tesla has a history of pushing delivery dates, and the Model 3 might not be the exception. Still, more recent reports have suggested that the total number of deposits is now closer to 400,000.)

None of these things are completely true, of course. But his followers don't care; Musk has an incredible gift for making people believe in him and the products he sells. But lets take a look at the realities.

Certain aspects of the Tesla approach are truly unique. The company's software architecture is more flexible than any other automaker's, and because the car is almost entirely software-driven, its feature set can be upgraded instantly over-air, without inconvenience to the owner, future-proofing the car for the foreseeable future. No other automaker can say that.

Points, too, for the willingness to experiment. Traditional automakers painstakingly vet each feature and convenience until it's perfect before offering it to the public, but they can't be added to vehicles already on the road. Their technology is obsolete before it even hits the streets. The opposite is true with Tesla: it can launch a feature on the fly, get feedback from the car (and customer), and make necessary improvements in real time while the owner does...nothing. It's the software industry's fail-fast philosophy, applied to cars, and it took a guy like Musk to take that risk—although the repercussions from those failures are likely to be more costly

But you're not serving the public good by supporting Tesla. You're supporting Tesla. Yes, you're driving an electric vehicle with zero tailpipe emissions, but the manufacturing process for EVs, especially the mining involved in the rare metals used for lithium-ion batteries, is still massively destructive to the planet. And if you're getting your electricity from a coal-fired grid (which fuels 41 percent of the world's electricity, according to the World Coal Association) your carbon footprint expands even further.

Musk is a businessman hedging his bets that electricity is the fuel of the future; if that comes to pass and he's succeeded in making Tesla as synonymous with EVs as Kleenex is to facial tissue, he stands to make a very large amount of money.

Also, Tesla's technology is not as innovative as Musk makes it out to be. The battery pack is little more than a bunch of laptop batteries wired together, and most similarly-priced cars, EV or otherwise, come equipped with a comparable set of user conveniences, including diver-assist features similar to Tesla's Autopilot—Mercedes, BMW, and Infiniti all offer their own systems—which is an innovation Musk packages as unique to his cars.

Finally, while the benefit of negotiating directly with the manufacturer rather than through a dealer is debatable—Tesla doesn't negotiate or offer rebates, so there's no way for you to save money whatsoever—the beneficiary of the deposit system is quite clear: it's Tesla. Potential customers are essentially giving the company an interest-free loan (in the case of the Model 3, a nearly $400,000,000 loan) that it can then use to complete development and bring a car to market. Rumors abound that Tesla does not have the capital to survive until 2018 while continuing to develop the Model 3 and ramping up sales, service, and Supercharger infrastructures that the brand will need to serve the influx of customers. That extra $400 million, from deposits on a vehicle that does not yet exist, bridges that gap—and Tesla doesn't have to pay a cent of interest to Wall Street in the meantime.

He might not quite be the automotive tech innovator he purports to be, but there's no denying the man is brilliant.