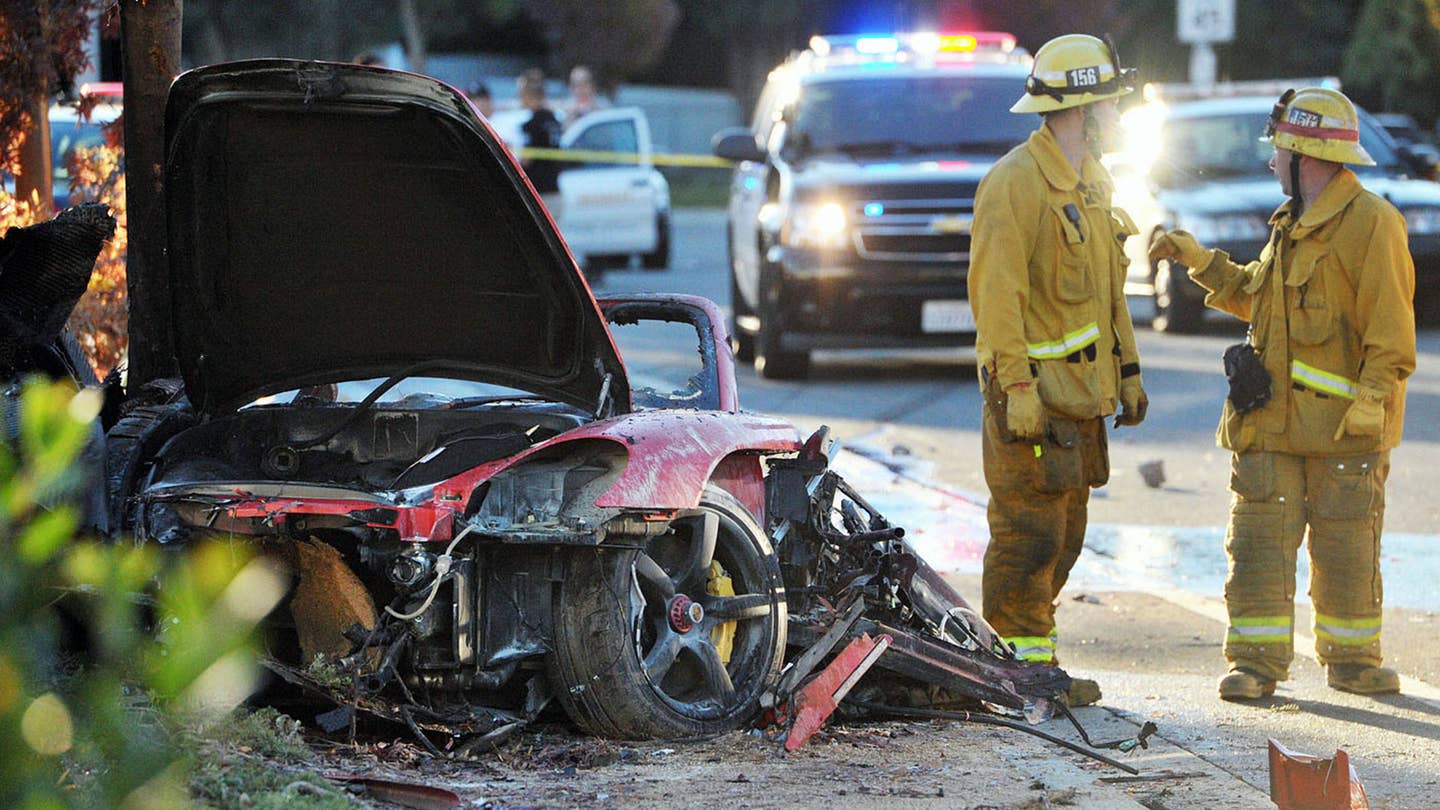 Porsche cannot be held at fault for the November 2013 crash of a Carrera GT that killed actor Paul Walker and his friend, according to the federal judge tasked with ruling on the case.

U.S. District Judge Philip Gutierrez ruled on April 4 that the case of Kristine Rodas, whose husband Roger was driving the supercar when it spun out of control, crashed into a series of trees, and caught fire, lacked sufficient evidence to prove Porsche had been negligent by designing the Carrera GT without a roll cage or fuel cell. Rodas's lawsuit also claimed that the Carrera GT's suspension had failed before the crash, which Gutierrez found no evidence of.

"[The] plaintiff has provided no competent evidence that Rodas’ death occurred as a result of any wrongdoing on the part of defendant,” the judge wrote.

Gutierrez also said Rodas's crash expert had erred by relying on analysis of tire tracks taken more than a month after the accident, rather than using police photos from the day of the wreck.

An investigation into the wreck conducted by the California Highway Patrol and the Los Angeles Sheriff's Department found no reason to suggest that mechanical malfunction or malfeasance had been responsible for the accident. Instead, the inquiry suggested excessive speed had been the cause, with investigators saying the Porsche may have been traveling as fast as 94 mph when it crashed.

Porsche has repeatedly insisted that the committed no wrongdoing in the design or construction of the Carrera GT, though the car has faced criticism in the past from critics and owners alike for its temperamental handling. Engineers from the company assisted in the investigation into the crash

The ruling in this suit has no effect on the cases against Porsche by Walker's father and daughter, which are currently working their way through Los Angeles Superior Court.