The Jag’s windshield was shattered by the criminals who also trashed its hood and fenders, undoubtedly leading to an eye-watering repair bill. 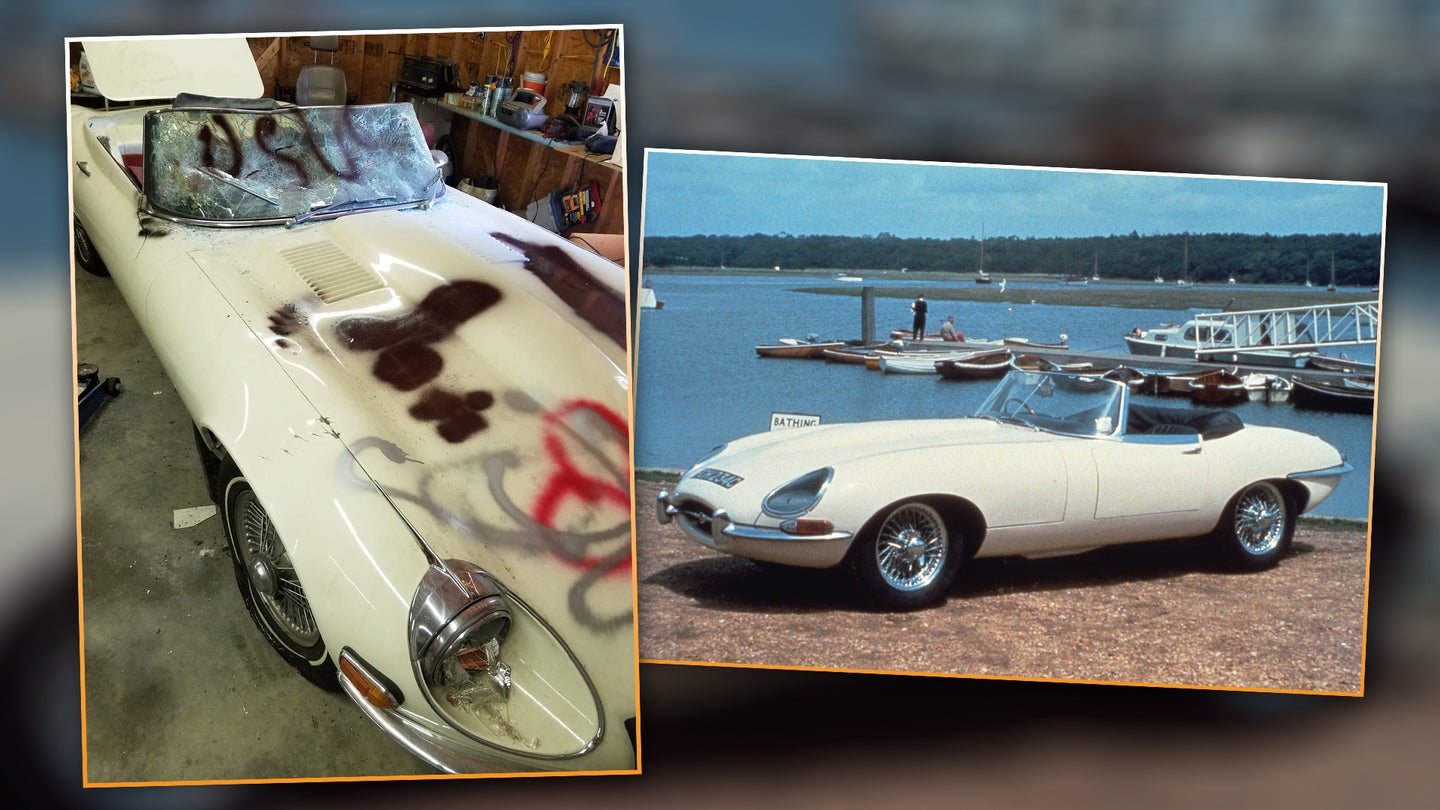 Someone (or multiple someones) have desecrated a Jaguar E-Type, according to a photo shared to social media.

Facebook user Nick Hockman shared the photo online Sunday morning, claiming himself to be the subject of a break-in, wherein at least two of his cars were trashed. Said cars allegedly included the aforementioned E-Type and an Austin-Healey, not depicted.

"Beyond pissed," said Hockman. "Low life kids broke into one of my garages and messed up Jaguar and the Healey."

Hockman, who at the end of April posted photos of a Toyota FJ Cruiser with its roof crushed in, has seemingly faced a string of wrecked vehicles in recent weeks. Fortunately for him, he says, the Jaguar and Austin are repairable, though at what cost is uncertain. Whether insurance will help out with the cars isn't certain yet.

Only one photo of the damage has been shared so far, but based on that picture, Hockman faces a four- to five-figure repair bill. At least one headlight cover, a tire, and the windshield have been destroyed, and the paint possibly damaged beyond easy touch-up. Combined cost of the known damaged parts eclipses $1,000, and labor to replace them will only add to that cost. Paint work is never cheap, and because the damage is spread across four panels, it won't be a small job, whether it's taken to a detailer or a body shop.

The Jaguar E-Type's popularity means that all the parts necessary to fix the car are still available, and Hockman's grateful that worse was not done to the cars.

"It sucks but the cars can be fixed. At least these kids did not set it on fire. I can still work and repair these," he said. Additionally, he says he neighbors saw the people whom he says did it, and that it's a matter of time before they're tracked down.

"Neighbor seen the kids," concluded Hockman. "They will be caught."