After getting stuck, the victim realized heavy snowfall had rendered the Oregon service road impossible to traverse even by foot. 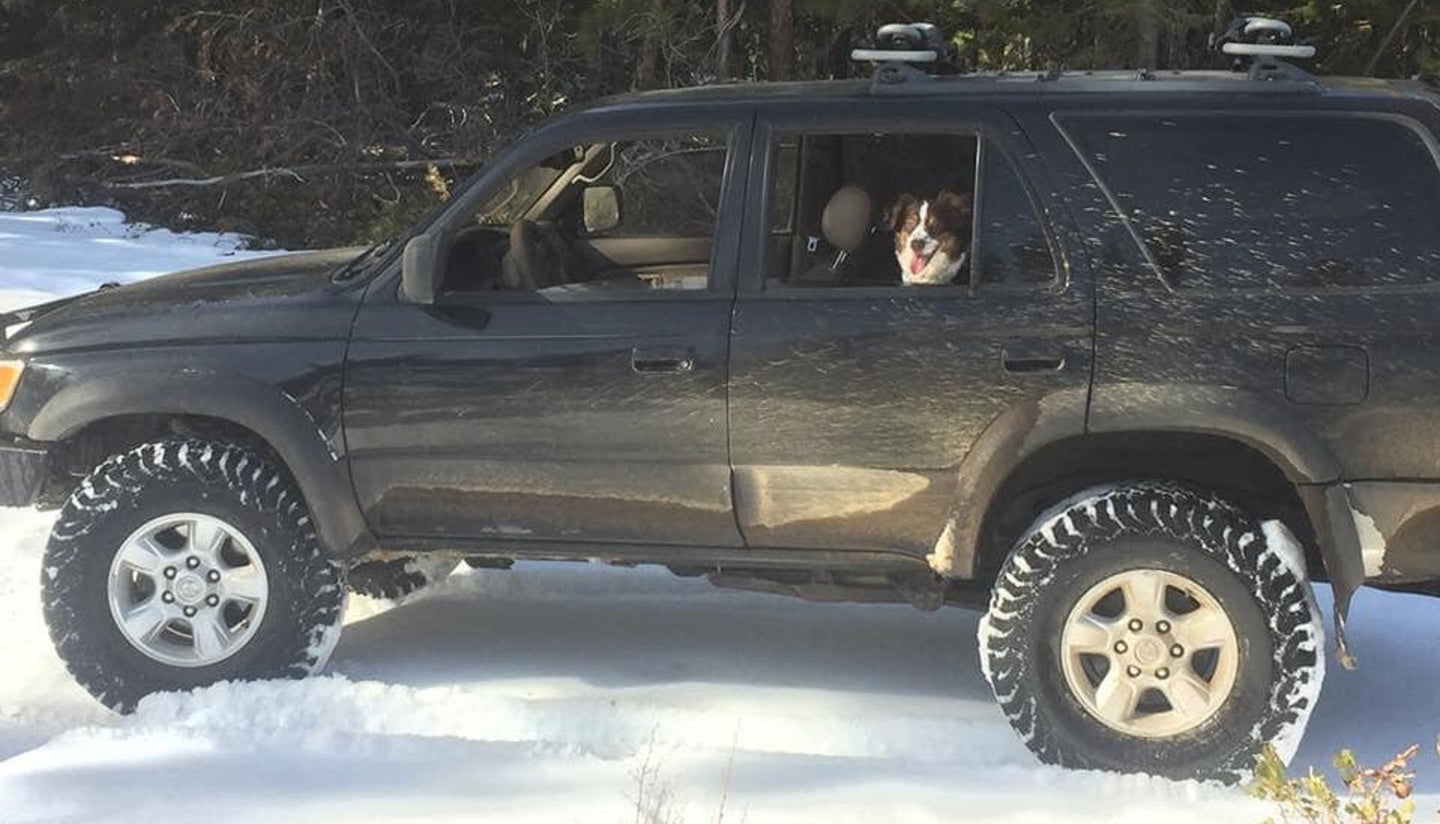 An Oregon man and his dog were rescued by emergency responders after being stuck inside a Toyota 4Runner in deep snow for five days. According to the Deschutes County Sheriff’s Office, the two occupants survived the ordeal by eating leftover Taco Bell hot sauce packets the man had previously stashed in his car. Despite temperatures dropping below freezing at times, the duo is now home and uninjured.

It all began when Jeremy Taylor and his dog Ally went out to run an errand in the Bend, Oregon area when he realized that the forest service road he normally commutes on had been severely impacted by recent snowfalls. It's unclear how Taylor got his 4Runner stuck in the snow, but a missing persons report was filed four days before they became trapped. Judging by the 4Runner photos shared on Facebook, Taylor isn't a stranger to these conditions, and the SUV appears to be equipped with all-terrain tires and possibly a suspension lift.

According to the police report, Taylor and Ally exited the vehicle and attempted to hike to the nearest town on several occasions, but the snow was too deep and temperatures were too low to complete the hike. Instead, Taylor would run the engine of his Toyota for brief stints throughout the day to run the heater and avoid hypothermia. Furthermore, the duo ate leftover Taco Bell hot sauce packets as that was the only thing available to them at the time. It's not unclear if the packets were of Verde, Mild, Hot, Fire, or Diablo sauce.

One day after the report was filed a snowmobile spotted the 4Runner and alerted authorities. This prompted a Deschutes County officer to borrow an Oregon Water Resource SnowCat in order to get near the vehicle. A few hours later, Taylor and Ally were rescued and brought in for a medical examination.

“Thank you everyone, I’m safe and my Ally dog is safe. I really appreciate all the help. Got lucky, let’s never do that again. I’ll be in touch with everyone soon," Taylor posted to his personal Facebook page.