To celebrate four decades of 4Runner, Toyota is building 4,040 of these bad boys with the cool decals.

Believe it or not, the Toyota 4Runner has been around for 40 years with the current-gen accounting for 12 of those. To commemorate the SUV officially entering middle age, Toyota has come out with a particularly rad-looking model: the 2023 Toyota 4Runner 40th Anniversary Special Edition. Admittedly, the special parts that come with this special edition are purely cosmetic, but I'd be lying if I said they did not indeed make this 4Runner look pretty damn special.

Based on the SR5 Premium, the 40th Anniversary 4Runner will be available in three paint colors: black, white, or Barcelona Red Metallic. It wears 17-inch bronze wheels, a heritage front grille with the word "Toyota" finished in bronze, and a bronze 40th Anniversary badge on its tailgate. The Toyota and 4Runner badges on the tailgate are also bronze. Most notably, though, it gets heritage TRD-colored decals down the sides and on the front as a tribute to Toyota's early off-road racing trucks.

Inside, there's a special bronze badge on the dash as well as bronze stitching for the seats and shift knob. There are 40th Anniversary logos stamped into the headrests, the floor mats are also unique to the 40th Anniversary edition, and a power moonroof is standard equipment.

Over the past four decades, Toyota says it has sold more than four million 4Runners but this 40th Anniversary special will be quite a bit more limited. Just 4,040 units (get it?) will be available.

Along with the introduction of this mildly glorious throwback special edition, the other 4Runner enhancement for 2023 is the addition of blindspot monitoring with rear cross-traffic alert as standard equipment; used to, it was optional.

Everything else about the body-on-frame Toyota SUV remains as it was. A 4.0-liter V6 makes 270 horsepower and 278 pound-feet of torque, and it's paired to a five-speed automatic letting the truck tow up to 5,000 pounds. Nine inches of ground clearance are on tap for the 2WD version while 4WD versions measure 9.6 inches from the ground.

There's not much difference across the board, but you wouldn't find me frowning in one of these with the cool decals.

Got a tip or question for the author about the 40th Anniversary 4Runner? You can reach him here: chris.tsui@thedrive.com 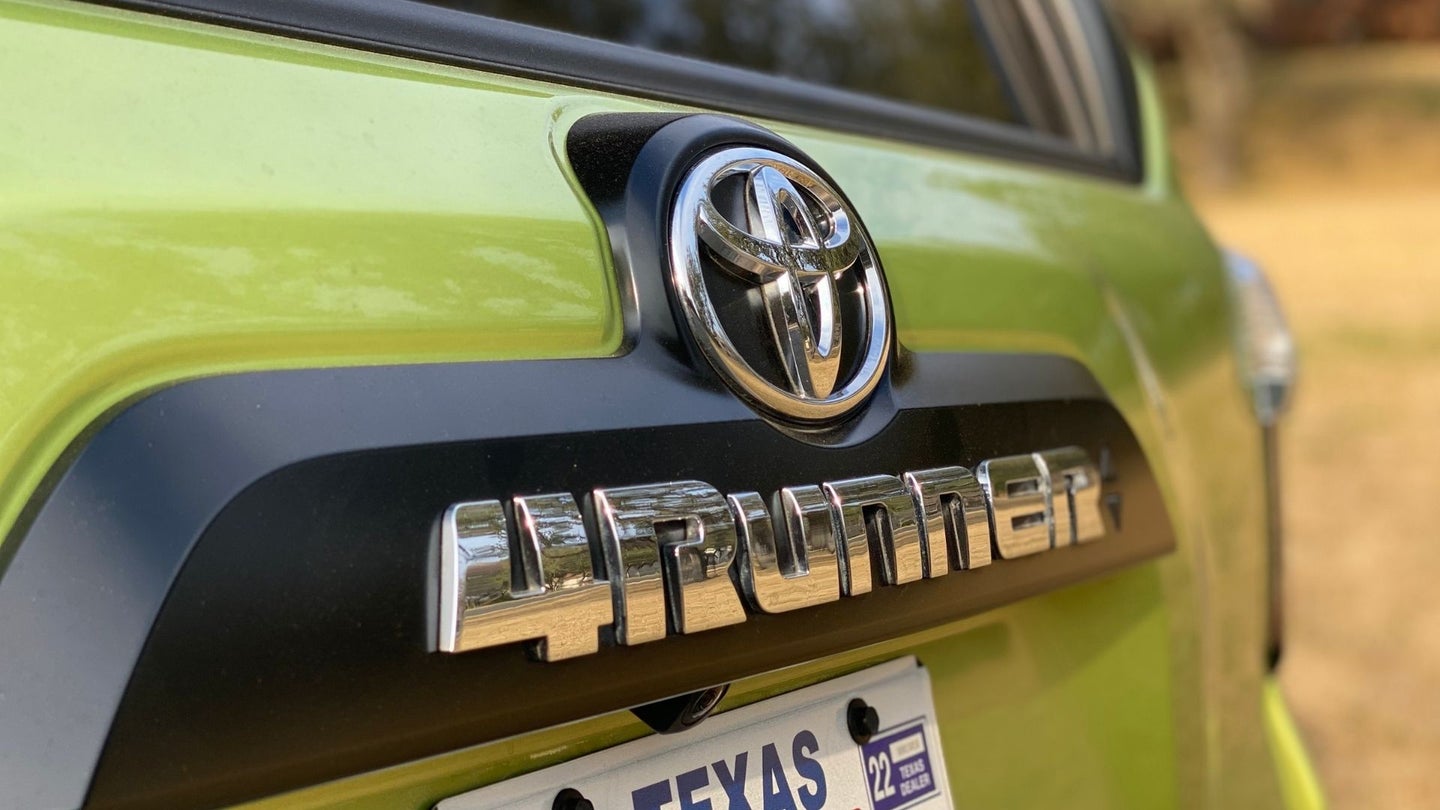 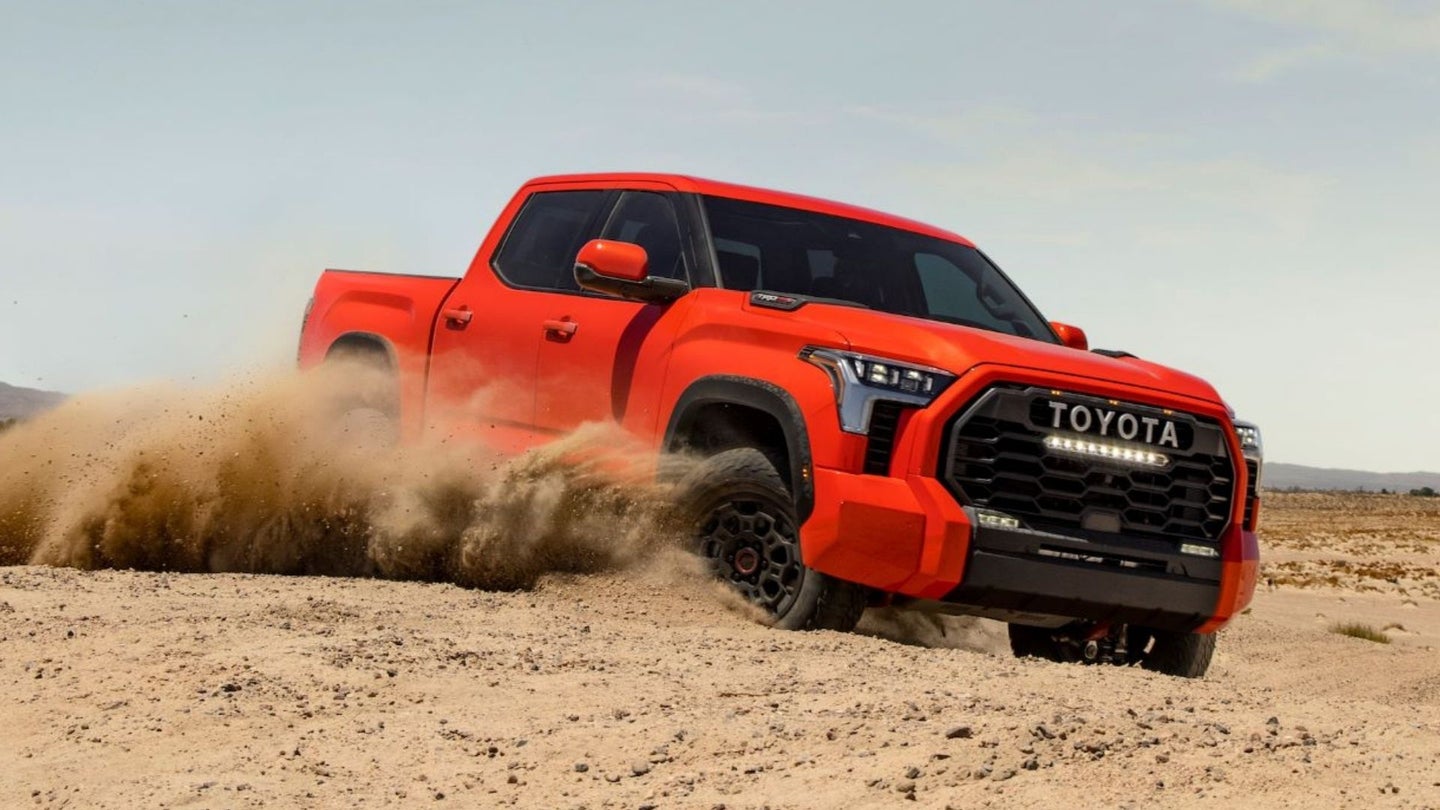 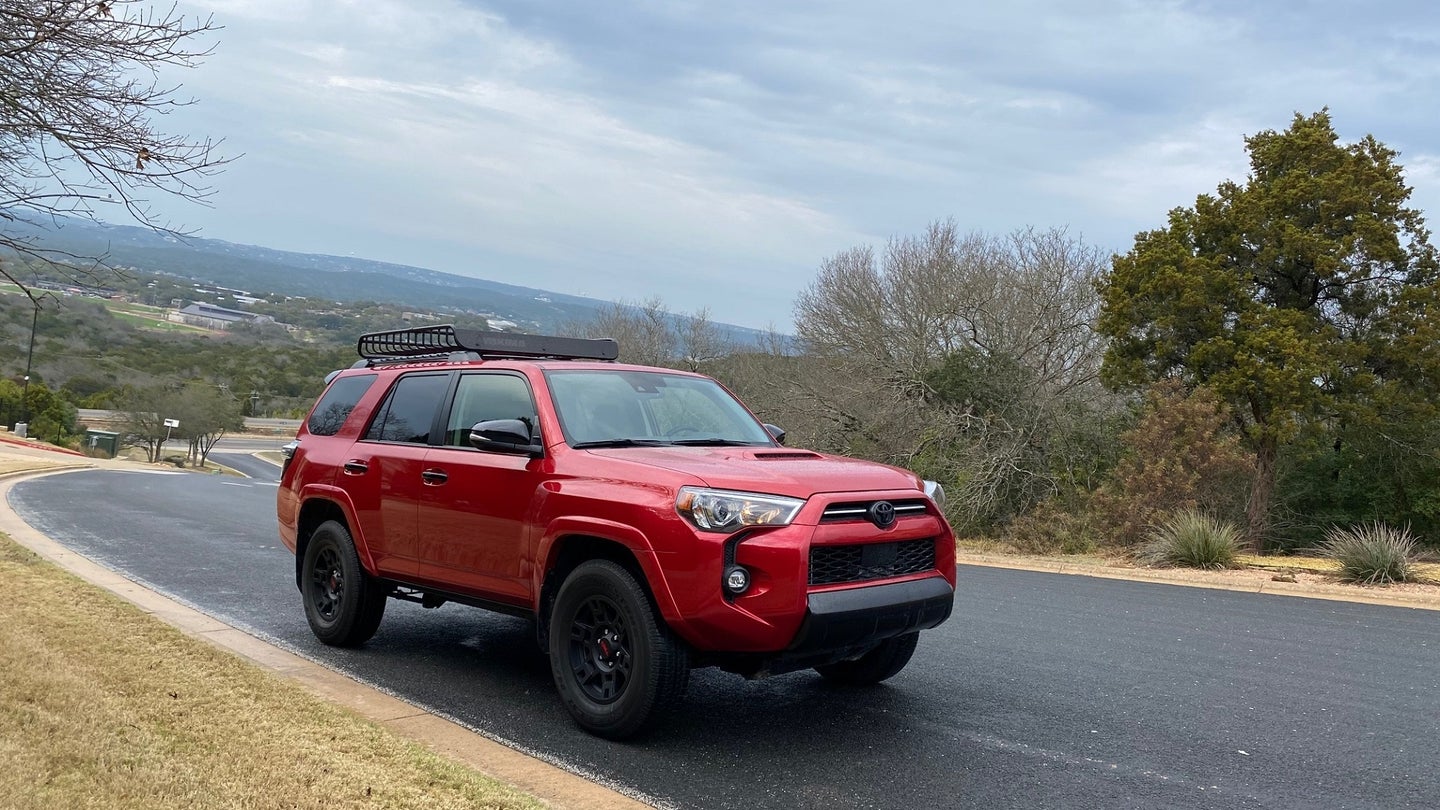