A once small fishing town turned into automotive capital is facing population and job troubles. 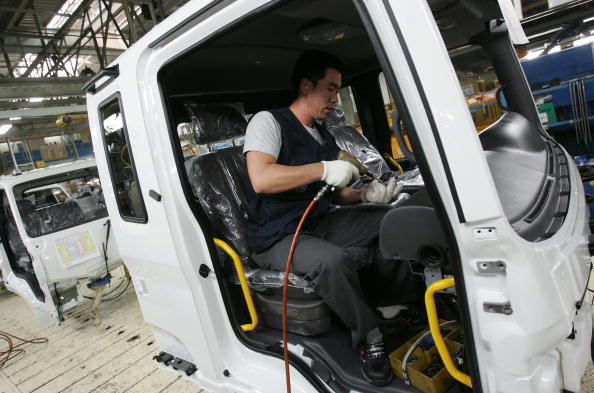 Five years ago, Uslan, South Korea was a booming city revolving around Hyundai Heavy Industries even earning the nickname “Hyundai Town.” It was around-the-clock business for the shipyards and the city and workers could earn up to triple the annual average salary,  according to Reuters. But it’s becoming an increasingly desolate area. Between 2015 and 2017, 27,000 workers and subcontractors have been laid off from Hyundai Heavy.

A guttural blow for the generations of Hyundai workers that helped fuel South Korea's recovery after the Korean War and help turn the nation into an industrial and manufacturing powerhouse. Reuters reported Uslan was the country's richest city by 2007, however, it is quickly becoming the city with the oldest population in South Korea and more and more young people leave in order to find work.

Experts and industry executives are warning that Uslan might be the future “Rust Belt” of South Korea. The challenges facing the city are similar to those faced in the American Midwest in the 1970s and ‘80s, when the prosperous heartland was hit with job and population loss.

As reported by Reuters, since the city company has been hit with financial troubles, it has been selling assets like the employees' dormitory, and a large foreign community complex it used for clients and their families. The complex featured all kinds of amenities for a home-away-from-home experience such as a golf course, a swimming pool, school, and townhouses.

According to Reuters, a Hyundai Heavy spokesman said the company was doing the most it could to " normalize our company," and is working with labor unions to try and tackle a lack of work and slowed workforce.