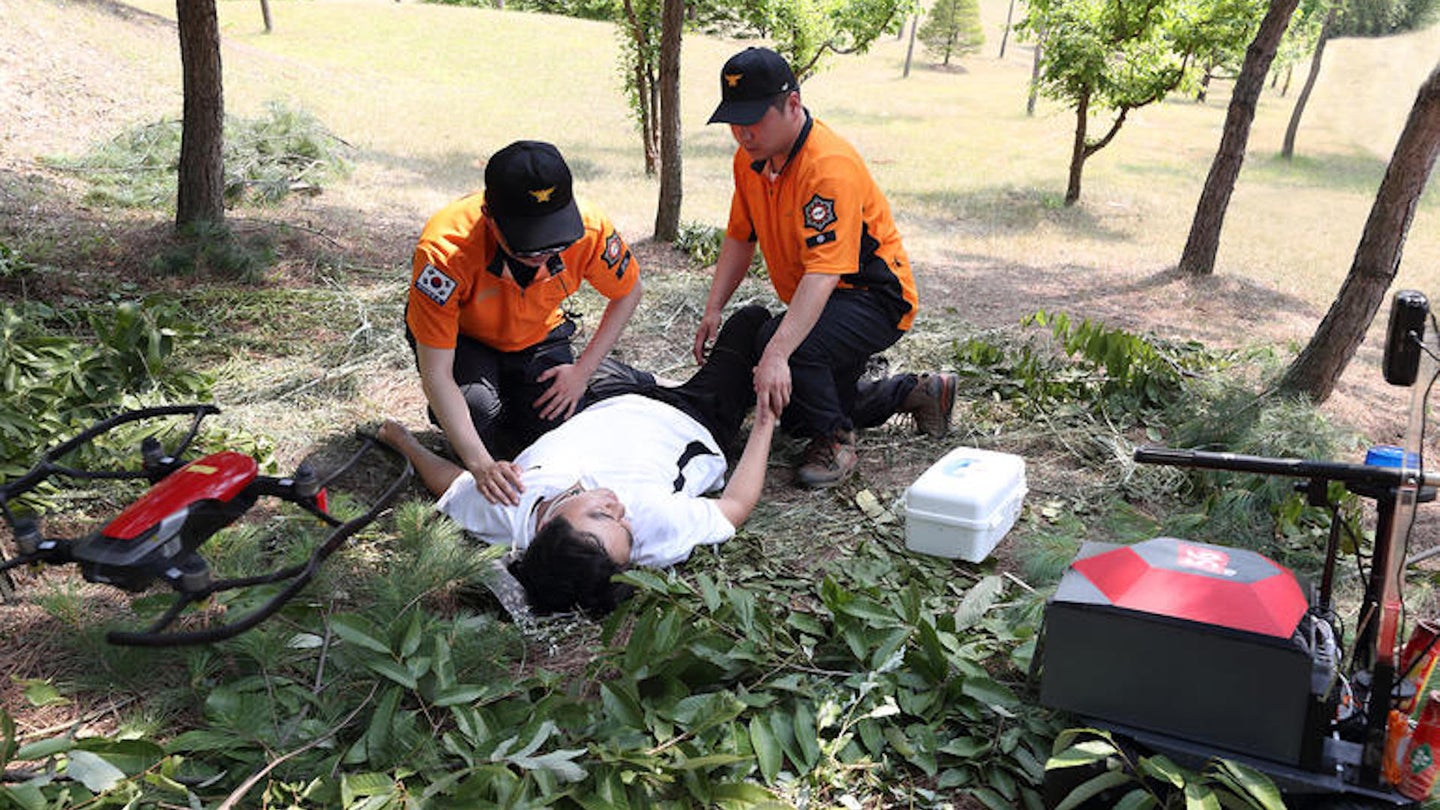 According to ZD Net, the telecom partnered with South Korean drone manufacturer, Metismake, to design the Zeppelin-shaped airship, which has a pod that can deploy Skyship drones from its underbelly. It also contains a high-resolution camera and a 5G network module, making each detachable part of the Skyship independently functional.

In practical terms, the Skyship’s use case is fairly simple. While aerially traversing above areas affected by earthquakes, tsunamis, or any other natural disaster leaving people at the whim of fate, the Skyship can scan the aftermath and locate survivors in time-sensitive desperation for help. The pod underneath opens and deploys smaller Skyship drones as soon as a person is located below. These smaller UAVs can then quickly deliver emergency supplies.

Fortunately, this isn’t merely a zeppelin that deploys first aid kit-delivering drones. As one of the most advanced telecoms in the world, KT’s contribution to basic drone-based search and rescue missions here is a little more sophisticated than that. The Skyship uses high-resolution cameras to scan the ground below, but it also scans for LTE and 5G cellular signals, which it then syncs with TK’s database. This provides first responders with extremely practical data such as name, age, and potential medical information of the people in need. So while the Skyship locates people, its drones deliver medical supplies to them, all the while rescuers are provided with medical information. Additionally, the system includes ground-based vehicles that can traverse territories drones can't.

Regarding the Skyship, itself, it has a maximum speed of 50 mph and can fly fully operationally for up to six hours. KT intends on making third-party development of its network modules and cameras easier and accessible, presumably in order to refine the entire project by any means necessary.

Ultimately, this is a pretty impressive development in the drone-based search and rescue industry. Having a large Skyship scan the ground and deploy smaller drones that can not only locate survivors and deliver supplies but relay important information to rescuers is essentially the all-encompassing approach we’ve been waiting for. It’s great to see KT bring search and rescue from mere first-aid kit deliveries to something more well-rounded and to see a model that takes advantage of everyone having a phone in their pockets.

Hopefully, we’ll get to see the Skyship in action soon, as this seemingly futuristic design is far too promising to wave away as a mere conceptual brainstorm.