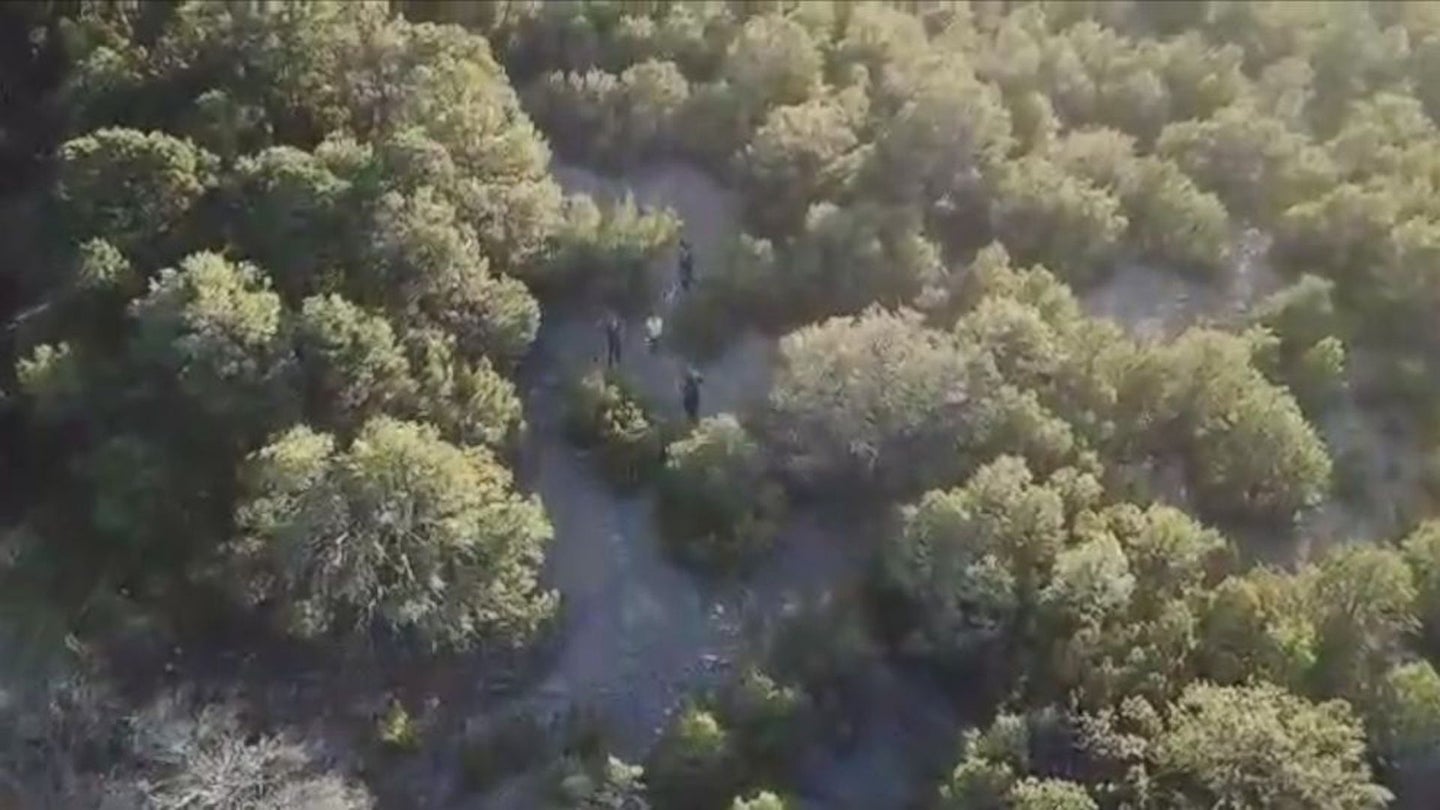 Two hikers and their indisposed dog were lost in New Mexico’s Otero Canyon last Saturday and were triumphantly rescued when a Bernalillo County Fire Department firefighter deployed his own drone to aerially locate the desperate individuals, ​according to an ABC News report. ​​​

“They were having a difficult time finding their way back,” Lt. David Lujan said. “The hikers were off the beaten path.” Lujan’s five-person search team was assisted by three other firefighters back at the command station, and reportedly only had two hours of daylight left before the situation would irrevocably make a turn for the worse. Ironically, Lujan and his team actually got lost themselves.

Fortunately, one member had taken his personal drone along, as he was coincidentally showing it off earlier to a commander. “That was forward thinking by our guys,” said Lujan.

This is where teamwork, strategy, and drone tech came into play, and resulted in every person involved getting to live another day. The drone whirred off, provided a bird’s-eye view for command, who then in turn directed the search party and the located hikers how to navigate out of their situation. The dog was reportedly the biggest hurdle to overcome, as the 14-year-old animal weighted a hearty 60 pounds. He had become immobile during the hike, presumably due to dehydration and general exhaustion.

“He wasn’t walking,” said Lujan. “The dog was just laying there.” As far as firefighters go, this group was a prime example of cooperative, helpful, and disciplined individuals. The search party reportedly took turns carrying the dog for the 1.5-mile hike back to command, and had it drink some much-needed water. According to Lujan, the group was “ecstatic” about the rescue mission and how thoroughly helpful the UAV was in saving lives.

“They were really excited they accomplished the task,” said Lujan, before explaining that the department had recently been considering purchasing two drones. “This particular mission…proved that it could work,” he said.

It’s a pretty impressive state of affairs when those responsible for saving your life, should you get lost, have more trouble carrying your incapacitated dog back to civilization than they do locating you with a drone. This is a top-notch scenario for the pro-drone argument being had in search-and-rescue institutions across the country. Camera drones are inexpensive, incredibly practical, and have already proven they can help save lives in even the bleakest of situations.