DroneTracker Can Now Detect and Protect You From Drone Swarms

DroneTracker 3.5 can now detect multiple UAVs operating as a swarm of drones. In the future, that'll come in more handy than you know. 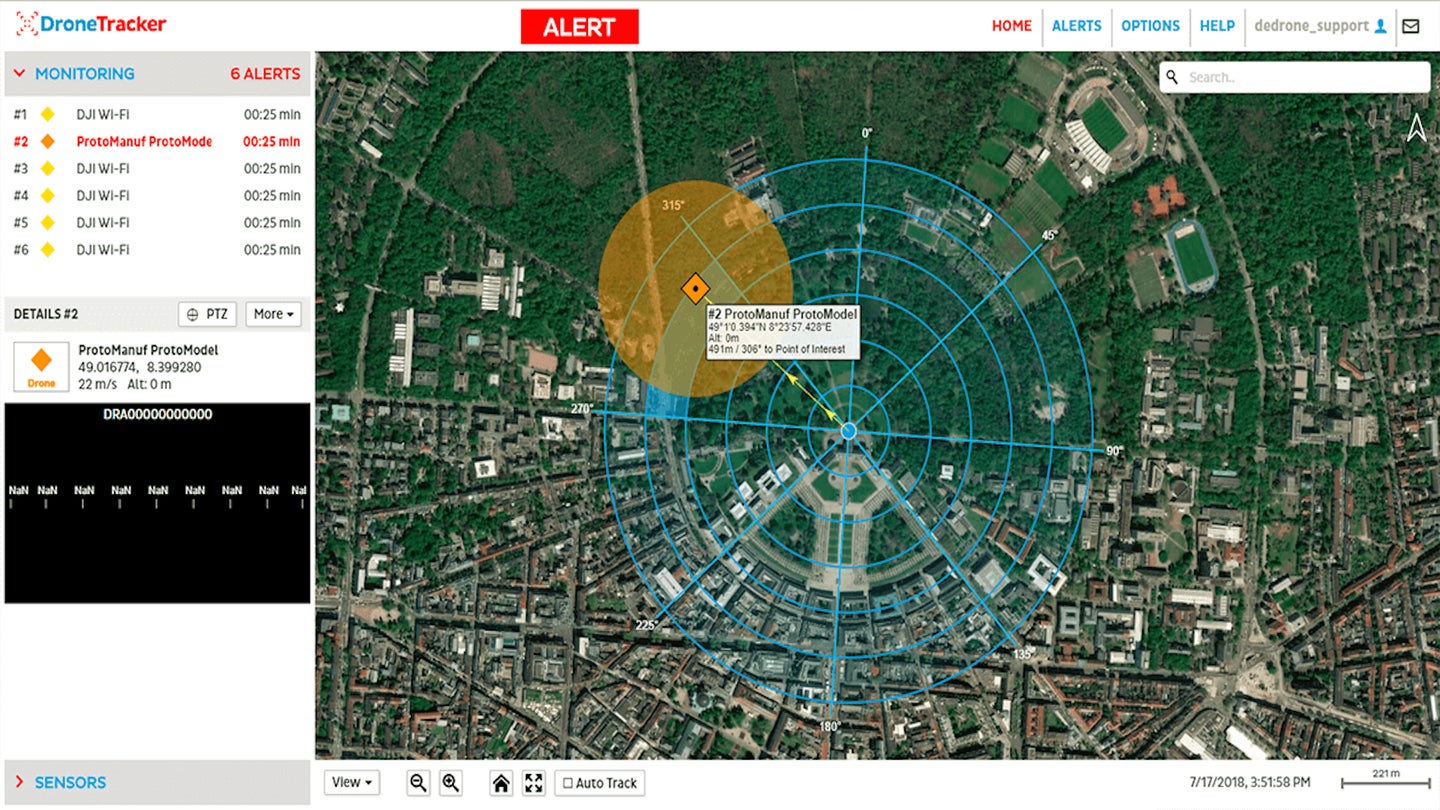 Dedrone’s 3.5 update to the popular DroneTracker app has just garnered drone swarm detection capabilities, according to a company press release. While there are other drone-tracking applications that have stood alongside DroneTracker, the fact that Dedrone is now able to provide casual users with the model, location, and speed of multiple drones being operated by a single pilot will come in more handy than we might currently understand.

The ability to effectively detect a swarm of drones rather than individual ones might not seem like a monumental evolutionary step, DroneTracker 3.5 is arriving on the heels of several important multi-drone events across the globe.

When public safety offices deploy dozens of drone fleets to assess damage and locate victims in disaster areas in the future, law enforcement on the ground could immediately tell if these incoming, aerial machines are a threat or part of a legal, registered effort to get valuable information or not. As it stands, DroneTracker 3.5 can recognize and categorize RF, Wi-Fi, and non-Wi-Fi drones, and detect, localize, and track fleets of them simultaneously.

“Security professionals are now looking beyond the single drone threat and understanding that drone pilots with intent to harm can easily coordinate efforts and use multiple drones at once to covertly spy or interrupt critical operations,” said Dedrone CEO and co-founder Joerg Lamprecht. “DroneTracker 3.5 provides forensic data of drone activity that can be used to secure protected assets, people, and infrastructure from unwanted drones.”

Additional updates to the app include improved sensor scanning and speed detection, a refined and more accurate positioning system, the ability to detect more types of drones, and a redesigned user interface with more intuitive alerts.

Ultimately, it isn’t just better drone piloting technology or the ability to operate more unmanned aerial vehicles simultaneously that we need to more effectively coordinate the search and rescue efforts of the future. We also need cohesive, all-encompassing methods of observing and assessing those efforts, and in that sense, DroneTracker seems to be doing a tremendous job of keeping up with the dizzyingly rapid pace that the rest of the industry is advancing in.