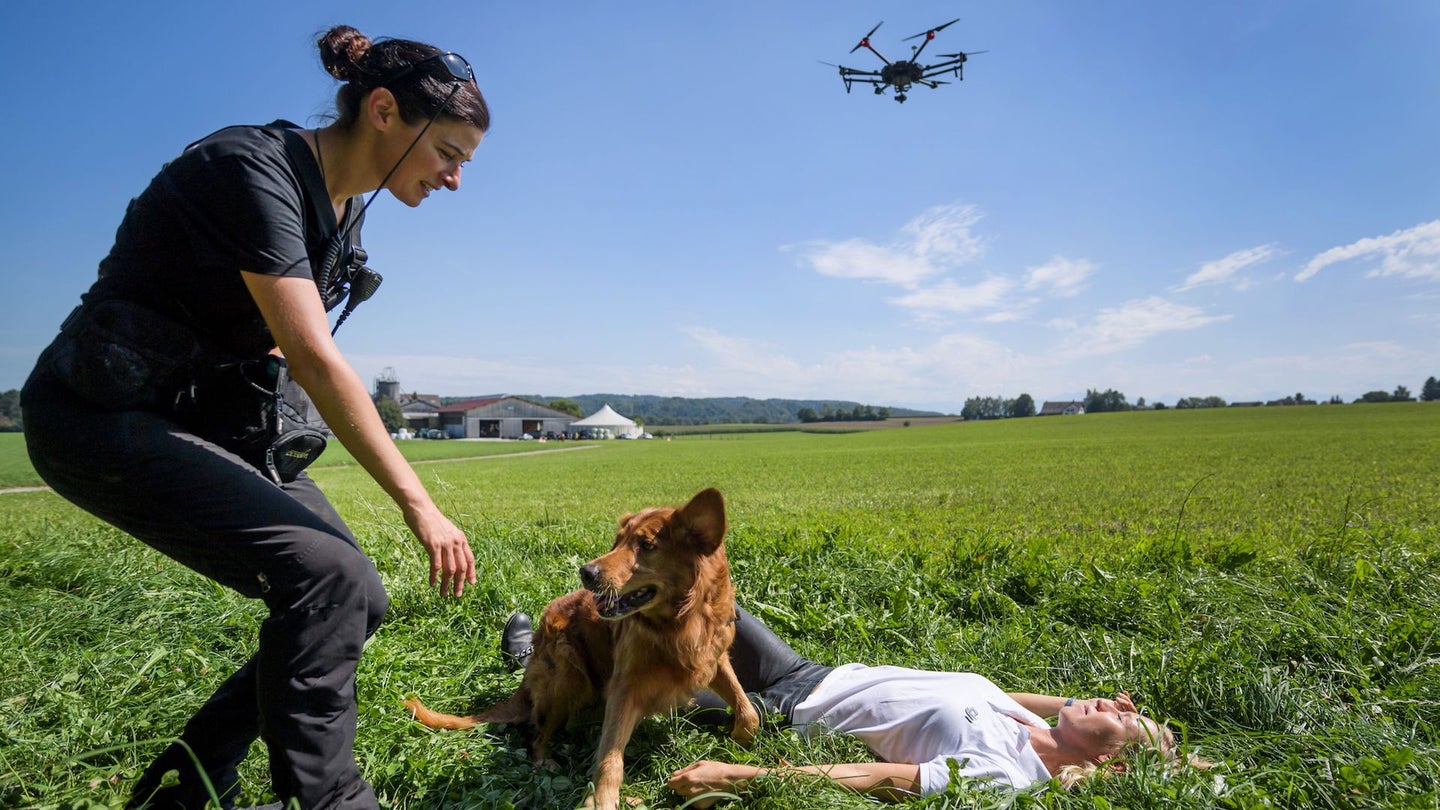 When Hurricane Maria hit Puerto Rico, a lot of the most important infrastructure was first to go. The devastation left 90 percent of cellular sites out of commission for a long time, with AT&T’s Federal Communications Commission-authorized Cell on Wings (COW) drone providing Puerto Ricans with LTE cell service for the first time in weeks. According to CNBC, Verizon is now joining this seemingly niche industry, as the intersection between telecoms and drone-based search and rescue operations grows more popular every year.

Verizon has been conducting trials using 200-pound drones in Cape May County, New Jersey. These unmanned aerial vehicles, similar to AT&T’s COW drones, provide 4G LTE cellular service throughout a one-mile range. Verizon’s Vice President, Michael Haberman, seems to understand that the ability to locate people using their phones (and being able to communicate, in general) is one of the most effective ways to save their lives.

“The ability to bring coverage to an area that had no coverage really quickly is something that emergency responders are all over,” said Haberman. “Could you imagine if you’d be able to bring drones through an area, and you can cover a mile, which is a pretty big area, and all of the [sic] sudden the user, who most have smartphones, can actually use their smartphone product and call for help and help us identify who they are.”

Well, South Korea’s TK telecom certainly understands the kinds of advantages this could provide the search and rescue industry with, as it just unveiled a 5G LTE airship that can deploy smaller drones to locate and identify survivors of disasters. While TK’s endeavor covers far more ground than Verizon’s initiative here, it’s definitely a start, and one that citizens in Puerto Rico and other future territories in need of this kind of assistance will certainly appreciate.

Haberman told CNBC that even though the company is still in testing trials, Verizon’s drones are fully operational and ready to go, should another natural disaster strike. Fortunately for those living in hurricane-prone environments, the telecoms are at least aware and proactive in using their far-reaching services to actually help those who are ailing.

The telcom giant wins a long bidding war for a company that holds short-range FCC spectrum—presumably for autonomous vehicles.