If you’ve got one on order, owning an electric F-150 is about to get a lot closer. 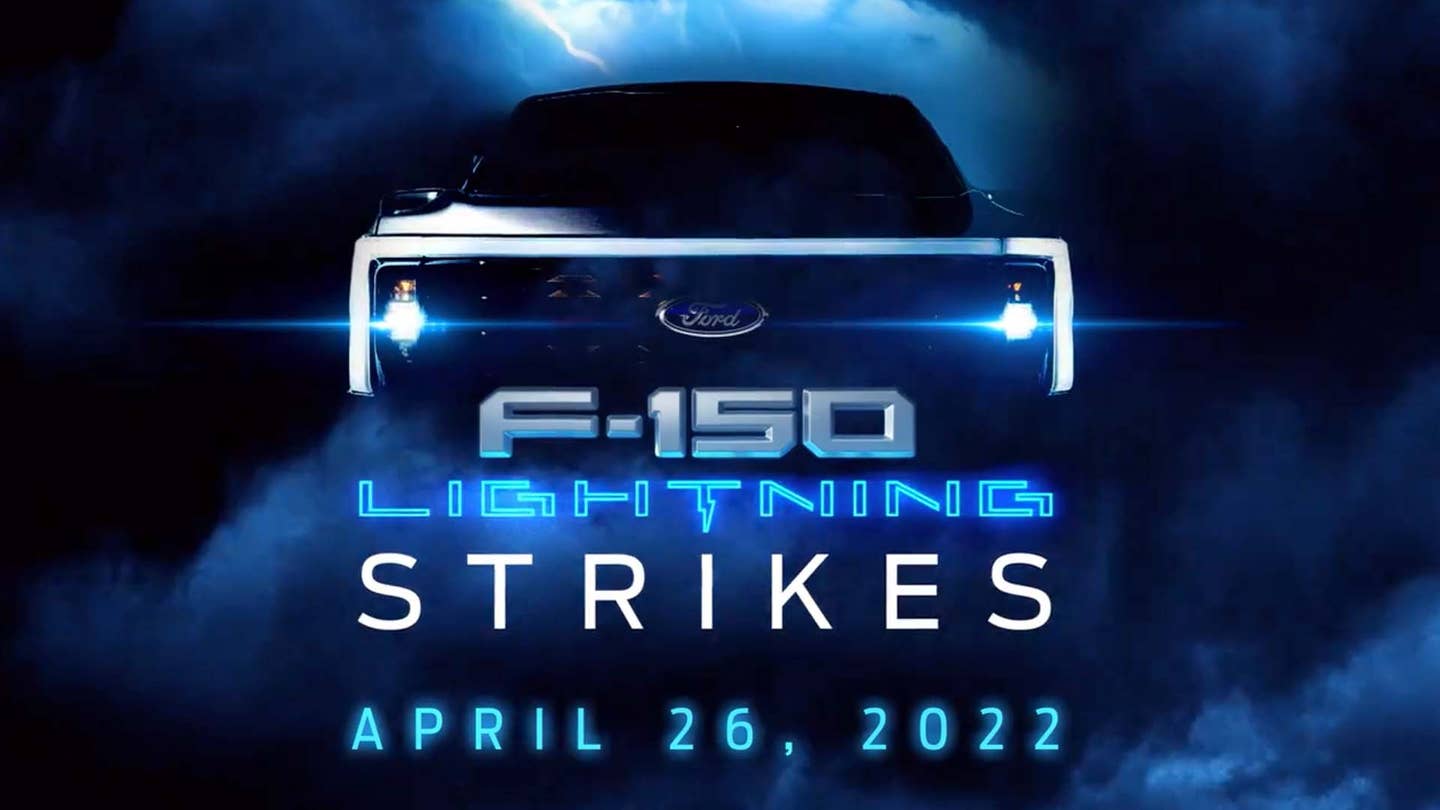 There's good news if you've been anxiously awaiting the start of 2022 Ford F-150 Lightning production: it kicks off on April 26. That's in less than two weeks, and it lines up with Ford's previously announced spring timeline. The truck has been in pre-production at the Rouge Electric Vehicle Center in Dearborn, Michigan, for a couple of months, but this will be the real deal.

Ford notes that employees and even some Lightning customers will be at the plant that day when the first electric F-150 rolls off the assembly line. There's no word yet on what spec it will be, but one has to imagine it'll be a high roller like the roughly $93,000 Platinum model. Maybe in silver?

Regardless, Ford's touting this as "the first-ever full-size all-electric pickup to go on sale." You might remember, though, that the Rivian R1T and GMC Hummer EV hit the road months ago, and the latter weighs more than 9,000 pounds; I'd consider that full-size. Either way, I understand what Ford's getting at—the Chevy Silverado EV is slated to be a 2024 model, and Ram's yet to really reveal its own battery-powered offering.

This is a big deal, no matter how you look at it, given the F-150's prominence in the auto industry. The F-Series has been America's best-selling pickup for 45 years in a row, and a study from 2020 claims the F-150 to bring in more revenue than any other American consumer product that's not an iPhone. Even if you're not into trucks, the Blue Oval pickup has a substantial impact not only on our country's roads but also its economy.

As a reminder, the 2022 Ford F-150 Lightning makes 563 horsepower and 775 pound-feet of torque from a pair of electric motors. That means it's got full-time four-wheel drive, which is helpful in more ways than one, and it nets a max EPA range of 320 miles. Max payload is rated at 2,000 pounds, and it can tow a total of 10,000 pounds in its most capable form. Base pricing for the fleet-only F-150 Lightning Pro model starts at $41,669 after destination, and if you're just an Average Joe who wants their own personal electric truck, you'll be paying at least $54,669 for an XLT model.