You have to act like you've been there before, man. 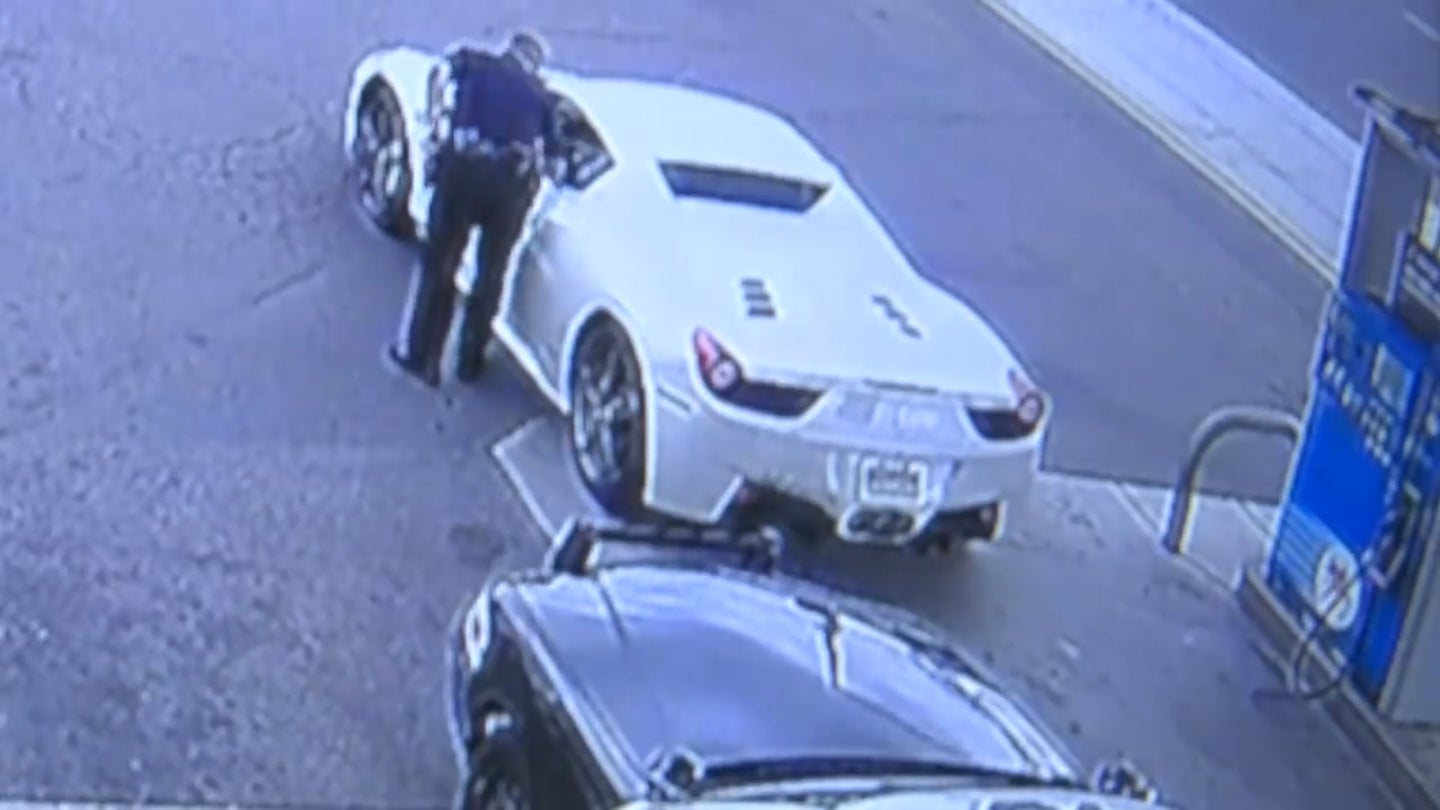 A thief who swiped a Ferrari from a southern California service center last month was finally busted two weeks later after he ran out of fuel and started begging for gas money at a local service station, the Los Angeles Times reports.

Owner Susan Friedman became the victim of a seemingly perfect crime after she dropped off her white 2015 Ferrari 458 Spider at the Ferrari & Maserati of Newport Beach service center for some work in October. Shortly after, a man wearing a Ferrari jacket strolled in during business hours, noticed the employees had left her keys in the $340,000 supercar, and drove away without anyone batting an eye. The dealership has so far refused all media requests for comment.

Even worse, no one noticed the car was missing until 27 hours later. That lead time meant police had little to work with, and as the days dragged on, Friedman told the Los Angeles Times that she assumed some sort of organized crime ring had swiped her Ferrari and sent it to another country.

Except, not quite. The crew in the 2000 Nicolas Cage tour-de-force would have loved such an easy target, but it's likely they would have avoided what happened two weeks later. We don't know exactly what went down during that fortnight, but it can't have been good—on November 1st, the tattered-looking Ferrari pulled up at a gas station in Santa Ana, and out stumbled a haggard Israel Perez Rangel.

Witnesses told NBC Los Angeles that Rangel started begging for gas money, and he fled when approached by two Santa Ana police officers who had spotted the stolen car. The damage was extensive: The transmission was trashed, a paddle shifter was broken off, the dashboard was "chopped up," all the Ferrari emblems had been torn off the exterior, the tires had been ruined, the rear diffuser was cracked, and there was dried vomit all along the side. According to the onboard computer, Rangel had put over 1,400 miles on the car over those two weeks, managing to hit 157 mph at some point as well.

Rangel was quickly found hiding outside a nearby Holiday Inn and arrested, and he later pleaded not guilty to grand theft auto and other charges. The damage was reportedly valued at around $50,000, but Friedman had since received a check from her insurance company and used it to buy a 2018 Lamborghini Huracan. Hopefully she'll have better luck at their service center.