It may ‘just’ be a 968, but Porsche purists are definitely going to hate this. 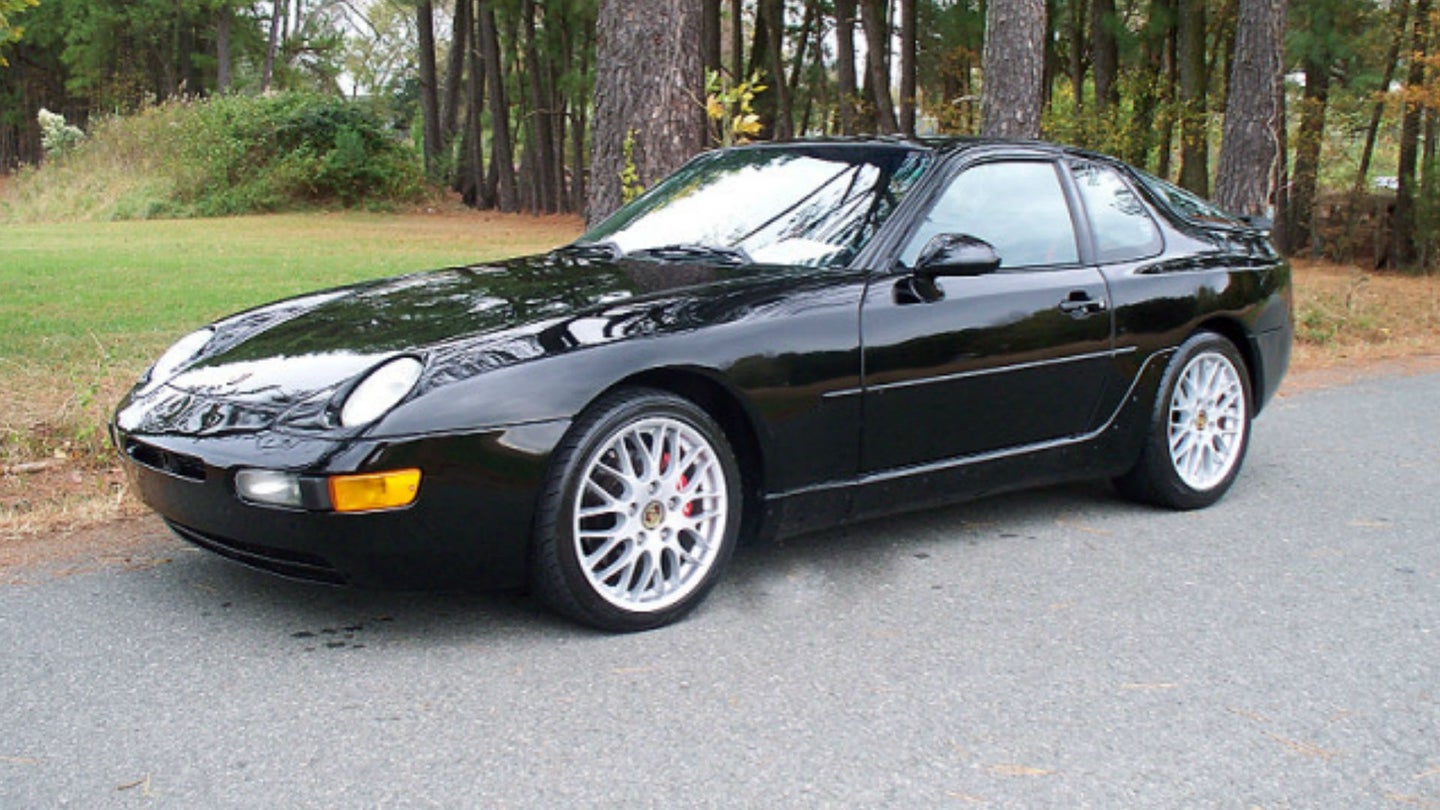 Is it automotive sacrilege to V8 swap a Porsche? Probably, as the only 8-cylinder cars Porsche ever made were the 928, Cayenne, and Panamera. But what about putting one in a lowly 968?

This 1995 Porsche 968 with a 5.7-liter LT1 V8 from a '94 Corvette tests the waters, and we think it's well executed. The owner says the engine swap was done professionally by Renegade Hybrids, who appear to be the masters of strange Porsche conversions.

The 968, which the owner has affectionately named Gunther, currently has 153,000 miles on the clock, although the engine has less. It—or "he" according to the seller—features a black exterior with matching interior, as well as a completely redone ignition system and modified 6-speed manual transmission to handle the nearly doubled displacement from the V8. It has also had its catalytic converter removed, so good luck passing smog in California and letting the neighbors sleep in.

The seller won't say how much power the 96(V-)8 now makes, but a C4( 1984-1996) Corvette with the small-block LT1 engine made 300 horsepower from the factory, so Gunther should make around that. The swap doesn't make much sense, considering the 968's 4-cylinder engine makes 237 hp, but we're guessing the owner wanted the improved torque and responsiveness only a V8 can deliver.

The Porsche 968 was originally developed as the final variant of the iconic 944 grand tourer,  but Porsche technicians ended up replacing 80 percent of the 944's innards, eventually becoming a brand new model dubbed the 968. The 968's 3.0-liter engine was one of the largest 4-cylinders at the time, and the last 4-banger Porsche put in its cars until the introduction of the 718 Boxster last year.

The purists will scoff, but a Porsche grand touring car with a proper V8 for $13,000 sounds like a good deal to us.