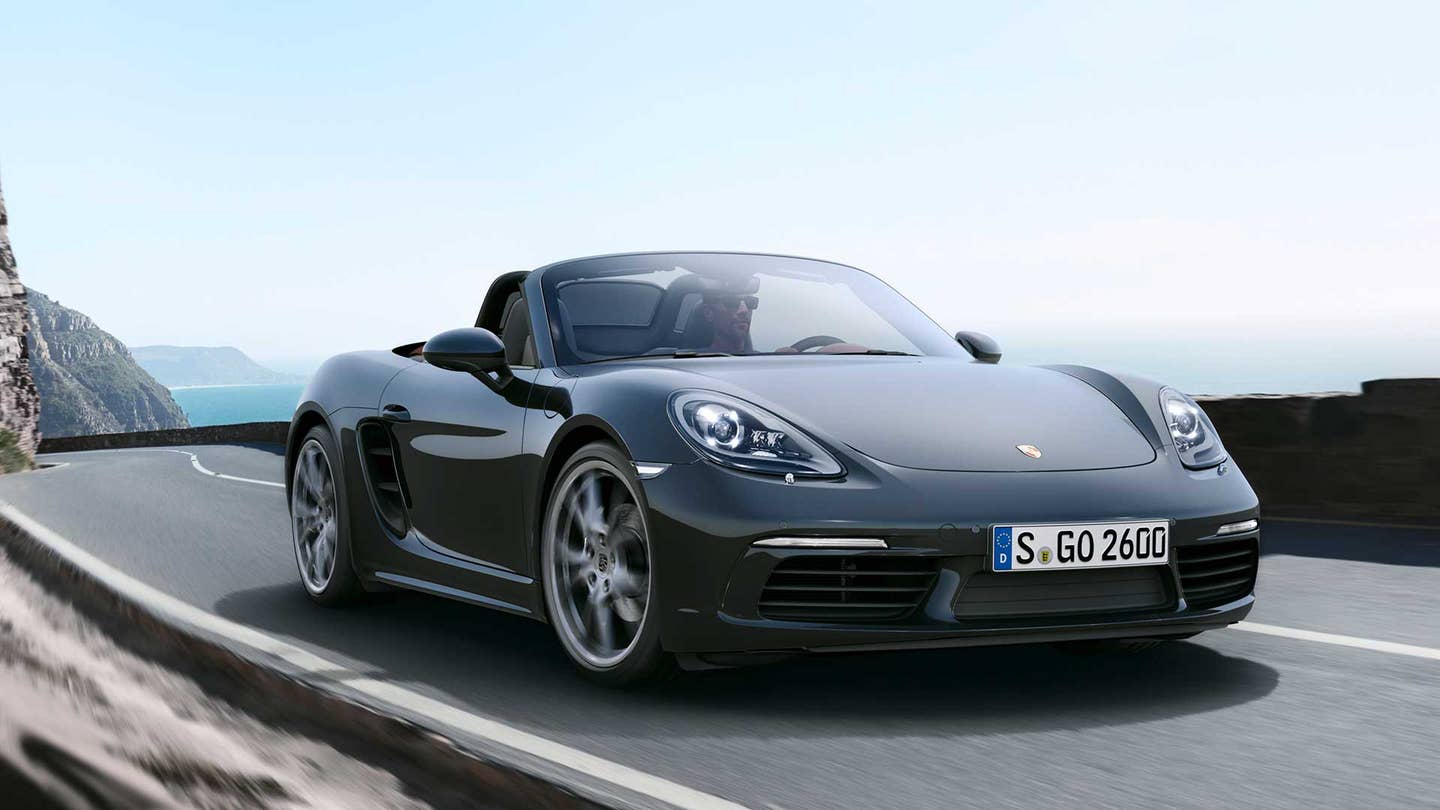 Porsche has officially revealed the shiny bits and oily mechanicals of its new 718-branded Boxster roadster. As expected, both models (the 718 Boxster and 718 Boxster S) are now both powered by turbocharged flat-four engines, meaning that if you like your P-car two-seaters with a healthy serving of flapjack flat-six, better run down to the dealership right now and order one of the last GTS models. Or, better yet, a Boxster Spyder and some sort of waterproof hat.

The Boxster marks its 20th anniversary this year, and my, how Porsche's entry-level model has grown. Two fewer cylinders is rarely a step forward, but your base Boxster is now up to a healthy 300 horsepower—quite a step up from the 201 ponies produced by its original 2.5-liter flat-six. The new turbo four, a 2-liter, puts out 35 hp more than the outgoing base car. Even better is the torque. That’s up to 280 pound-feet at just 1950 rpm, an improvement of 74 lb.-ft. when compared to the outgoing base car. Given the long gears of the Boxster, this should provide zippier in-traffic acceleration for urban dwellers; Porsche claims a 0-60 mph time of 4.5 seconds, nearly a second better than the old car.

For the 718 Boxster S model, a turbo 2.5-liter, produces 350 hp and 309 lb.-ft. of torque. Sixty mph, says Porsche, arrives in 4 seconds flat, when equipped with the Sport Chrono option and the PDK dual-clutch transmission. That’s quicker than a base Carrera in a straight line, indicating that Porsche has figured out a way to take the choke chain off the Boxster while still leaving a halo on its brand-defining 911, which still has a flat-six (with 370 hp).

In addition to some sharpened style inside and out, the Porsche 718 Boxster has a new driving mode controller on the steering wheel, plus some rearranged badging out back. Adjusted for inflation, this new 718 Boxster is cheaper than the original, much quicker, probably quieter, and thriftier on fuel. Why, then, are we still longing for the naturally-aspirated version with an old-fashioned stick-shift and a top that barely works? Progress is a strange animal. So are we.