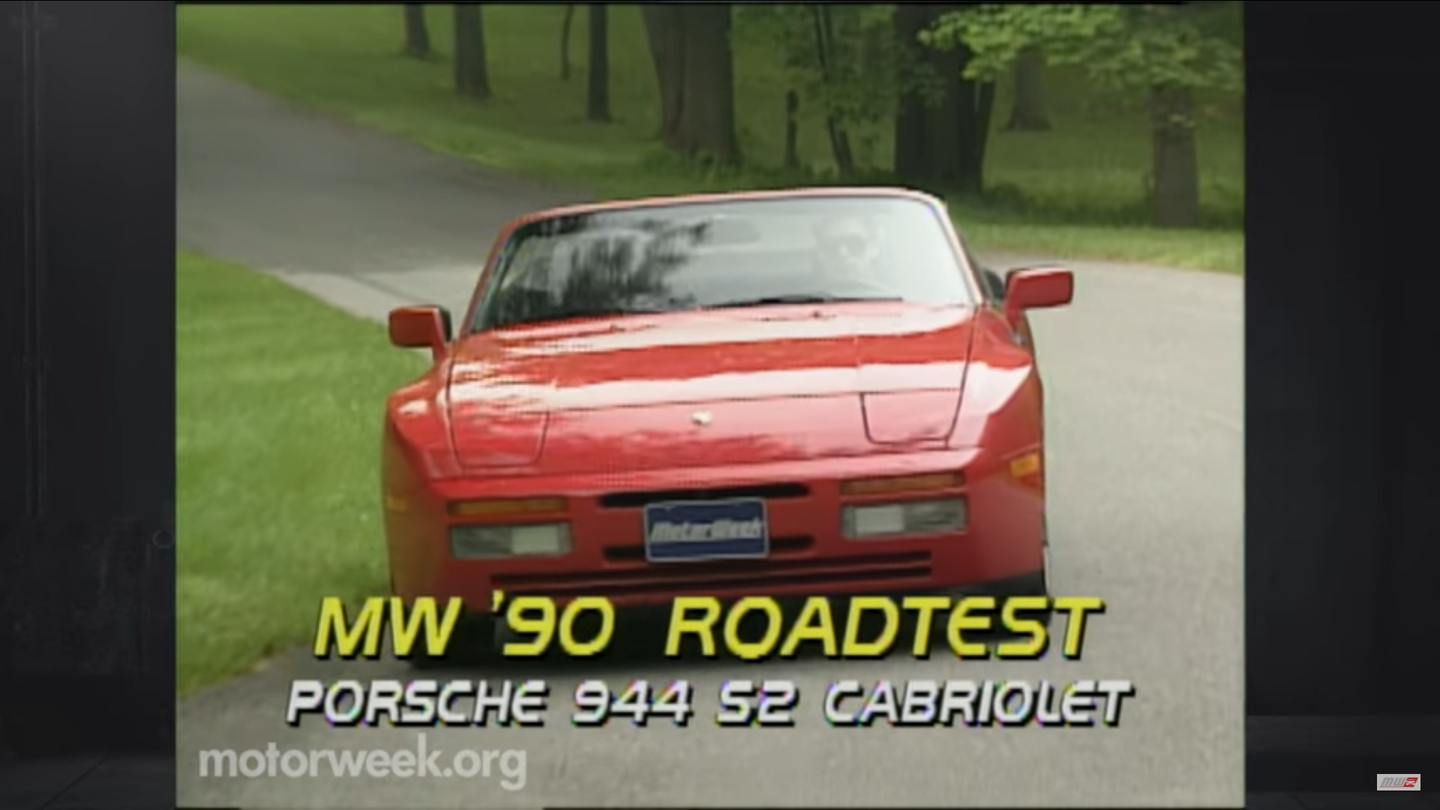 MotorWeek's Retro Review series is fantastic. Every once in a while they'll post up a gem from their decades of back catalog to entertain their YouTube followers, and if you aren't one already you really need to be. This particular video is a favorite of ours, as it covers one of the weirdest sports cars Porsche has ever built. It took Porsche more than 15 years to decide to build an open-top version of their transaxle lineup, and when they finally did it was a bit of a compromise, but absolutely worth the effort for sublime top-down driving. The top-down 944 was an afterthought, but it was no less exciting to drive.

As mentioned in the MotorWeek review, Porsche took a standard 944 body-in-white and shipped it off to ASC to be converted. Once the top is removed, and a second floor pan is welded in, the car is shipped back to Porsche for drivetrain and paint. A second round of shipments sends the car back for top installation and trimming. It was hardly the easiest way to do things, but being that Porsche only made about 7500 944s with drop tops, we suppose it must have been the most expedient way to produce them. The car even had a bespoke rear decklid and high-mount stop light, so it's easy to see why it was so much more expensive than a coupe. Semi-related fact: Porsche made just over 500 944 Turbo Cabriolets for worldwide consumption, so if you can find one of those you should probably snap it up and enjoy top down boosting driving.

The 944 S2 Cabriolet has been on our 'need to own' list for years now, but because of this video we're inclined to elevate it to the top of our list. Someday soon we need to get one in our driveway before they get too expensive for our liking.

That is to say: There’s a new episode of Top Gear this Sunday.