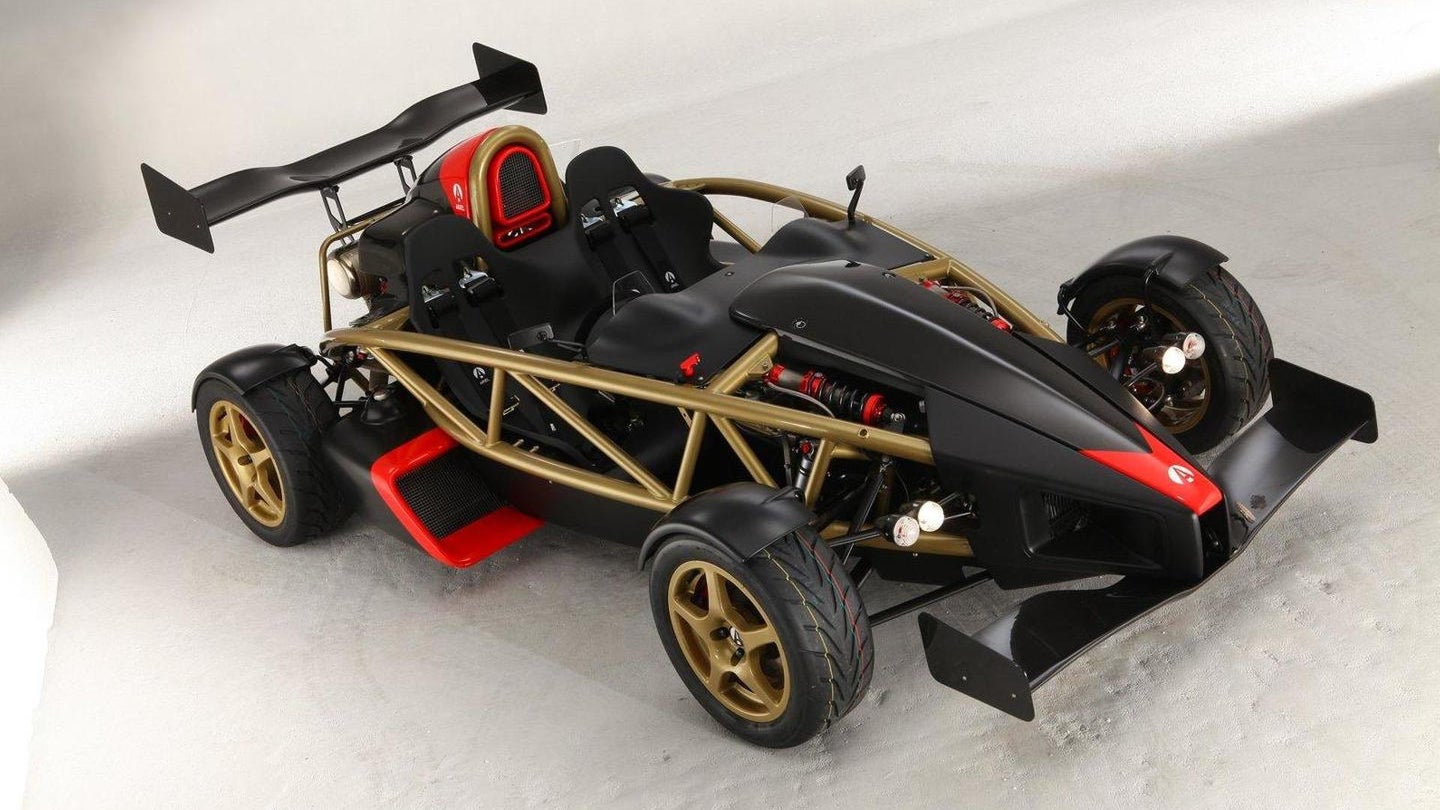 This is it, the age of the electric performance car. After the beloved McLaren P1, Ferrari LaFerrari, and Porsche 918 trio of hybrid hypercars came out and showed the world that electric power was the key to shocking performance figures, car companies started rolling out prototypes like hot cakes. Even the smaller companies like Ariel are willing to get their feet wet - famous for its track-proven Atom and trail-happy Nomad, the company's flyweight chassis are the perfect match for a 1200-horsepower electric motor, don't you think? Ariel's glad you do.

Rumors of a hybrid-electric successor to the Atom have been circulating the web since mid-2016, and now we have confirmation that such a monstrosity exists. ​Autocar​​​ broke the news Tuesday that the all-new Ariel P40 hypercar will go into production in 2020. The car will apparently make 1180 horsepower and 1328 lb-ft of torque from an electric powertrain, rocketing it to 60 mph in 2.4 seconds. It's set to weigh about 3500 pounds come standard with four-wheel drive, with a rear-wheel drive model also planned.

The P40 stems from a joint project between Ariel and the UK government to produce a reduce-emissions performance car. This unfortunately means that the car will be limited to a top speed of 160 mph, but the performance specs indicate it could do well beyond that, potentially dethroning the Bugatti Chiron.

Although the exterior isn't even complete yet, the car is set to officially debut at the end of August.