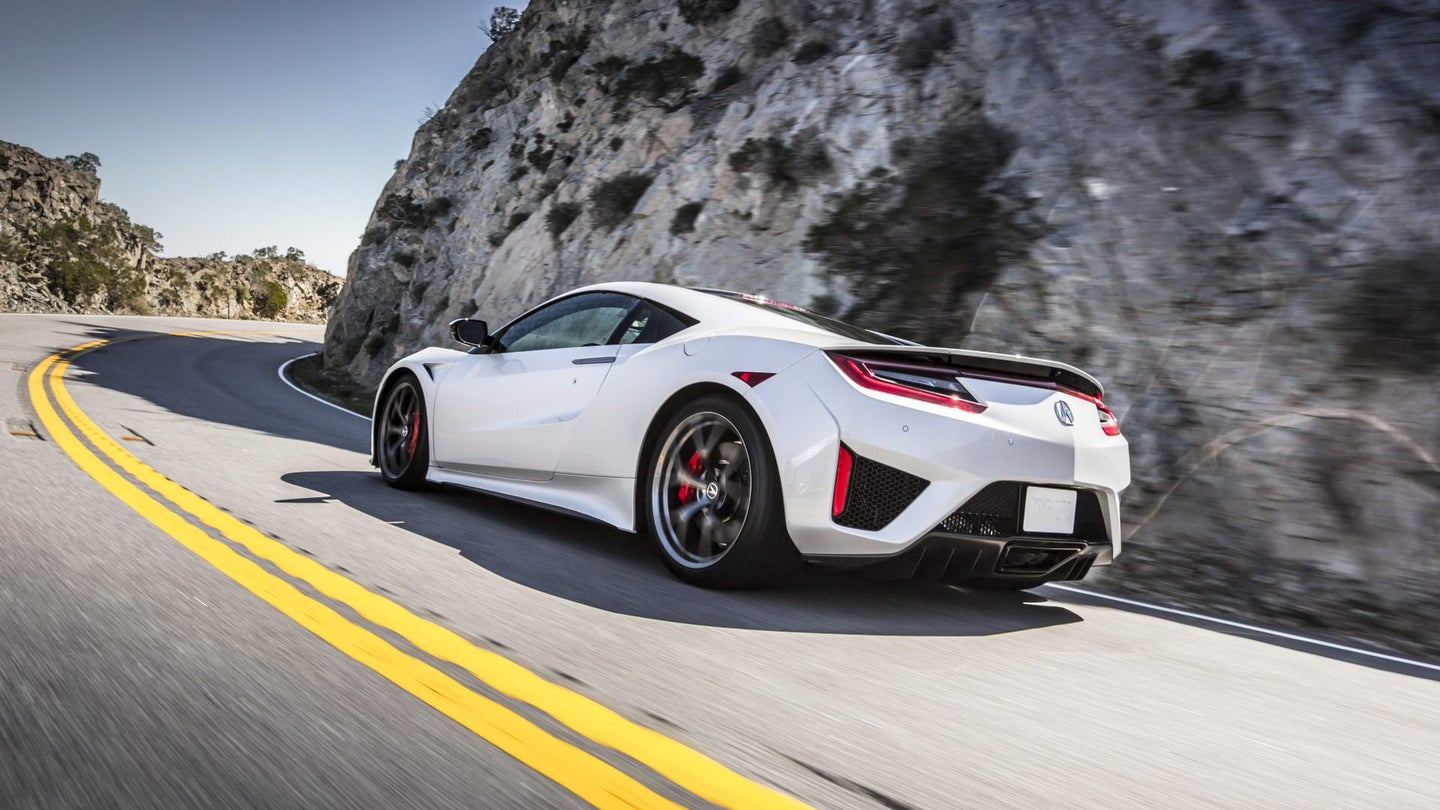 On the heels of reports that the new Toyota Supra may partially be powered by electricity, Honda is already discussing further electrifying the next-generation of their halo supercar, the NSX.

In a report by Autocar, Honda R&D head Sekino Yosuke says the Japanese automaker is interested and open to making the next NSX an electric-only affair. More specifically: a 1,000 horsepower, quad-electric-motored hypercar-killer capable of going from 0-62 mph in 2.5 seconds and 0-124 mph in 6.2 seconds. Many have described the current NSX as a poor man's Porsche 918 Spyder. If this volt-powered NSX does come to fruition as described, it could make it a bona fide 918 Spyder alternative.

The intentions stated by Yosuke aren't merely examples of wishful thinking rooted in dreams and pixie dust either, as the statements were made during a demo of the Acura EV Concept—an all-electric, four-motored, 1,000 hp Pikes Peak race car that just happens to wear the bodywork from an NSX.

"The technology used on the Pikes Peak car could be interesting. It's not just a competition car; I would like to make such a car in production, and there are some studies around that," Sekino Yosuke of Honda R&D said. "We want our electric cars to be joyful to drive, and it is clear that this proposal, with around 1000 bhp, is both joyful and uses technology that could one day reach production. We are evaluating what is possible now."

Weighing in at one and a half tons, the Acura EV Concept has an electric motor solely devoted to each of the car's four wheels and delivers a modified version of the SH-AWD system found in the production NSX. It finished third overall at the famed Colorado hillclimb for which it was custom-built last year.

With the current NSX still quite early in its life cycle, it goes without saying that its reportedly EV successor is still quite a few years away. Until then, we still have the NSX Type R to look forward to.