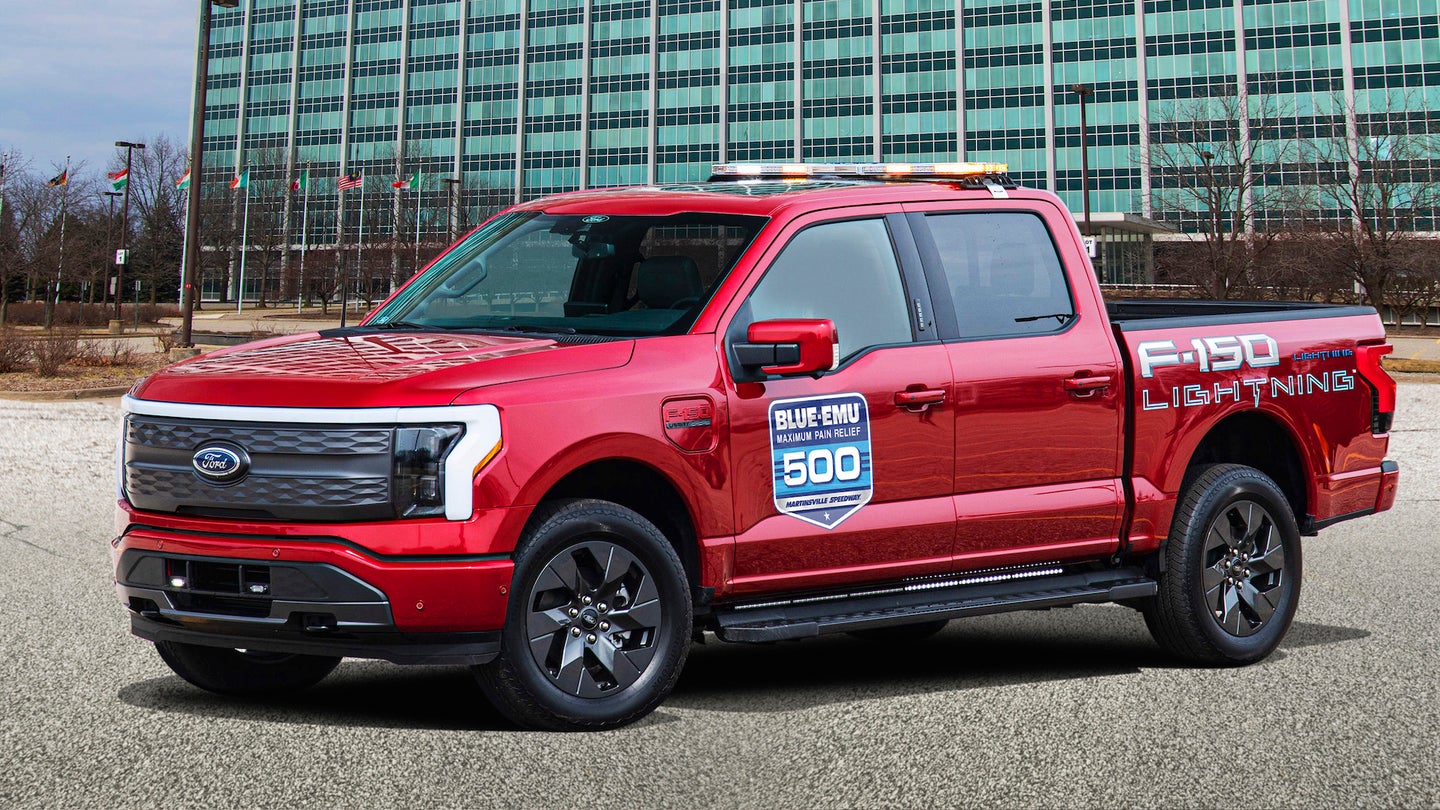 Heading up a grid of roaring stock cars this weekend will be a silent electric pickup truck, because the 2022 Ford F-150 Lightning will serve as the official pace care of this Saturday's NASCAR race at Martinsville Speedway in Ridgeway, Virginia. It will notably be the first-ever electric truck to pace a NASCAR race (which mostly means it beat the Rivian R1T, GMC Hummer EV, and Tesla's still non-existent Cybertruck to the punch) but it won't be the first electric Ford to do it. Nor will it even be the second.

Last April, a Mustang Mach-E kicked off the race at Talladega and way back in 2012 (which is 10 years ago now, believe it or not), Ford sent an electric Focus to serve as the pace car in Richmond, Virginia. If you don't believe me, here's a video documenting what that looked like.

Look at how dorky everything related to electric cars used to be! The water-blue paint, the leaves stuck down the side, the unassuming hatchback form. Makes me pretty glad that those days are mostly behind us.

Now, we have big red pickup trucks doing the same duty. NASCAR Cup Series driver Ryan Blaney who drives the No. 12 Mustang for Team Penske said, "I haven’t driven the Lightning yet, but if it’s anything like the Mustang Mach-E, it’s going to be a blast. I hope it ends up being the only thing in front of me once the race starts." The Lightning produces 563 horsepower and 775 pound-feet of instantaneous torque, propelling it from zero to 60 mph in "the mid-four-second range." It may not be quite as racey as the literal race cars it'll be reining in this weekend, but it ain't no slouch.

This weekend's Cup Series race at Martinsville is scheduled for April 9 at 7:30 p.m. ET. The 2022 Ford F-150 Lightning will begin reaching customers later this spring.

Got a tip or question for the author about the F-150 Lightning? You can reach him here: chris.tsui@thedrive.com.