That WRC car was flying. 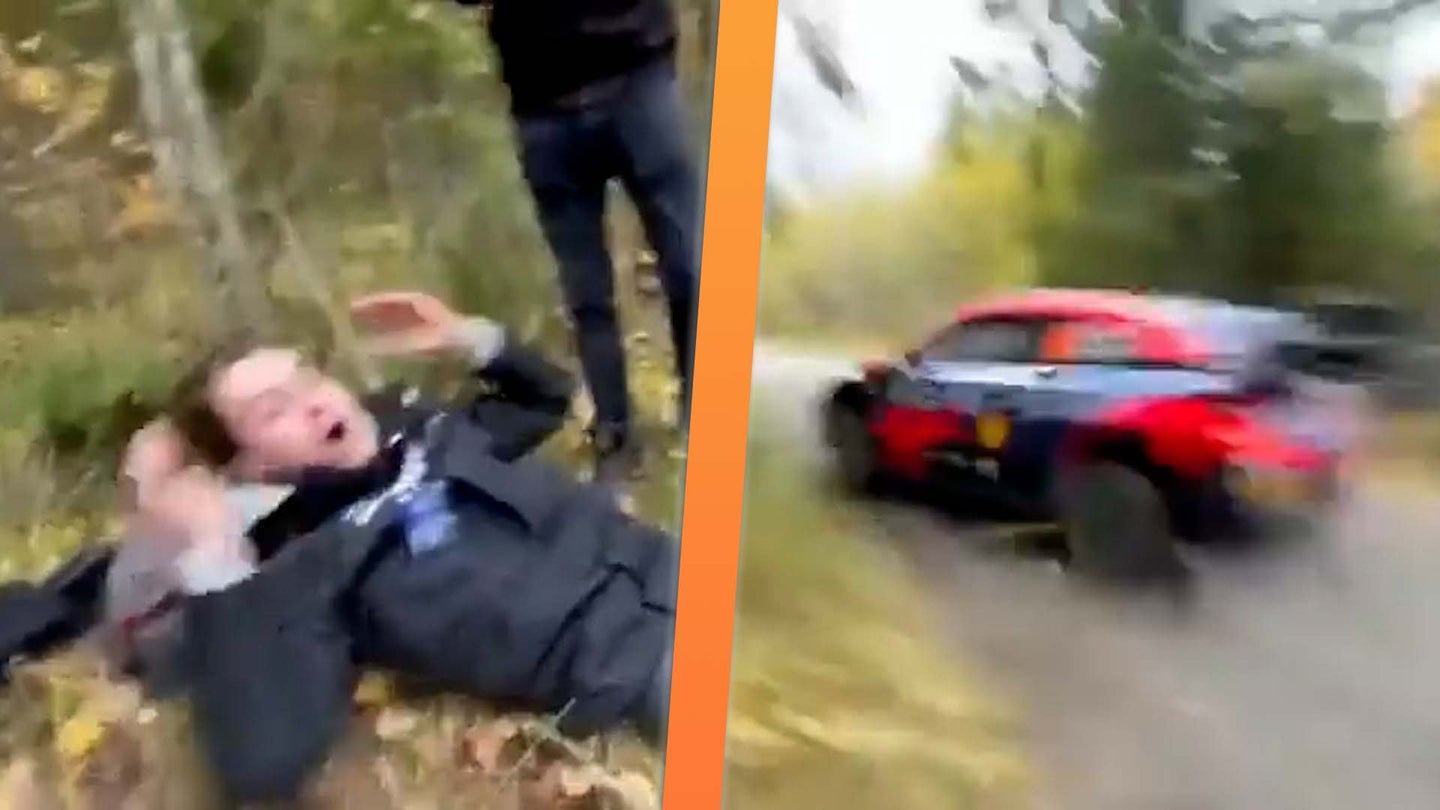 Rally people are a breed apart from all other sports fans. They can (and do) put life and limb at risk just to get as close to the cars as possible, all in the name of getting their adrenaline fix. And when they do get their fix, they go wild like the fans filmed in a recent video posted to Twitter by Autosport.

Said fans' drug of choice was a Hyundai i20 WRC driven by Craig Breen at Rally Finland this past weekend. Breen is depicted exiting what's probably a five right, transitioning into a flat-out left, swinging his Hyundai around with a Scandinavian Flick into a full-throttle, four-wheel drift. As anyone would when that happens literally in their face, the spectators on the left-hander's apex lost their shit.

My favorite dude has got to be the one wringing his hands on the left side of the frame, screaming at the camera before falling to the ground, his limbic system in overload. (Basically me any time I see an Eagle Summit Wagon.)

Not only did he come as close as you can to any racing vehicle; he did so without so much as caution tape between him and the car. You can't say that about even a NASCAR race these days, though that's for the better—nobody wants another racing disaster like the 1955 24 Hours of Le Mans.