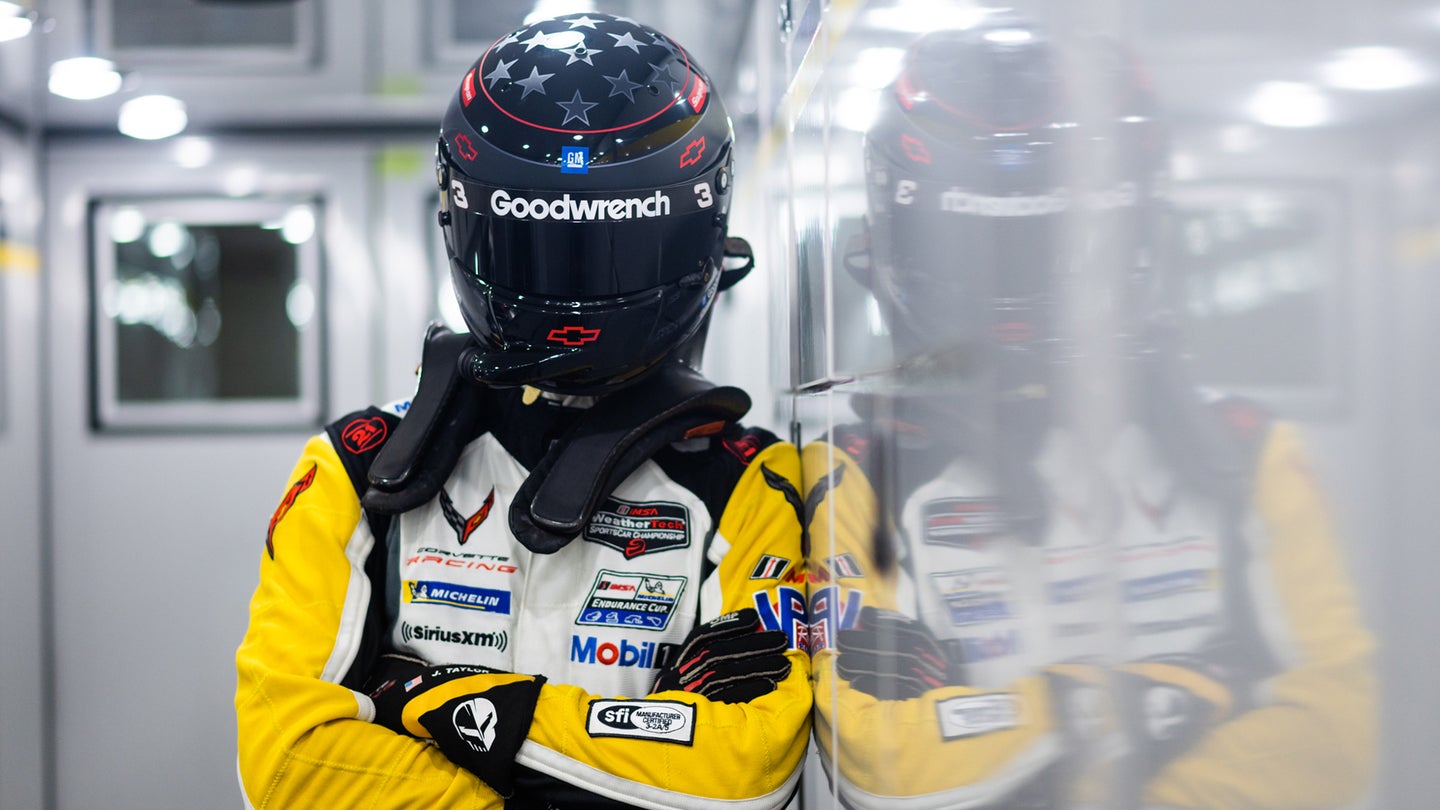 I'm not sure I'll ever get tired of people doing it for Dale. The meme's a little stale, sure, but it represents a lifestyle most car folks can get behind. No one else really lives that lifestyle like Corvette Racing driver Jordan Taylor, and he's bumping it up a notch at Le Mans this year by wearing a helmet dedicated to Dale Earnhardt. Pretty fitting seeing as he drives the No. 3 C8.R 'Vette.

When Taylor isn't driving a racecar, posting an awkward comedy skit clip online, or dressing up as NASCAR superfan Rodney Sandstorm, he's talking about his love for Dale Earnhardt. Presumably. We don't spend a lot of time together but I do follow him on Instagram and if you do too, you'll agree with me here. That's why he's honoring The Intimidator with a classic black Goodwrench-themed lid at the iconic French endurance race.

Earnhardt might not have raced at Le Mans during his career, but he did drive a yellow No. 3 Corvette at the Rolex 24 in 2001 with his son and Andy Pilgrim. Everyone in sports car racing remembers that crossover episode fondly, and who knows, maybe Earnhardt would've driven at Le Mans later on. You can't help but think he'd have driven well there like he did everywhere else.

As goofy as Taylor seems online, he's also a stellar race driver. He won the IMSA Weathertech Sportscar Championship in 2017 while driving a Cadillac DPi V.R, and he's taken the series' GTLM class championship two years in a row with Corvette Racing. One of his crowning moments remains his GTE Pro victory at the 24 Hours of Le Mans in 2015 while driving a Corvette C7.R.

Taylor asked Dale Earnhardt Jr. for permission to run the helmet modeled after his father's, and as you can see, Junior was cool with it. Here's hoping Taylor can "Do it for Dale" once again and put those famous colors on the podium—maybe even the top step. This year's twice-around-the-clock event starts on Aug. 21 and will run until 9 a.m. on Sunday, Aug. 22.