Three members of the Porsche team tested positive for coronavirus on Sunday at Le Mans, which could have effects beyond this week's Nürburgring race. 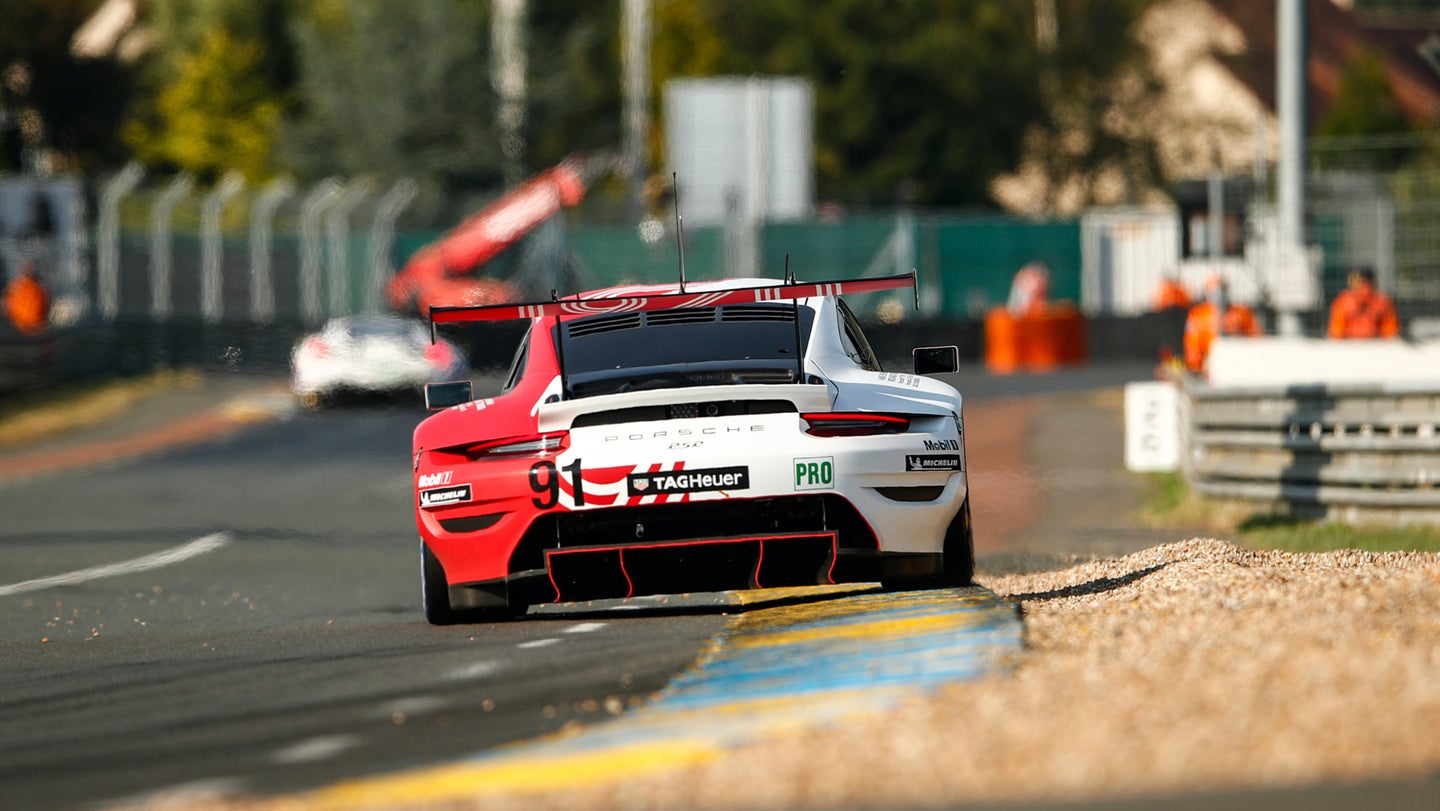 Porsche pulled every single person who went to the 24 Hours of Le Mans out of this weekend's Nürburgring 24 Hours race after three people affiliated with Porsche's teams tested positive for the coronavirus. The tests were administered by Porsche following the conclusion of the race on Sunday.

Porsche fielded 10 cars of Le Mans' 59-car field last weekend, two of which belonged to its factory GTE Pro team. With such a large number of participants just from Porsche who could have been exposed to the coronavirus, this could spell bigger trouble for the World Endurance Championship (of which Le Mans is a part) as well as other racing events looking to restart. The paddock was a pretty closely packed environment even without fans this year, and if Porsche found infections, who else might have been exposed?

Porsche's no-'Ring quarantine extends to "factory-contracted racing drivers as well as members of Porsche Motorsport and Manthey-Racing who worked at the 24 Hours of Le Mans last weekend," per their announcement.

This means that Manthey Racing, who runs Porsche's factory GTE Pro Le Mans team, will not be fielding any cars at the Nürburgring 24 Hours at all. The team is known for its bright "Grello" (green and yellow) cars that are usually front-runners at Nürburgring races. While Manthey is considered a customer team for the Nürburgring 24 Hours, they're sort of a de facto factory effort given that Porsche owns 51% of the company.

Nine racing drivers in total who participated in Le Mans will not be able to do the Nürburgring 24 Hours as a result, as listed by Porsche alongside the teams they would have competed with this weekend:

“People’s health comes first for us. Given the current situation, it’s very clear to us that we put the needs of many ahead of our sporting goals," Porsche Vice President of Motorsport Fritz Enzinger said in today's press release. "We’ll do everything we can to give our customer teams the best possible support in the upcoming race by providing operational personnel and available works drivers.”

As Sportscar365 notes, three Porsche factory drivers from Le Mans, Nick Tandy, Fred Makowiecki and Laurens Vanthoor, are scheduled to race in an IMSA race at Mid-Ohio the right after the Nürburgring 24 Hours. [See update below.] No word has been released as to whether they'll have to pull out from that event, but that would be at just the tail end of a 14-day quarantine.

Update: Tuesday, Sept. 22, 2020, 6:44 p.m.: Porsche announced today that its factory Porsche Motorsport North America team will withdraw from the September 27 IMSA race at Mid-Ohio due to three of the four drivers on the two-car team having been at Le Mans. The Porsche team will return to IMSA racing on October 10 at Charlotte Motor Speedway, however, this effectively kills their chance at an IMSA championship for their last year in the series. [An earlier version of this article included the wrong date for the IMSA race, which has been corrected above.]