McLaren boss Zak Brown tells us Norris would love to do it, but we shouldn't get our hopes up. 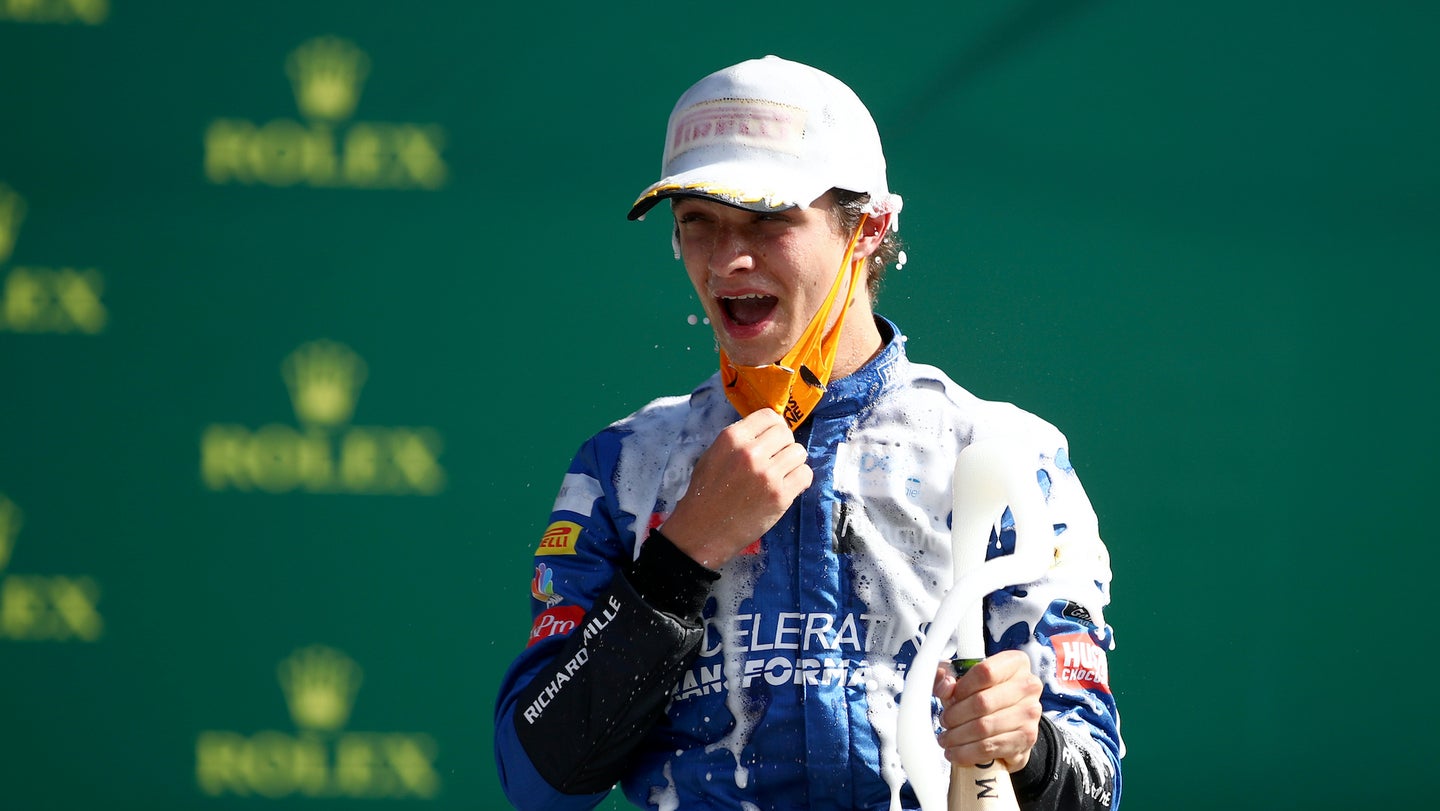 Due to the coronavirus pandemic, British sensation Lando Norris spent most of 2020 interacting with his fans on social media instead of driving a Formula 1 car. The young racer opted for virtual sim racing to keep his skills sharp, choosing to race in a variety of series ranging from endurance prototypes to Formula 1—but it was in virtual IndyCar that Norris found great success.

During IndyCar's virtual visit to the Circuit of the Americas in April, Norris managed to beat a field full of series veterans to the pole position and then cruised to a relatively easy win on race day. Later on, at the Indianapolis Motor Speedway, he was on his way to a second consecutive victory before being intentionally taken out by IndyCar champ Simon Pagenaud.

By then, the damage had been done, and Norris had already proved that he could waltz into any series in the world, even one as competitive as IndyCar, and go toe-to-toe with its native stars.

I recently had a chat with McLaren Racing CEO Zak Brown about his team's efforts in the Indy 500, including Fernando Alonso's third try at the famed race, but I primarily wanted to find out about Norris' future.

When asked about whether there was a possibility for Norris to come over to the U.S for one or multiple races, Brown admitted that it was simply "too early" in his career, though he admitted that the popular Brit would be more than willing to do so.

"I think realistically, given how early he is in his F1 career, how unlikely it is that there won't be a scheduling conflict between Monaco and Indy, because they need to be two weeks apart, not one week apart," Brown told The Drive. "I think on that basis, unfortunately, he's probably years away."

Norris, who is also a big MotoGP fan, more specifically of Valentino Rossi, hasn't exactly been outspoken about racing in other series yet, but it's clear that he's skilled and would most likely do well. After managing to finish in the points in five out of six F1 races in 2020 so far, he's proven that he's willing to grow and learn as McLaren also morphs into a top team once again.

"He'll race anything," said Brown after I asked if Norris had previously inquired about racing in IndyCar. "If I called Lando tomorrow and said, do you want to do the Indy 500? He'd say yes. Logistically we want to be able to get that to work out. It's very clear Lando likes everything from karts to IndyCar to sports cars to Formula 1 cars. No doubt he'd like to do it. We shouldn't get our hopes up for the next first half of this decade, but who knows thereafter. He's got a long way to go in his career."