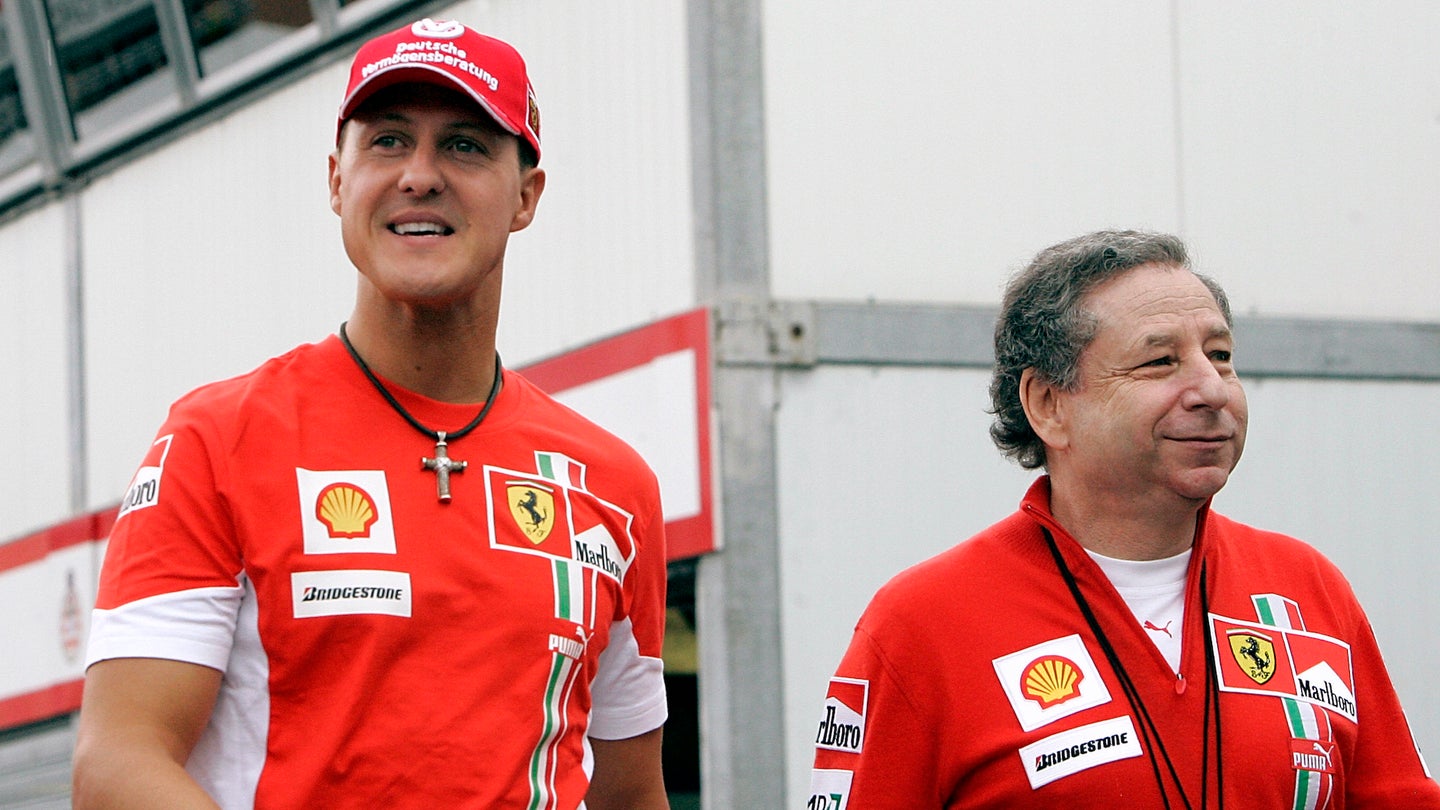 Ever since his near-fatal skiing crash in late 2013, updates on the condition of seven-time Formula 1 world champion Michael Schumacher have been few and far between. Never the most public of figures, Schumacher retreated from the spotlight entirely after treatment, and to this day receives intensive care in his home in rural Switzerland. One of the few visitors permitted there is FIA President Jean Todt, who occasionally visits the Ferrari legend to watch F1 Grands Prix, though Todt spent this past weekend in Hungary, where he offered a brief, rare update on the driver.

"I saw Michael last week," Todt told The Daily Mail. "He is fighting. I hope the world will be able to see him again. That is what he and his family are working towards."

Todt reportedly refused to discuss Schumacher's condition, which has allegedly improved since the German was brought out of a medically induced coma several years ago. Schumacher is reportedly not bedridden, and under the care of his faithful wife Corinna. He's rumored to have undergone several pioneering medical treatments across the globe in locales including Paris and Texas.

Reports of plans to undergo stem cell surgery circulated Italian tabloids in June, though one source close to the family reportedly indicated that such a treatment is likely nonviable for now due to the ongoing COVID-19 pandemic, corroborating a story from The Guardian. Erstwhile Schumacher protege Felipe Massa urged that the public remain patient with the family, and hinted that Michael still has a lengthy recovery ahead.

"I know how he is, I have information," Massa told The Guardian. "The main thing about all this is that we know his situation is not easy. He is in a difficult phase but we need to respect him and the family."