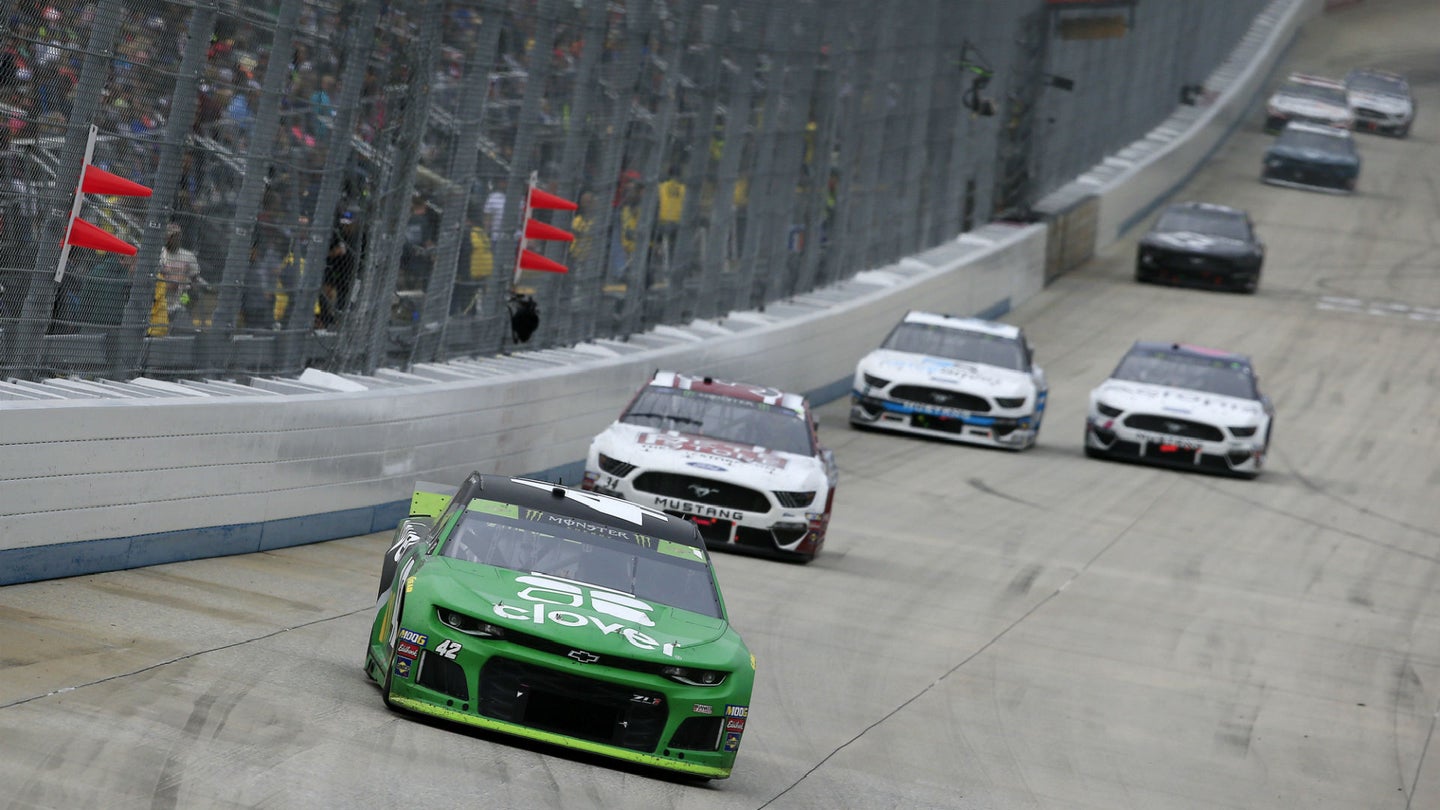 NASCAR will make its comeback this weekend following a long pause to all of its operations due to the COVID-19 crisis, but it will do so with some notable changes. The sport’s first race since March 8 will take place Sunday, May 17 at Darlington Raceway in South Carolina, but there won’t be any screaming fans on the grandstands, and Fox Sports' camera work will be handled primarily by high-speed drones instead of a manned crew or helicopter.

As a safety measure to prevent the spread of the coronavirus, the only people allowed at the track are those that are required to run and broadcast the race. For Fox Sports, that means only one person, Regan Smith, reporting from the pits at the track. The rest of the team, which includes Jeff Gordon, Mike Joy, and Larry McReynolds, will call the race from a studio in Charlotte, North Carolina.

The network's solution to having a skeleton crew on-site is to use a high-speed custom drone to follow the action, which may allow for even better camera angles than normally be available with human camera operators in towers around the track. The company has relied on drones for NASCAR coverage before, but never as its only camera. Back in 2019, a drone was used in a trial run at Daytona before the company expanded its use for several other races that season.

The entire production plan hasn’t been nailed down yet, but Fox expects to use instant messaging with race crews to relay information back to the studio so that Gordon and Joy can call the race. Watching a race on a monitor will be a big shift for the commentators who are used to sitting right above the action as it unfolds. At least the duo has been involved with iRacing over the past few months, so calling races remotely isn’t completely foreign to them.

The announcers can take some consolation in the fact that the drivers and teams will be thrown right into the fire as well, as NASCAR has reduced the racing schedule to just one day. The structure of the race itself will change, too, with a drawing used to determine starting positions 1-12 based on owner points, and separate drawings for positions 13-24 and 25-36.

We’re not sure what’s more impressive—the cars, or the pilot.