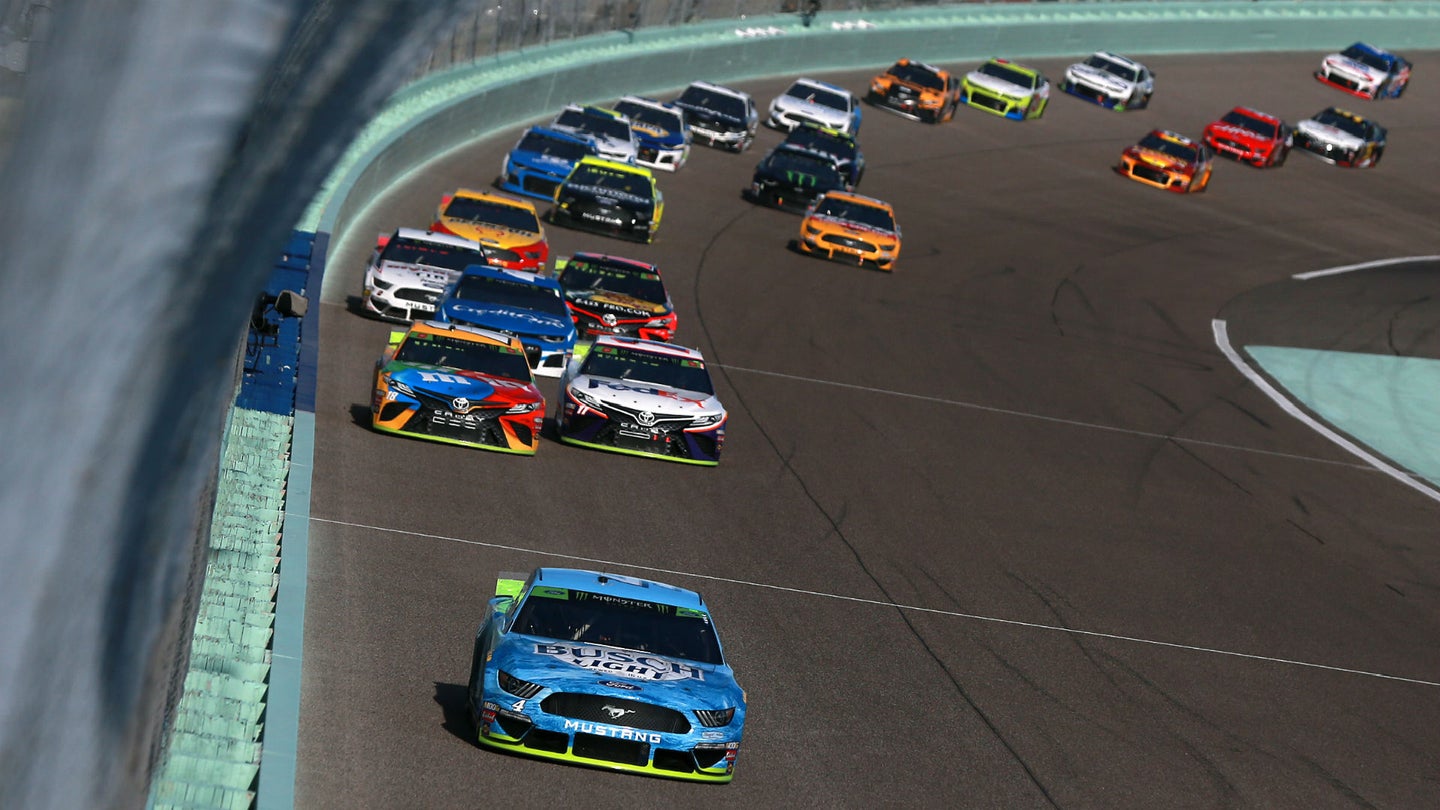 As NASCAR works to rekindle the magic that made it America's most popular form of motorsport for over two decades, the sanctioning body is supposedly considering new venues that stray far from the "turn left, throttle down" approach we've come to know. According to a report from Sports Business Journal, we could soon see the likes of Kevin Harvick and newly crowned two-time champion Kyle Busch duke it out at more road courses and even temporary street circuits starting in 2021.

The potential move would be a part of NASCAR's initiative to push for more urban, metro markets rather than the rural demographics it has long been familiar with.

Unnamed sources allegedly hinted to SBJ that NASCAR could deviate from its largely oval-based, 38-race calendar after its current track sanction agreements end in 2020. While stalwarts like Daytona International Speedway and Talladega Superspeedway are all but certain to return, new tracks in as-of-yet untapped markets could start to make an appearance sooner than later.

“We’re having a lot of discussions right now on the 2021 schedule, and we’re looking at three things when we’re looking at that race schedule: where we’re going to have the most competitive racing we can have, where we’re going to have full grandstands, and what does that market look like—is it a new market we can service?” said NASCAR President Steve Phelps in a press conference at the 2019 season-ending Ford EcoBoost 400. “There are a lot of discussions going on both internally and with other owners of racetracks.”

NASCAR could reportedly join IndyCar to form a doubleheader weekend at events like the Grand Prix of Long Beach, or perhaps the season-opening Saint Petersburg Grand Prix in Florida. Likewise, the stock car racing body could venture to all-new temporary tracks like Formula 1 is attempting to in the city of Miami.

It's unlikely that NASCAR would be able to retain all of its current races while adding those in new markets, so some of the less popular tracks could get the boot after next season.

Another source reportedly told SBJ that NASCAR executives wish to expand to eight new cities by 2022, which is when another shockwave could hit the scene: hybrid technology. NASCAR Senior Vice President for Racing Development John Probst mentioned in an interview with TechCrunch that the company has not ignored the advancements in electrified racing elsewhere, and it could introduce its own version "after 2021."