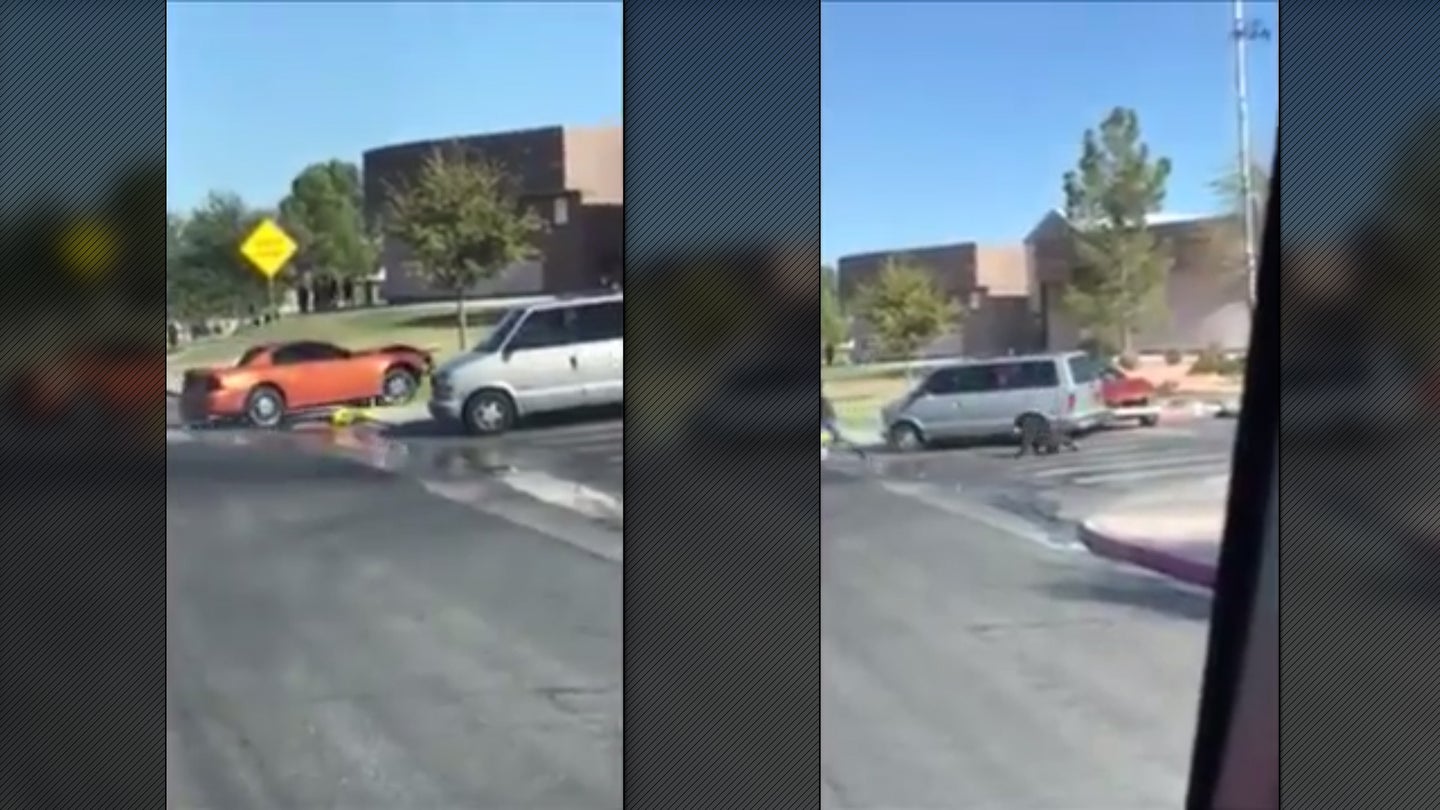 They say that what happens in Vegas, stays in Vegas - but this feat might follow a Mustang driver for the rest of his life. The man driving the mustang is in police custody and charged with attempted murder after allegedly trying to run over two minors, reports KVVU.

Most of the time, the accidents that Mustangs owners are teased about are the fault of the driver, though they are typically accidental in nature. This time, a fight between two friends may have resulted in the driver being a bit more actionable in the role of his accident. It was shortly after 3:30pm on Friday afternoon when police were called to Johnson Junior High School in Las Vegas after reports that a man in a car was trying to run over two kids, who were later identified as a a woman who arrived at school to pick up her younger sister. The driver allegedly followed the woman to the school and an altercation happened between the two.

But what was a verbal argument quickly turned into something much more serious when the man got behind the wheel of his Mustang and began to set his targets on the woman. He repeatedly jumped the curbs and struck two surrounding vehicles, one of which moved with enough force to knock over a bystander.

"This is a first for me in 21-and-a-half years on the police department," said Las Vegas Metropolitan Police Lieutenant Nate Chiom "I’ve never seen something escalate from a verbal argument to you’re endangering kids at a middle school."

Another angle of the video, which can be seen here and partially below, shows a bit more of the interaction. The ultimately found himself stuck in a patch of rocks on the landscape, unable to continue chasing the individuals. He was promptly surrounded by around a dozen individuals and subdued to ensure that he wasn't continuing his rampage.

Thankfully, good samaritans were present to protect the children and bystanders who were present at the school. Only one person was hospitalized during the event, the driver of the van which was repeatedly struck by the Mustang. After being taken into custody, the driver was charged with attempted murder. School officials say that they will make counselling services available to the children attending the school.

We all joke about Mustangs being the de facto go-to car when it comes to pedestrians being struck, but sometimes it's about more than just reckless driving.