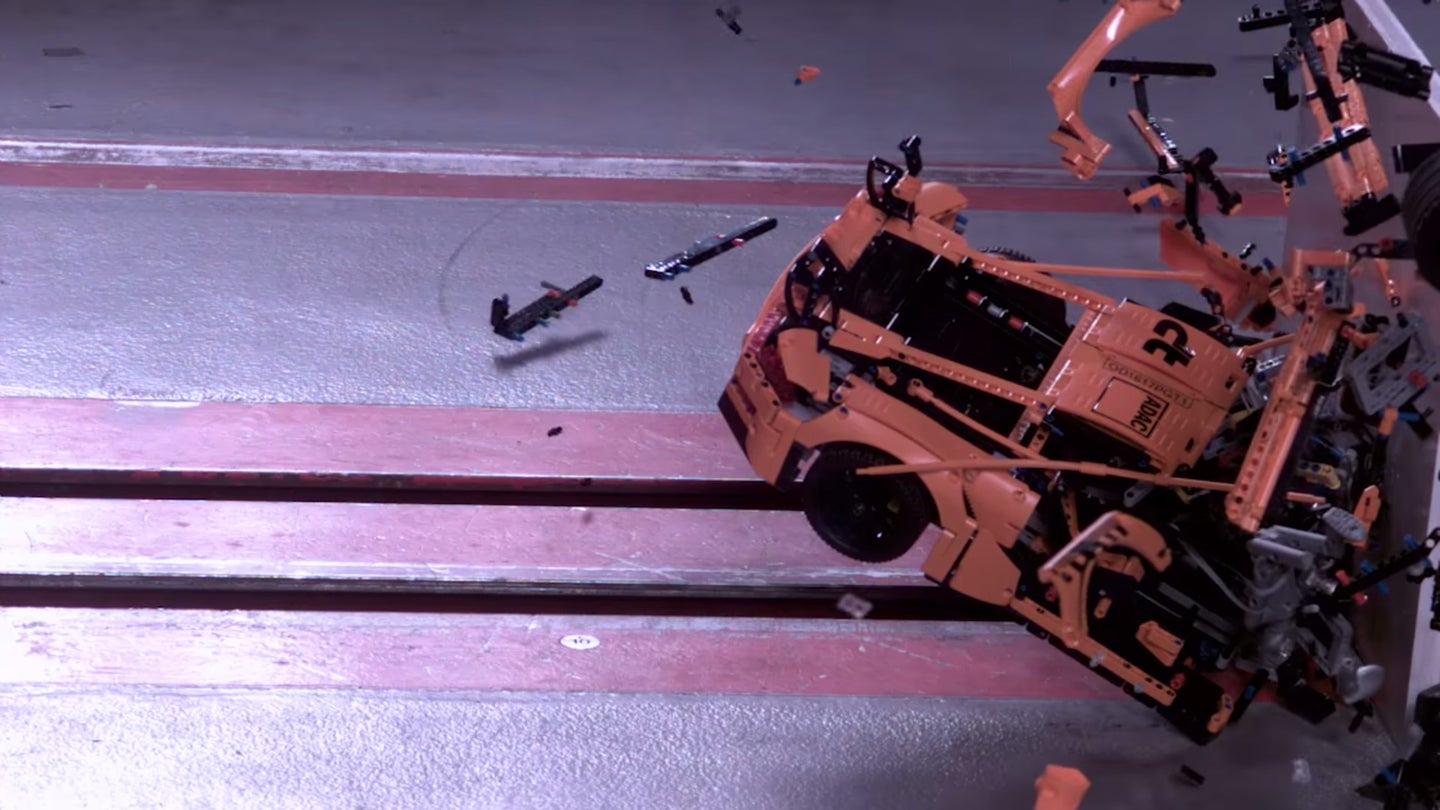 If you'd like to own a Porsche 911 GT3 RS but don't have $175,000 lying around, Lego has the kit for you. This $300, 2,700-piece, 1:8 scale, block-based replica of Porsche's track slayer features a functional PDK gearbox (sorry manual devotees), an adjustable rear spoiler, yellow brake calipers, and a glove box that contains a unique serial number. The hood, doors, and rear lid also open to reveal a flat-six engine hanging out at the back—with pistons that actually move.

So, it's basically a GT3 RS that's way easier to justify to your spouse/significant other, right? Don't be so sure. You see, in the event that you and the missus are out on the town in your shiny, orange Porsche (in which case we assume you're very tiny) and some crossover-wielding moron is too busy checking Instagram to concentrate on the road and plows into your 911, how likely are you two to come out unscathed? Not very likely, it turns out.

Germany's ADAC has released its official crash test footage for the Lego Porsche 911 GT3 RS and the results are, well, not great.

Yikes. Not only has the passenger compartment completely caved in the front, but the exploding shower of Lego bricks upon impact is sure to pose a risk to any people mice hanging out near the car when it crashes.

Shame. I thought we'd finally found an orange, winged sports car that the wives of the world would approve of. Now, though, I'm not sure it'll pass muster, given the Lego GT3's dismal safety rating.

And, get this: the PDK gearbox even shifts.