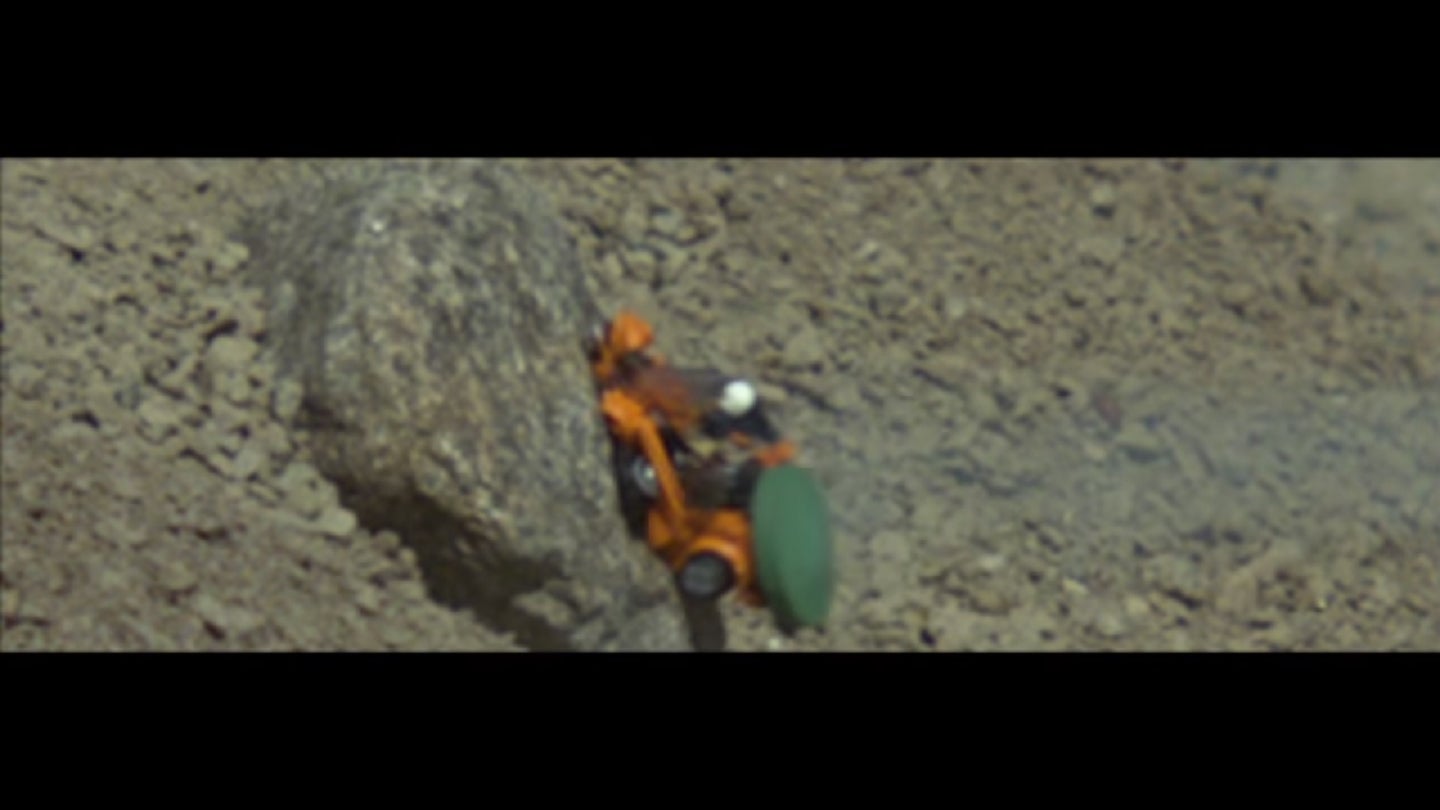 A couple of weeks ago, we learned why cars aren't made out of Legos. ADAC, who performs crash tests for real cars in Germany, tested the crashworthiness of Lego's Porsche 911 GT3 RS model—with disastrous results. But YouTube's Beyond the Press channel, where Lauri and Anni of the Hydraulic Press Channel do crazy things besides crushing stuff in a hydraulic press, decided they could do better tests than ADAC right in their back yard. They not only built their own Porsche 911 but also a McLaren out of Legos...then launched them out of an air cannon into a rock.

First, they launch the Porsche at a pressure of 6 bar, or about 87 psi. Predictably, the car explodes, earning a zero star rating on the test. Because the McLaren is a more expensive car, they crank the pressure to 10 bar, or 145 psi. Not only does the car explode, the individual Lego pieces themselves are damaged, including a wheel that looks like it has been through a real-life car crash. Both drivers lose their Lego hands and legs in the crashes as well.

Not content with smashing Lego cars, they then launch some die cast cars out of the cannon. They seem to hold up better than the Legos. One car in particular gets mangled, but remains reasonably intact. Lauri suspects that this is a rally car, with a strong roll cage keeping the passenger compartment intact. They finish by launching some large chalk containers out of the cannon...for no apparent reason.

If anyone can find a way to destroy something, it's Lauri and Anni. And they have already ordered a new compressor that goes up to 300 bar, or about 4,350 psi...