For two-strokes, fuel injection is quickly going from “industry-first!” to industry standard. 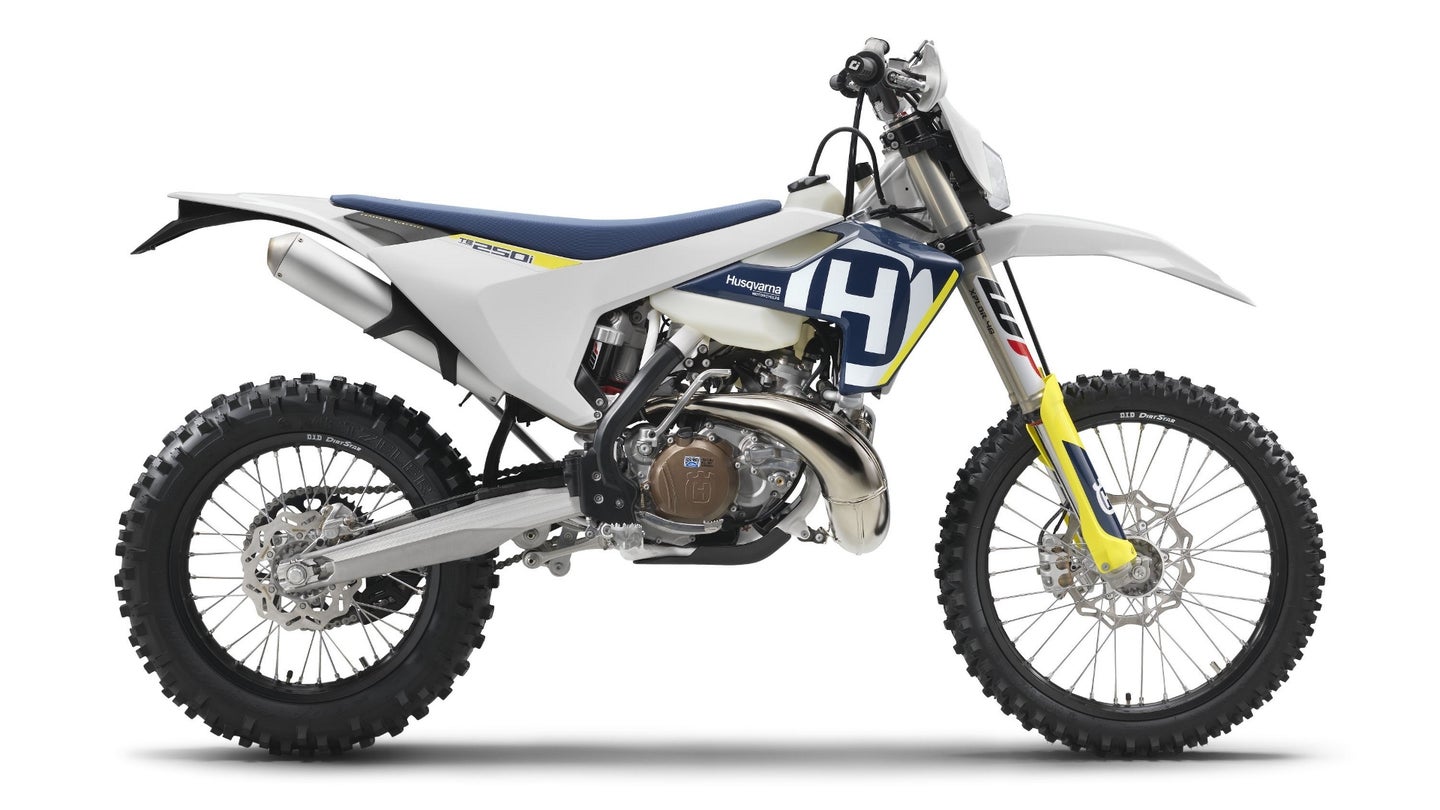 From the Husqvarna press release; “Offering unprecedented advantages in terms of performance, rideability, fuel consumption and ease of use, the introduction of fuel injection by Husqvarna Motorcycles is a bold new step into the future of off-road motorcycling.”

This is great news for two-stroke engines. They have a new lease on life while emission regulations get more and more strict worldwide. Fuel injection means cleaner emissions, better fuel economy, and a smoother ride (not that that matters much on an off-road bike).

The new Huskies are TE250i and TE300i with the numbers indicating their displacement and the “i” meaning fuel injection. Husqvarna says the new engines will have a pair of injectors at the transfer ports which deliver “the perfect amount of fuel into the engine at all times, across all conditions.”

Other improvements to the new enduros include new forks from WP Performance Systems and Magura brakes with GSK discs. On top of the aforementioned benefits of fuel injection, there will be a new engine management system and a customizable engine map to mess with.

The fuel-injected two-stroke Husqvarnas will be available worldwide starting July of this year. That means you’ll probably be able to get your hands on one in the US before the fuel-injected KTM.

This new proposal would double the price of new Ducati, BMW, Husqvarna, and KTM models. Here’s how you can stop it.