This electric off-roader will compete in the FIM Trial-E Cup this summer. 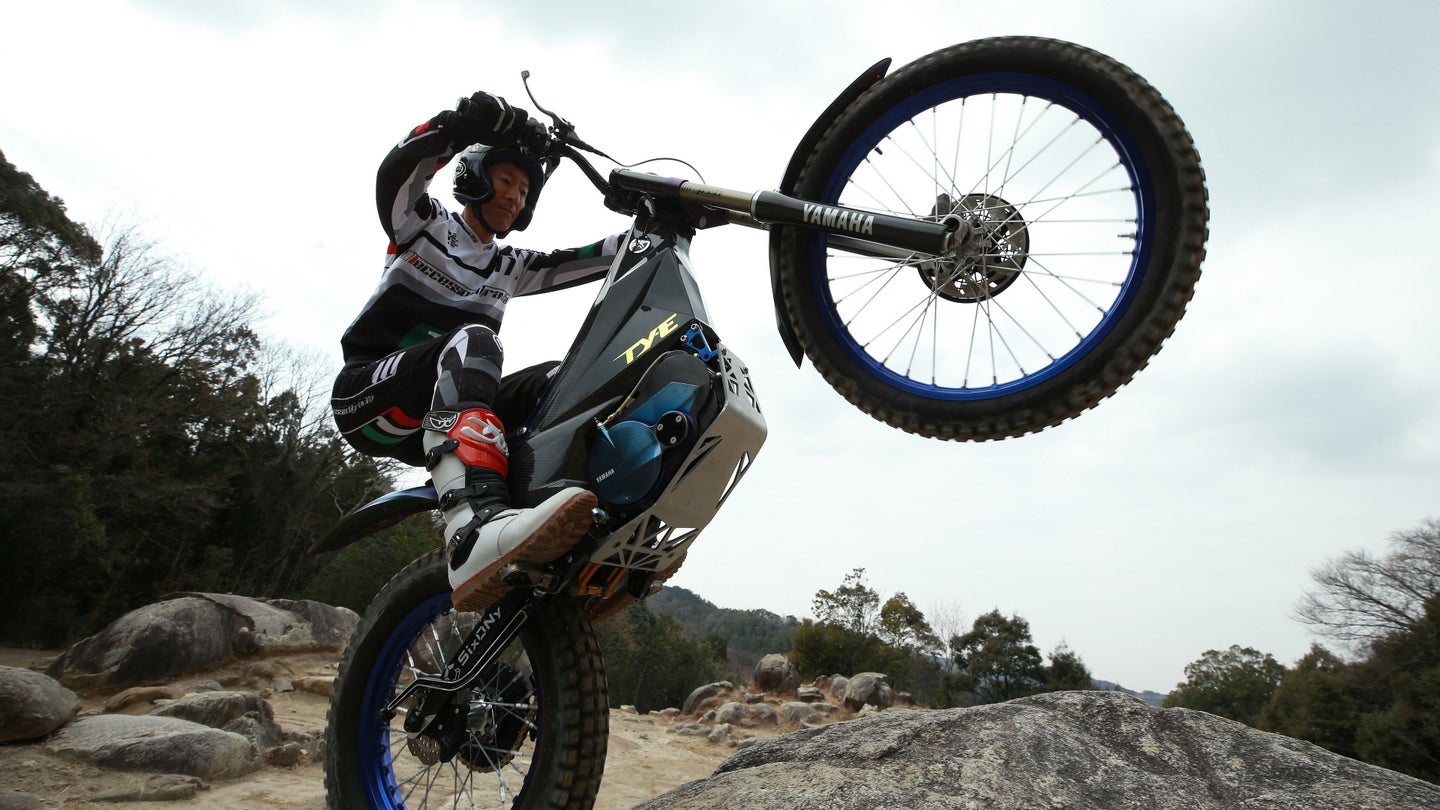 As we see electrification make its way into seemingly every mode of transportation as alternatives to traditional internal combustion engines, Yamaha has unveiled a new concept for an off-road motorcycle. It’s the Yamaha TY-E trial bike concept and it will compete in the 2018 FIM Trial-E Cup this July.

Yamaha used the advantages of electric power like powerful low-speed torque and extended acceleration to create a small motorcycle that’s proven to be quite capable off-road as you’ll see in the video below. It’s powered by an AC synchronous electric motor with a lithium-ion battery and the whole bike weighs less than 70 kg (154 lbs).

Normally weight is a drawback for electric cars and motorcycles, but that’s not the case with the Yamaha TY-E. Yamaha incorporated enough lightweight components with a CFRP (carbon fiber reinforced polymer) monocoque frame in order to keep the weight down making for a nimble off-roader.

You can see the Yamaha TY-E compete in the FIM Trial-E Cup at Auton in France July 14-15 and at Comblain au Pont in Belgium July 21-22. It will be ridden by All Japan Trial Championship competitor Kenichi Kuroyama.

There are already a couple manufacturers taking a shot at electric dirt bikes. Hopefully, the TY-E concept is a sign that Yamaha is next in line to bring an electric off-roader to production to give bikes like the KTM Freeride E-XC some healthy competition.