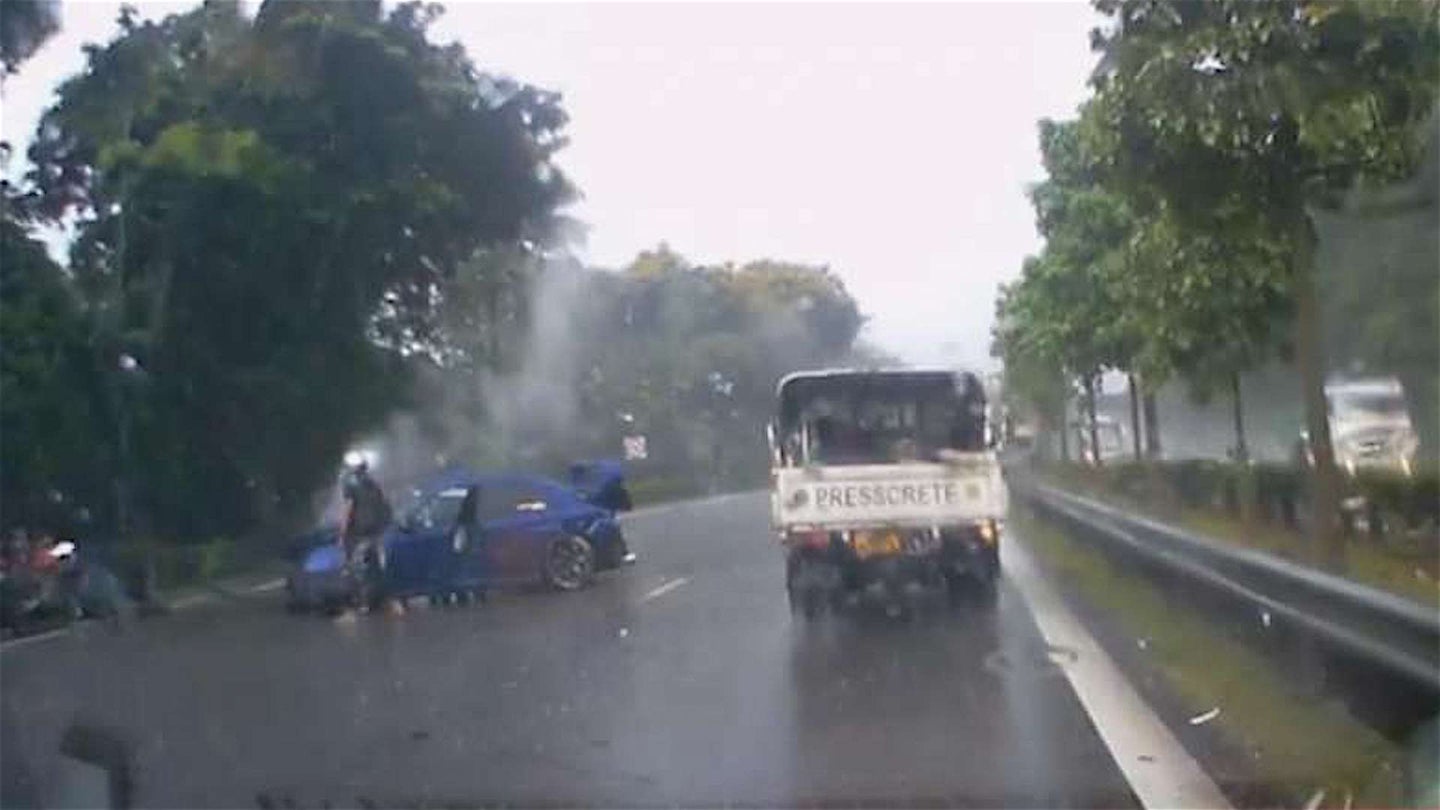 Two people were injured in a crash that involved a Subaru that was driving recklessly on a wet highway in Singapore on Sunday, according to the Straits Times, and the whole incident was captured on video.

A video that was compiled from multiple dash cam clips shows two Subarus—one blue and one white—driving at what appears to be a high rate of speed on Singapore's Seletar Expressway as rain was coming down in force. About 24 seconds into the video, the blue car can be seen losing traction, causing it to slide across the slick roadway and crash.

From the looks of things, the blue Subaru—which was probably a WRX, but could've also been a naturally-aspirated 2.5RS—was going so fast that its tires lost grip, leading to the understeer, and then the car sliding into a pole and a guardrail.

According to the Straits Times, a man and a woman, both in their 20s, were taken to a hospital. It's unclear how severe their injuries were.