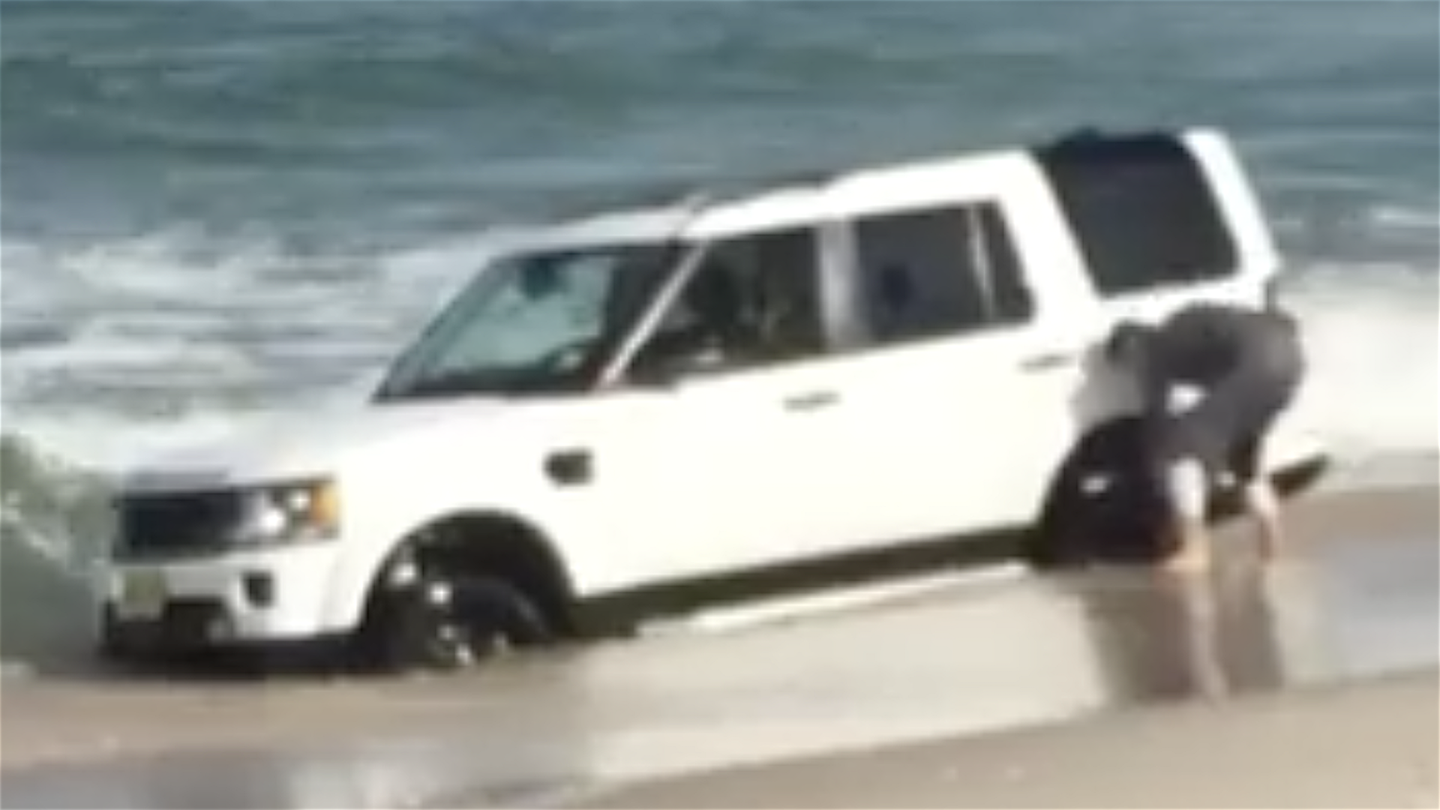 We here at The Drive understand how important it is to get the perfect shot. But with that understanding, we also get that there are certain risks that can come with the ultimate photo. For example, this guy apparently decided to park his Land Rover LR4 on an Atlantic Ocean beach in South Jersey to get a solid pic, according to NBC New York. From the looks of things, the man felt immediate regret after he realized he parked a little too close to the shoreline.

A video uploaded to a Facebook group Tuesday shows the situation going down. As the tide rolled in, the water surrounded the white LR4 and the car sank deeper and deeper into the beach.

It's unclear at what point this photo was taken, but it appears that after attempting to dig the car out, the man admitted defeat and phoned for help.

According to NBC New York, the incident occurred at Island Beach State Park. A tow truck that responded to the scene with New Jersey State Police managed to free the car from the sand without issue.

Because the driver had his permits in order, police did not ticket him.

The NBC report also said that the owner decided to drive the car from the scene, even though the engine was apparently making weird noises and the electronics were going haywire.

Building a Broverlander – Part One

Can you truly build a truck to take to dinner on Friday night and camping on Saturday?

Mortar Round Falls Out of Towed Car in New Jersey

Bomb squad officers were able to remove the mortar without putting bystanders at risk.