The Bug in The Battery-Take-All Perspective

Batteries and hydrogen fuel cells are widely seen as competitors, but nature can explain why there's plenty of room for both in the fleets of tomorrow. 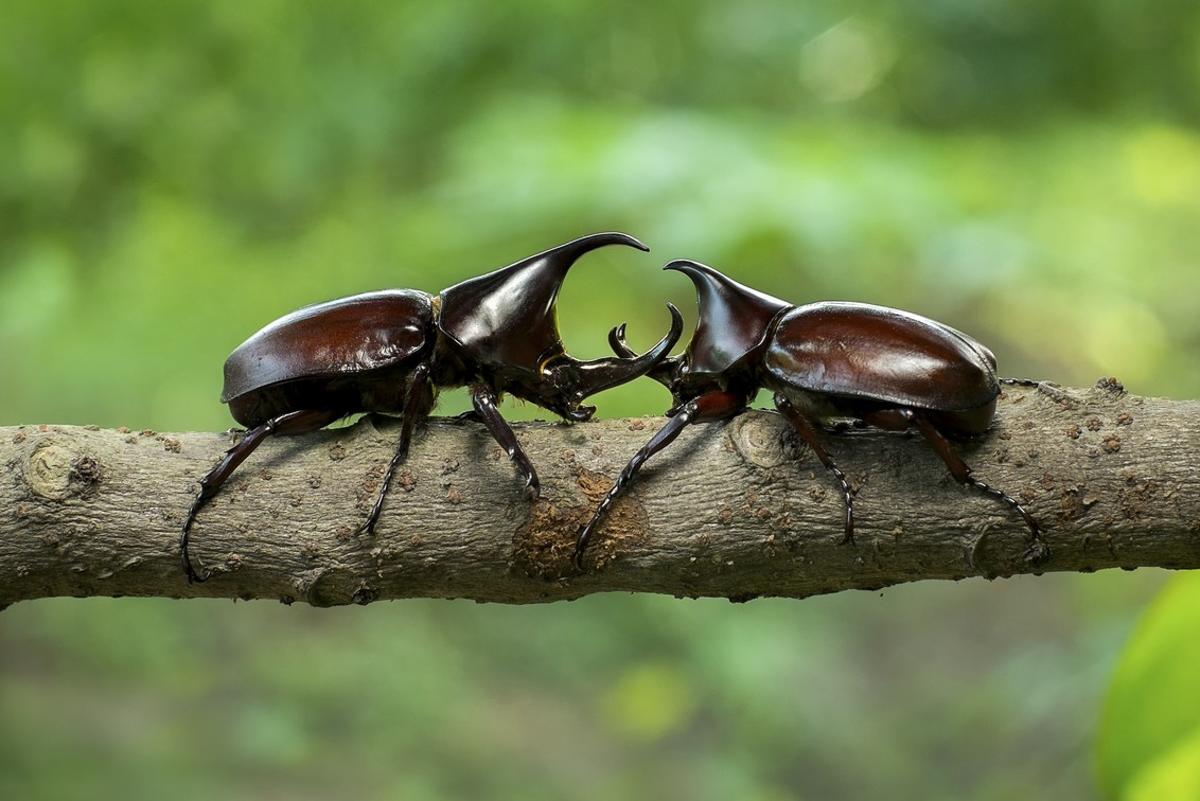 But there’s a bug in battery-take-all thinking. To understand it, we need to review the birds and the bees.

Batteries: the exoskeletons of transport

Remember when Anthony Scaramucci divided the world into front-stabbers and back-stabbers, ignoring non-stabbers tangential to his rant? Three billion years of Darwinian evolution has similarly partitioned the animal kingdom into those with exoskeletons, those with endoskeletons (“inner skeletons”), and others unimportant for this metaphor.

Exoskeletons feature in arthropods (“bugs”) and crustaceans -- ants, bees, crabs. Some other phylums have exoskeletons, but the short of it is, unless you like seafood you probably don’t eat them.

Endoskeletons feature in vertebrates such as birds, reptiles, mammals and fish -- chickens, crocodiles, cattle, cod. Or as most of us know them, “meat”.

This is like an entomologist mocking mammals for lacking the strength of the mighty dung beetle — as if five-tonne cockroaches and fifty-foot lobsters are only a few mutations away.

So, size matters. Time does too, and here the exoskeleton/battery analogy remains useful.

The strength of an exoskeleton is paradoxically its major drawback; it’s so structurally rigid that creatures must molt their old exoskeletons to grow, and it takes time for their new ones to harden, during which they’re vulnerable to predators. It’s hard to win the “to eat, and not be eaten” sweepstakes, as Hamlet might have put it, if you’re regularly armorless and out of commission.

The transportation analogue is downtime: in broad terms, the more downtime a vehicle has, the cheaper it’ll be to recharge. A battery-electric vehicle owner might not need to spend any capital trickle-charging at 110-120 volts off of a nearby electrical receptacle, and might only spend modestly to install a Level 2 charger. Charging at Level 3 speeds on a DC Fast Charger would involve significant capital and probably incur demand charges from the local utility while charging.

Privately owned vehicles, being dormant ninety-plus percent of every day, are a fantastic market for battery propulsion. Some commercial vehicles and buses also only run one shift, or have shorter routes in easier terrain. These should be cases where batteries thrive in spite of the larger form factor. Deferring to Darwin, some crustaceans get respectably big.

Other transportation services run three shifts. Retail distribution centres such that those run by Wal-Mart and Amazon run 24/7 in the months leading up to the year-end holidays. Not coincidentally, both companies are systematically upgrading to fuel cell forklifts, as are other manufacturers and retailers. Here hydrogen’s minute-long refueling not only adds to productivity, but frees up floor space formerly dedicated to forklift battery charging and swapping facilities. The biological analogue would be that some vertebrates are in fact tiny.

Not All About The Benjamins, But Mostly

Seeing as time is money, economics are another consideration of the size-time continuum, and where batteries and fuel cells will trade market share.

Much (if not most) of life’s rich pageant consists of commodity goods, where buyers are unwilling to pay a premium. Passenger vehicles though, are consumer goods -- no one could justify a Mercedes on total cost of ownership (TCO) and yet they sell steadily -- and they aren’t a rare case. Every commodity vendor aspires to build a brand for which buyers will pay a price premium, but only some succeed.

That might have something to do with charging stations being far, far more expensive for condo-dwellers than detached homeowners. Here on Canada’s left coast, it might cost CAD $1500 (USD $1100) to install a Level 2 charging station in the garage of one’s detached home, most of which is hardware.

Our observed average installation cost in multi-unit residential buildings (MURBs)? About CAD $6800 (USD $5100), much of which is labour. On top of that, Home Owner Associations, wanting to ensure EV owners are paying their way, often require third-party monitoring and billing through networks such as ChargePoint or Flo. These service providers charge annual network fees that can add another CAD $100-$300 (USD $75-$225).

Right-to-charge legislation won’t change those numbers. Only the installation of oversized conduit can bring the cost down for future plug-in electric vehicle owners; the author is delighted the provincial program requires this as part of the incentive program. Buildings may also need to pay utilities to increase their electrical service to accommodate an increasing number of EVs; energy management systems can generally postpone, but rarely prevent, that day.

These challenges are no small matter. Apartment-dwellers are a natural market for battery electric vehicles, given that their cars tend to be smaller and their trips tend to be shorter, but charging seems to be holding back adoption. According to the 2017 US National Household Travel Survey plug-in vehicle ownership among renters is significantly lower than among homeowners, even at comparable income levels. This gap is widest where adoption is the strongest: in states like California and among households making more than $200,000 per year.

The message to well-meaning, detached home-owning plug-in electric vehicle enthusiasts who believe everyone can transition to battery-electric vehicles as easily as they did? Remember that Marie Antoinette’s diet tips were also poorly received.

In light of the above, and given that 60 percent of South Korean households live in apartments, is it any wonder Hyundai has committed to increasing fuel cell vehicle production 200-fold by 2030? Unless Asia’s urban centres develop along the model of American suburbia, fuel cells will almost certainly take some of the passenger vehicle market there as well. This is not to take anything away from battery-electric propulsion, which is at a high enough manufacturing scale to hopefully dent emissions soon, while fuel cells remain embryonically small. It’s simply that there’s a bug in thinking the future will be battery-take-all.

Matthew Klippenstein P.Eng. has tracked the Canadian plug-in electric vehicle sector since 2013. A former fuel cell engineer and renewable energy consultant, he now helps administer EV infrastructure rebates in British Columbia, Canada. All opinions are his own, however.

He currently contributes to Canada’s National Observer; past bylines have included GreenTechMedia.com, CleanTechnica.com, and GreenCarReports.com. He has authored or contributed to policy papers relating to zero emission transport and renewable energy, and co-authors the Fuel Cell Industry Review.