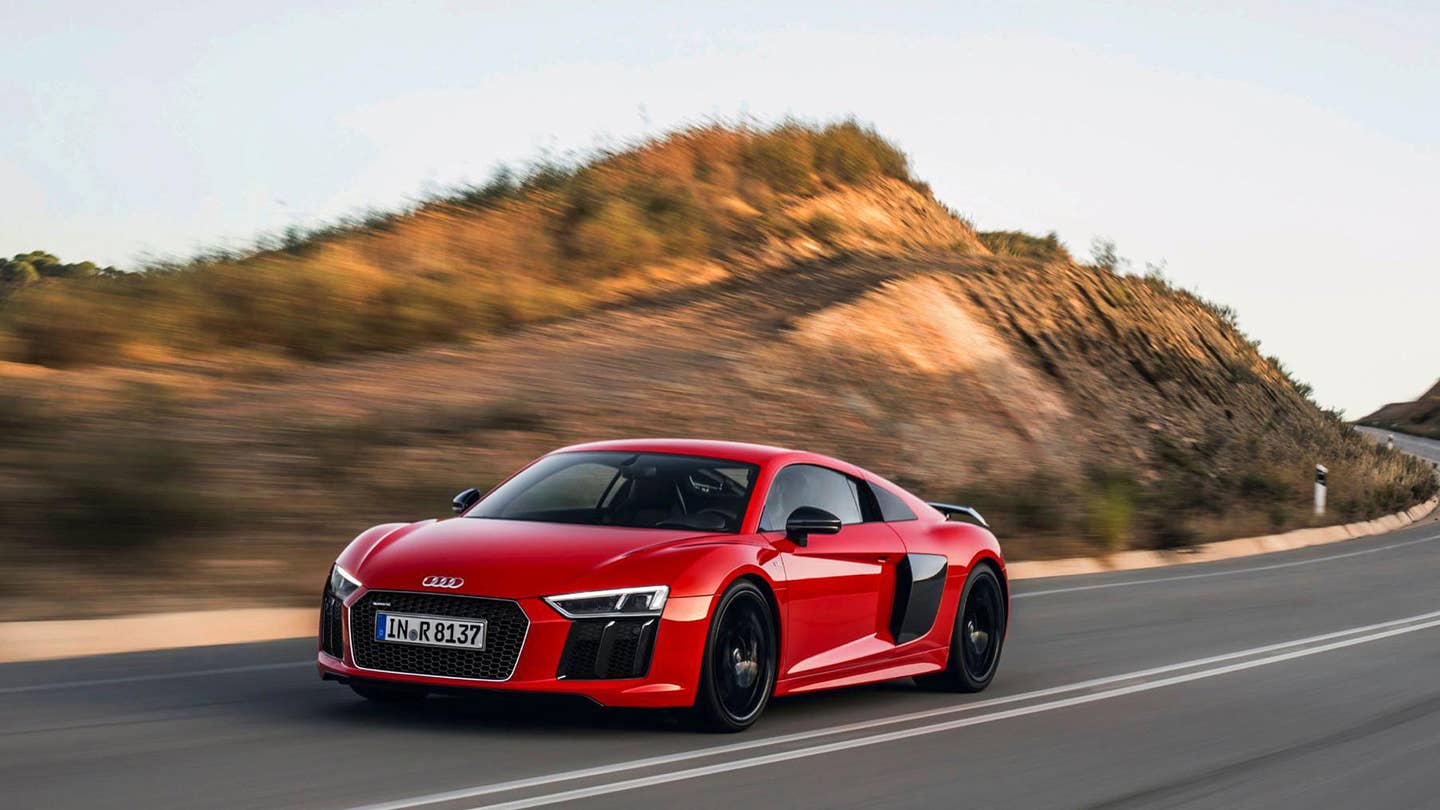 There’s been rumor, buzz, and calumny over it, now it’s official: the Audi R8 will be getting an entry-level model powered by a twin-turbo V6. A year ago the R8 technical lead said: “The V6 is a perfect engine for this kind of car,” which led to a contingent of Internet punditry being hopeful they could finally afford one, while another faction shrieked of apostasy and chopped firewood for a good old auto da fe. Less than a month ago Audi’s product plans for the next two years leaked online, so “reliable sources” ‘fessed up to Car and Driver that it’s all real.

To the question of whether an R8 can still be considered an R8 if it has a twin-turbo V6, the answer is "of course." The R8 wasn’t named for its naturally-aspirated V8 engine, it was named for the Audi R8 race car that won Le Mans five out of six years between 2000 and 2005, only ‘losing’ in 2003 when it didn’t race, having donated its technology (and drivers) to the Bentley Le Mans team piloting the Bentley Speed 8.

The powerplant will come from the 2017 Audi S4 and gain a power hike in the move. The boosted 3.0-liter V6 gets 354 horsepower in the S4, in the R8 it’s expected to produce somewhere around 425 to 450 hp. That gumption gets to the ground via the same seven-speed dual-clutch S-Tronic transmission from the new R8 V10 and rear-biased Quattro system sending torque to all four wheels. According to the little birds, maximum velocity is in the area of 190 miles per hour.

We don’t yet see how this is good news for the aspirants, though, if they were expecting “entry-level” to mean “bargain.” The ostensible TT V6 specs aren’t far off those from the final V8-powered R8, which had 430 hp and topped out at 186 mph. That coupe started at $115,900 in its last year, while the V-10 Coupe started at $153,900. Fast forward a year and the second-generation R8 V-10 starts at $162,900, a $9,000 increase. Our crystal ball is in the shop right now, but how likely would it be for a newer, better car with more power to be substantially less expensive?

A reveal is figured for an auto show in 2018, with release later that year as a 2019 model. Audi has bigger plans for this R8 than the last one, so don’t be surprised if the six-figure price spectrum is stocked with models like an R8 Superleggera, GT, Clubsport, or all-electric R8 e-tron. Do not expect a V8-powered R8, though; Audi is out of the non-turbo V8 business, and the twin-turbo eight-pot from its RS6 Avant would breath down the tailpipes of the standard V-10.