Of all the places we expected to catch our first glimpse of the new Audi R8 Spyder, the coastal African nation of Namibia wasn’t one of them. Not because there’s anything wrong with Namibia, mind you. It’s just not a hotbed for supercars, as far as we know.

Then again, considering it’s in the mid-70s and sunny in Walvis Bay these days, Namibia sure seems like a great place to be testing out new Audi R8 Spyders. Local Instagrammer Cars in Namibia captured pictures of multiple drop-top R8s roaming the open roadways, with both cars being spotted in the last week according to the timestamps.

While the creation of a new R8 Spyder isn’t exactly surprising it is curious to see them zipping around in the open with nary a hint of lingerie over their seductive bodies. As every car nut knows, manufacturers tend to cover top-secret prototypes up to within an inch of their life when they test them out on the open road to prevent exactly this sort of leak from happening. The only time they forgo the camera-tricking coveralls, really, is when the car makers themselves need to capture the vehicles on camera—for pictures or promotional video. So if Audi is driving around naked, candy-colored R8 Spyders, odds are good they’re filming or snapping pics—which means the car’s debut is right around the corner. Don’t be shocked if our first official look at the R8 Spyder comes at the Geneva Motor Show next week.

Concrete details about the R8 Spyder remain few and far between, but it’s a safe bet to guess it’ll come in the same V10 and V10 Plus forms as the new R8 coupe that dropped last year. The addition of a retractable top and the associated mass that comes with extra structural reinforcement probably means the Spyder won’t be as biblically fast as the R8 coupe, likely losing a tenth or two in the 0–60 and quarter mile sprints. Call it New Testament, instead of Old Testament, fast. 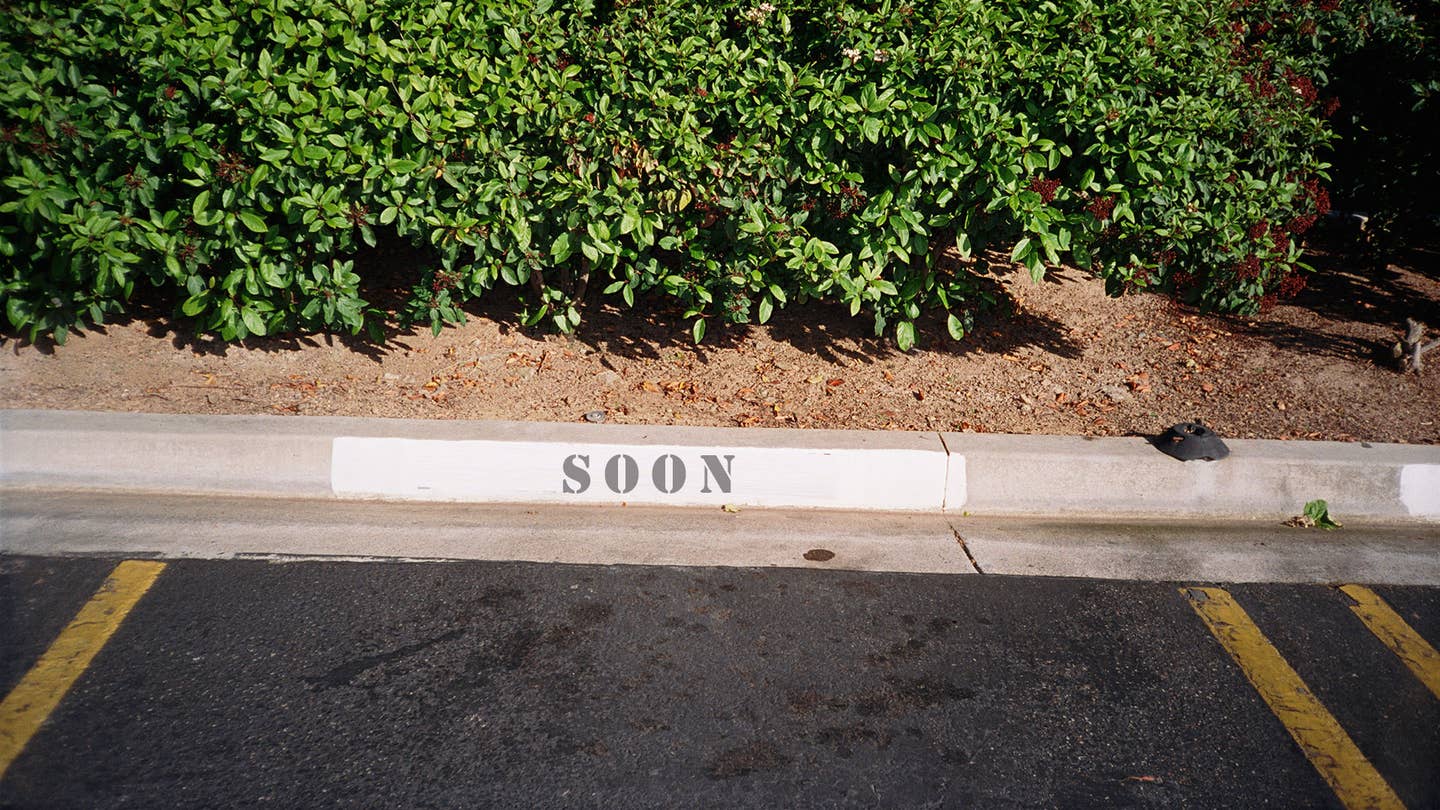 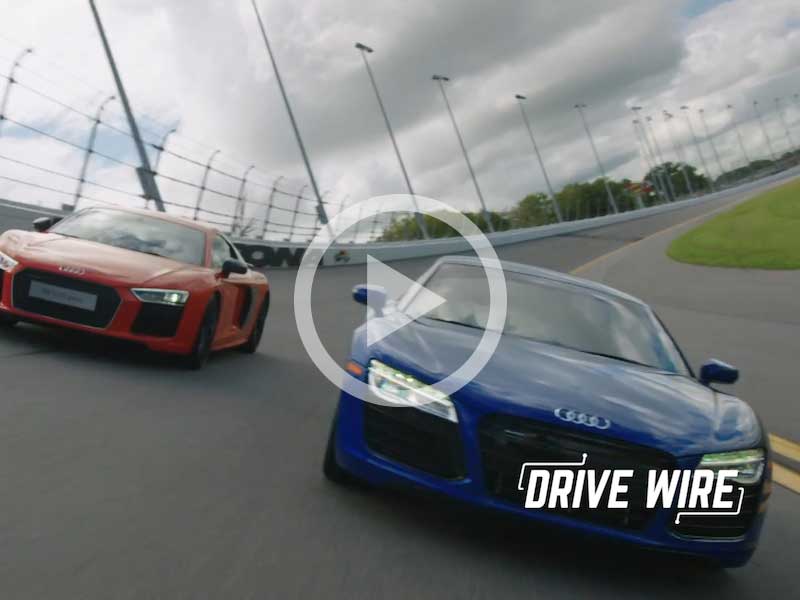 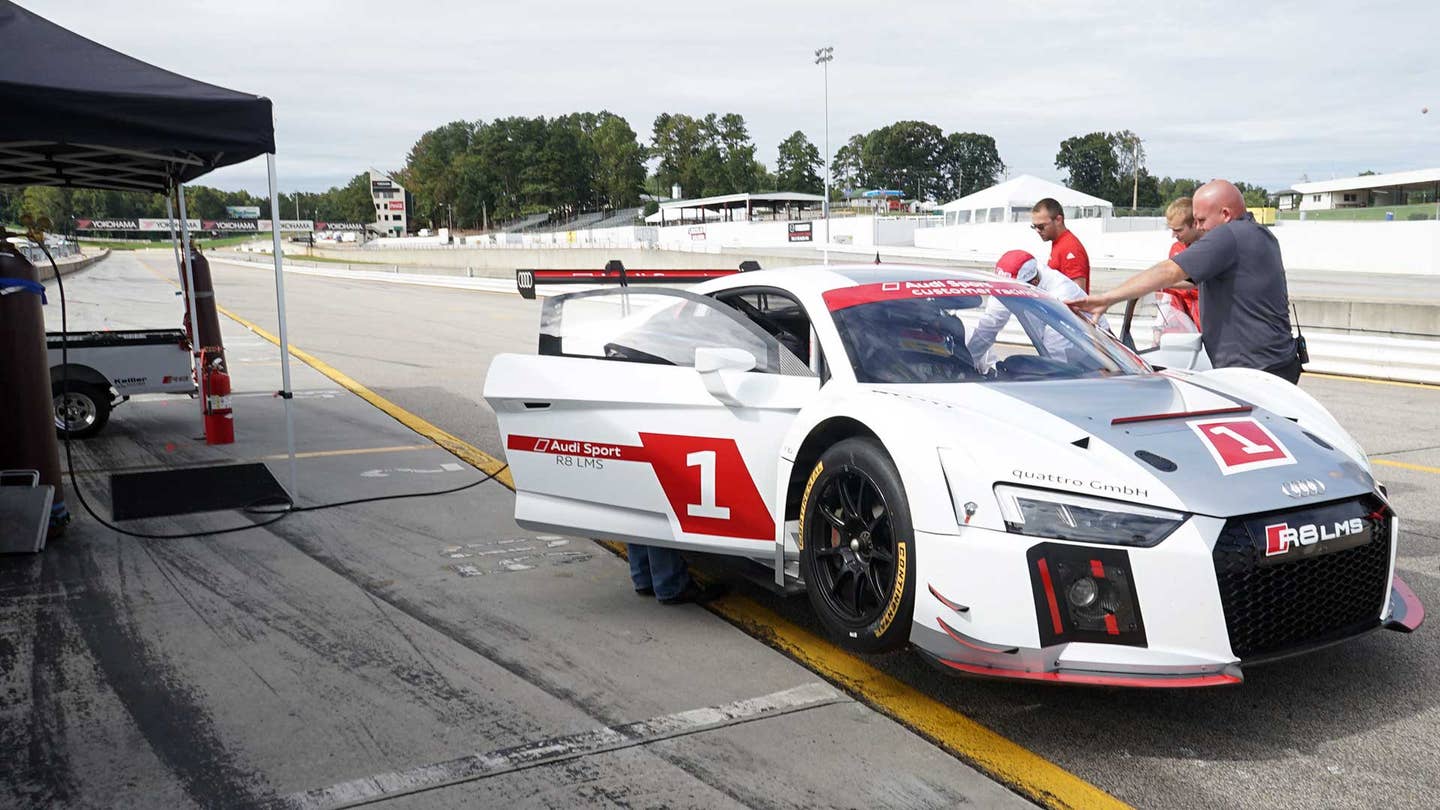 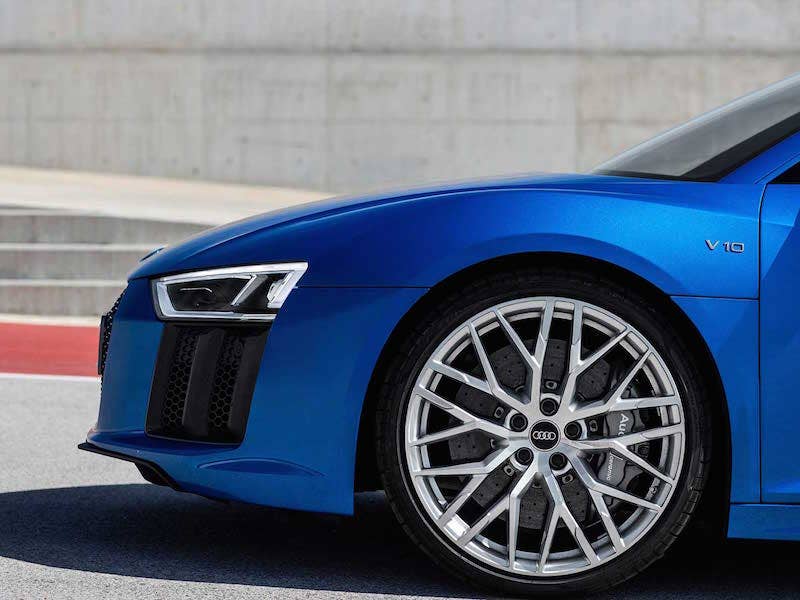