Your retinae and eardrums will die happy. 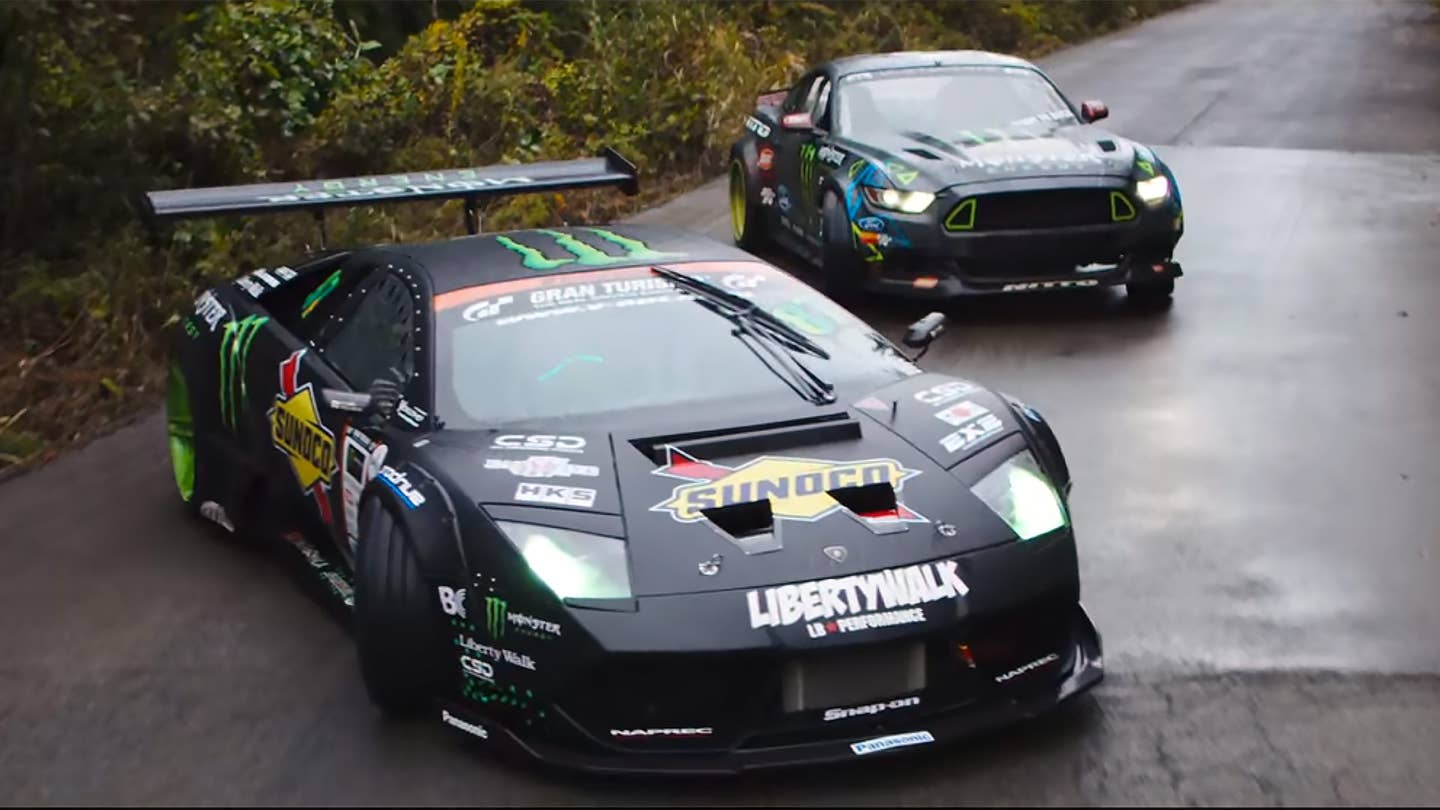 Two months ago, we told you how premier Japanese drift driver Daigo Saito turned a Lamborghini Murciélago into the ultimate drift car. Now, that 650-horsepower, rear-wheel-drive slab of ridiculousness, rolling on a custom suspension, has taken to track with one goal: using its banshee V12 to obliterate Vaughn Gittin Jr.’s 550-horsepower V8 Mustang RTR.

To recap: Earlier this year, tuner Liberty Walk and Phat Five Racing chopped, lowered and stickered-up an unsuspecting Lamborghini Murciélago and turned it into Saito’s personal insanity sled. Gittin’s new Mustang RTR has a carbon-fiber body, a ludicrously wide track and a 6.7-liter V8. Now, the two cars, both sponsored by Monster and rocking lime-green wheels, are assembled. Now, they race.

We’re not prone to inciting international conflict; we could all do with much less. Still, this opportunity seems too ripe to totally forgo a little baiting. The Mustang is a pure expression of American hot-rodding. First, lightweighting: Due to the carbon fiber panels and stripped interior, the RTR weighs just 2,800 pounds and has a 50/50 weight distribution. The motor is a 436 cubic inch Ford Performance/Roush Yates-built monster that revs to 9,000 rpm. The Lamborghini, on the other hand, had its V12 kept fairly stock, as if to provocatively say: It was built right the first time.

Engines start, tires whimper, trees tremble. The course is sinuous, and everything is lurid. America’s original pony car vs. Italy’s untameable bull. The song of V12 against the anger of V8. Who wins? You, when you watch this raucous display of horsepower and oversteer.