Whistler's radar detectors have been around since the 1970s, and the company is well known for its high-quality devices. Whistler offers a wide variety of radar detectors, which are particularly helpful if you have a lead foot. So, which Whistler radar detector is the best of the best? Check out this buying guide to find the right one to suit your needs.

Many high-performance laser radar detectors include cords. You typically mount them on the windshield with suction cups. This type of radar detector provides the best range when it comes to alerting you well in advance to any law enforcement in the vicinity. These units are inserted into an auxiliary plug (i.e., cigarette lighter).

This type of radar detector does not feature a cord. The advantage is that they are very portable, and you can easily use them between several vehicles. They are much easier to install, and you don't have to worry about a cord dangling from your windshield and connecting to an auxiliary port. However, you have to consider the battery life.

These radar detectors are permanently affixed to your vehicle. They are hidden so thieves and police are unable to see them. Since these built-in devices are concealed, they are becoming increasingly more popular among consumers. Overall, they are very convenient to use. However, they tend to be much more expensive than other types of radar detectors.

Some radar detectors only have one laser sensor, which only detects laser beams that are directly in front of a vehicle. Look for devices that provide 360-degree protection. They use multiple sensors to find laser pulses to the front, sides, and back of a vehicle. These units tend to be more expensive, but they are also more reliable.

The majority of radar detectors have a default highway mode. This level of sensitivity is much higher than what is known as city mode. This is important because you want to receive the least number of false alerts from devices that are similar to radar guns, including automatic garage door openers. The city mode is helpful when you're driving in urban areas because it can differentiate between radar, laser, as well as emergency vehicle signals.

The great thing about a voice alert is that the device lets you know audibly when it picks up a radar signal. You can keep your eyes on the road and don't have to look at the unit's digital display. Radar detectors also feature visual alerts, including flashing lights, which are helpful if you don't want voice alerts to interrupt your driving experience (or your classical music playlist).

Not only do radar detectors with GPS tell you about radar in your proximity, but they also let you know your vehicle's speed, direction, and location. They can alert you if you're driving over a speed limit, and many are adjustable, so you don't need to manually change from city to highway mode. GPS units can also store locations that may feature a sudden decrease in speed limits or are known for featuring law enforcement patrols. Some models also have downloadable databases with the locations of speed and red-light cameras. 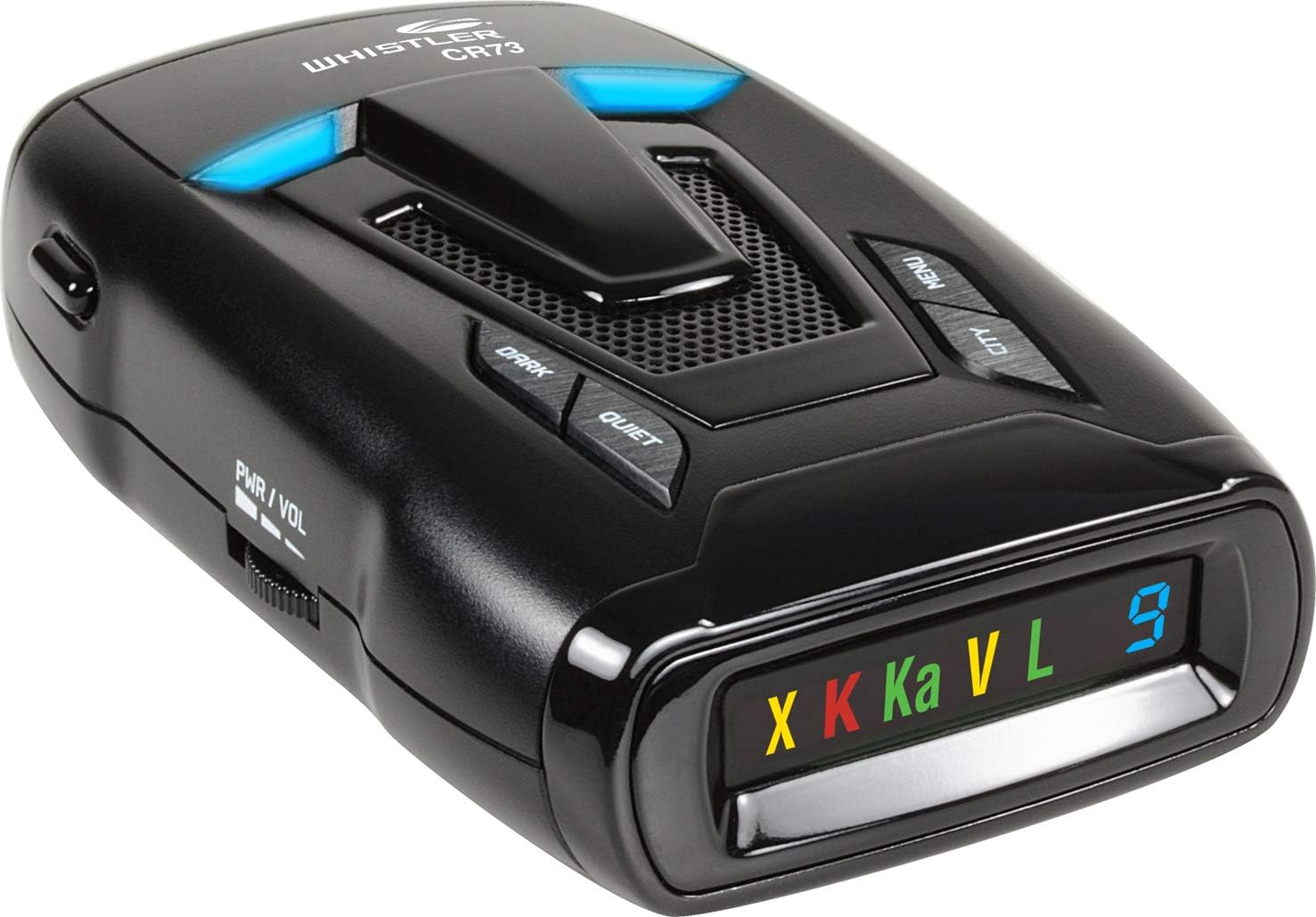 The CR73 is a high-performance radar detector that features bilingual (English or Spanish)  Real Voice alerts. It has a 360-degree detection range, and can respond to all laser and radar guns including, X-band, back-band, and superwide K-band. It will also indicate the signal strength on the colorful OLED display. What’s more, with POP mode, short bursts of POP radar won’t go undetected.

The radar can filter alerts from collision-avoidance systems and traffic flow sensors with the help of Traffic Flow Signal Rejection, an advanced false-alert detection system. This helps to reduce false positives as you drive through the city or on highways.

As with most radar detectors, you may also have to put up with a few false positives from this model. In addition, it doesn’t have a digital compass or directional arrows that indicate the direction of the threat. 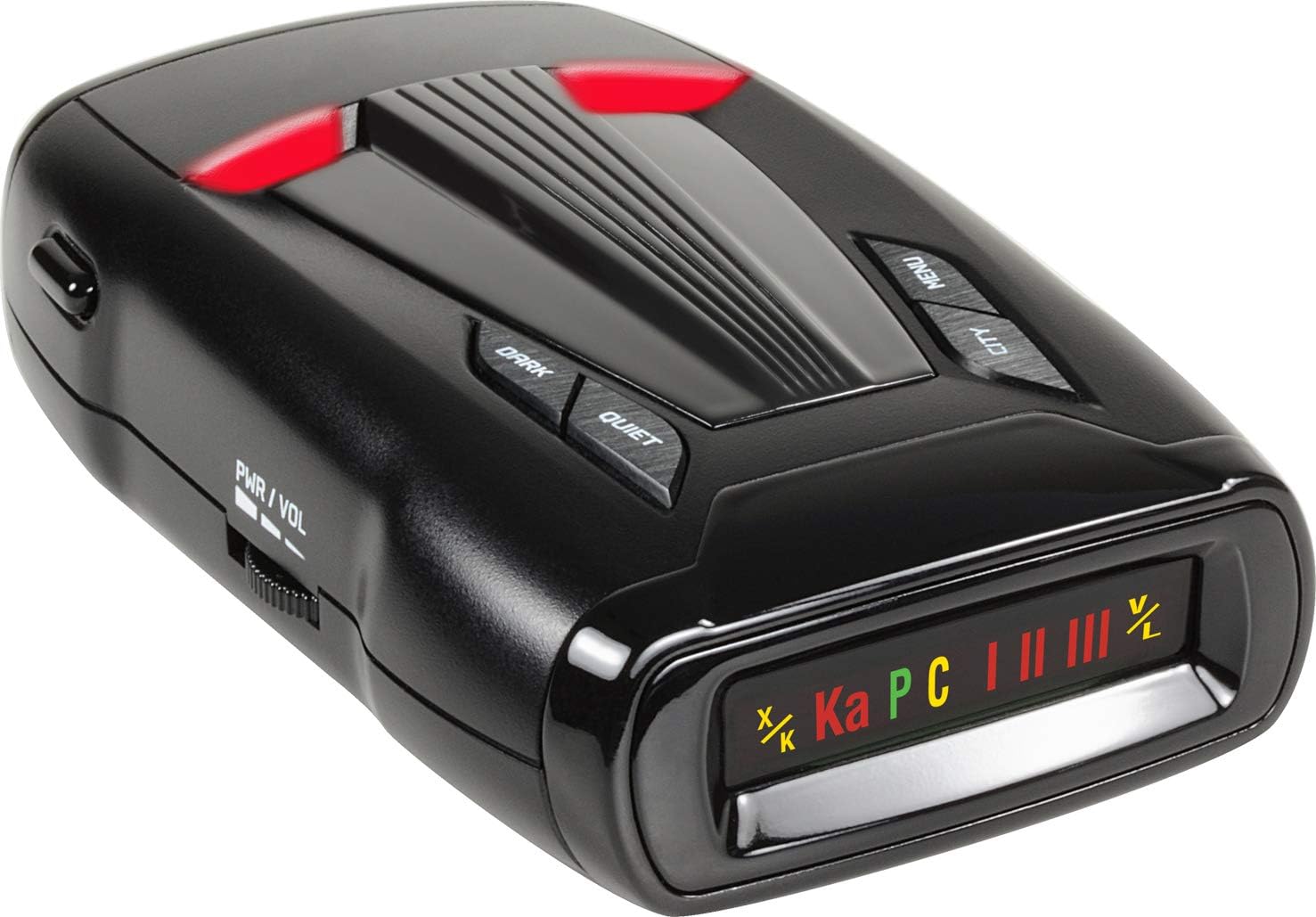 The CR68 model from Whistler may not look quite as sleek as more modern devices, but it gets the job done. Along with the included windshield mount bracket, 360-degree perimeter protection, and protection against all radar gun types, it’s also a lower-priced radar detector.

It includes a red, green, and yellow color layout that makes it stand out on your dashboard. It also makes it easier to read. The bright colors don’t get obscured by the sun’s light, and they shine brightly at night.

However, there have been complaints that it isn’t quite as good as the older model. That being said, it’s more accurate than the previous edition, and that’s what counts. 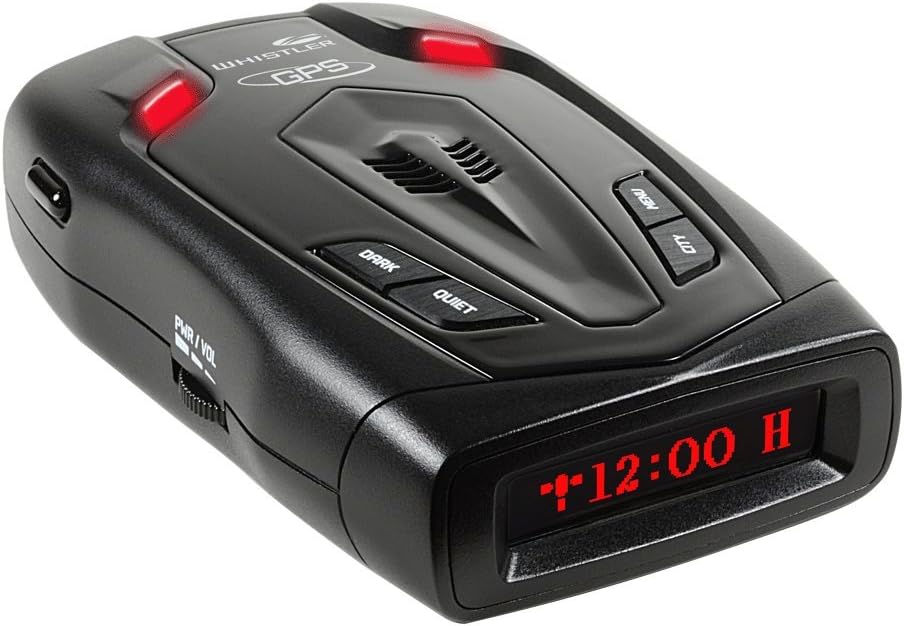 Whistler's LR-300GP comes with a suction cup holder, a micro USB cable for updating the GPS and camera, a power cable for connecting with the auxiliary plug, and an owner's manual. If any problems arise, it is covered by a manufacturer's warranty.

The detection range is good, and it also stays quiet and gives off very few, if any, false alarms. The device detects all new lasers in the United States, including Laser Atlanta Stealth mode and Laser Ally. It features an internal GPS that provides red-light and speed-camera alerts. It has an OLED text display, dim and dark modes, a battery saver setting, and SWS selectable tone alerts.

One problem with this device is the screen may stop working after a few months of use. In addition, the plug may not stay plugged in, and even the lowest setting on the volume is quite loud. 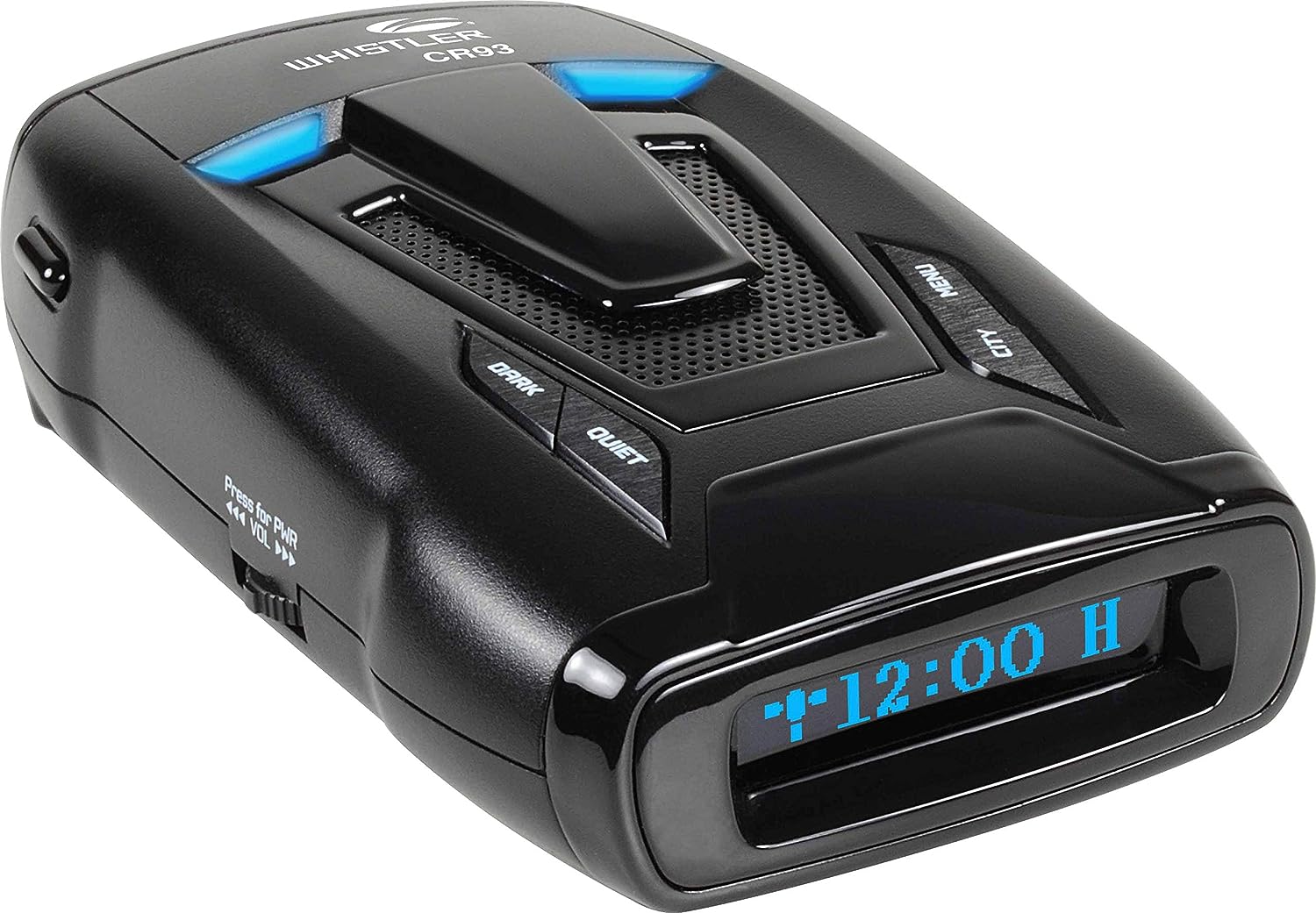 If you’re looking to avoid any speed traps or red-light cameras, the Whistler CR93 High-Performance Laser Radar Detector is a good choice. This unit provides up to 360 degrees of protection with its high-tech sensor and will alert you of any radar gun or signal within the perimeter.

Many have issued complaints with the device giving off false alarms when first set up under its default settings. You may have to enable new settings if you want to avoid any false readings. It may also read other cars’ radar that’s used for collision alerts. 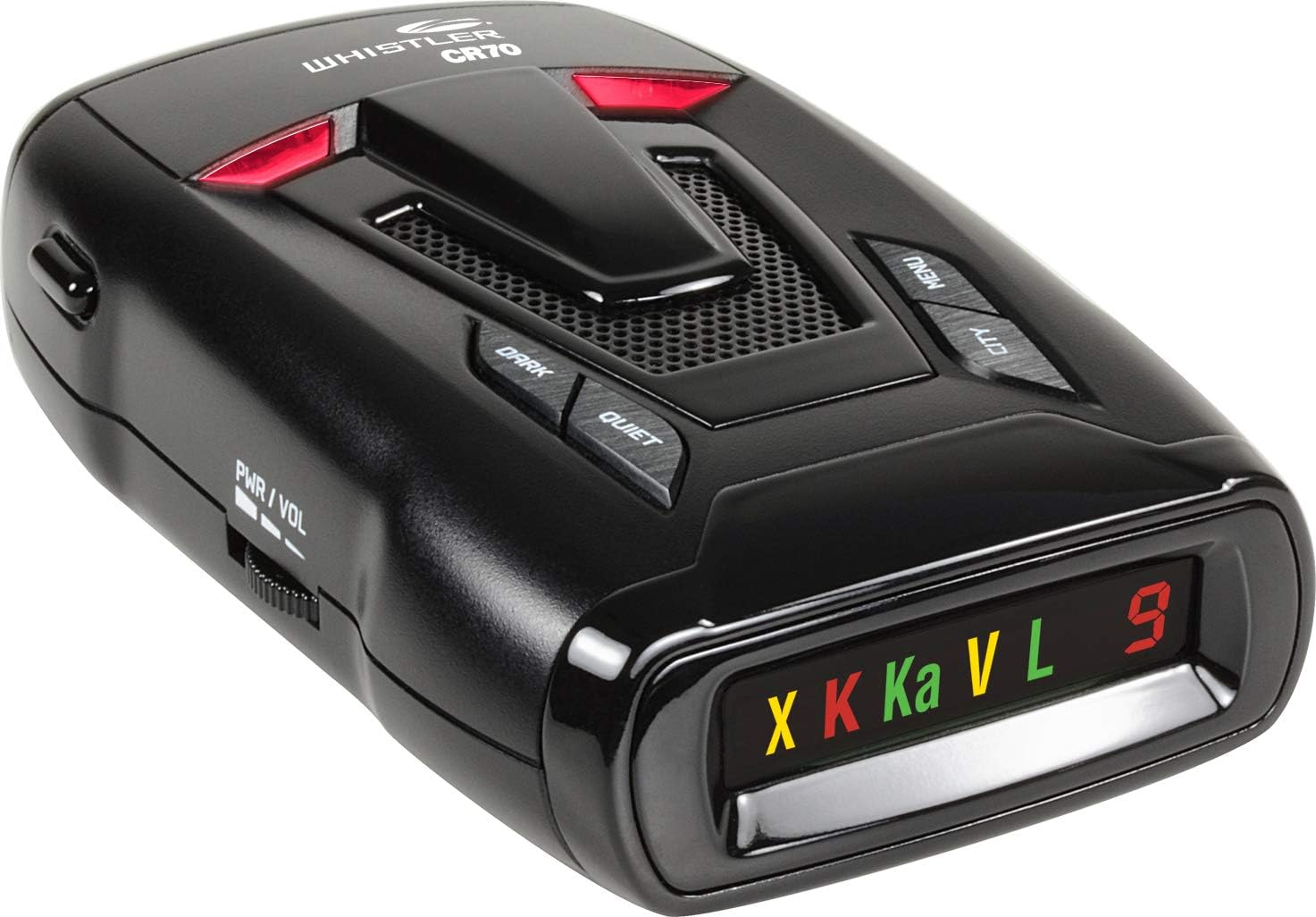 It can be difficult to discern any difference between various Whistler models, but each one is unique in its own right. While the Whistler CR70 Laser Radar Detector may have a lot of the same features as our previously mentioned options, it’s a lot less expensive than many other models.

The CR70 connects directly to the vehicle’s cigarette lighter port with a 12-volt power cord. It also comes with a suction-cupped attachment that connects to the dashboard or windshield. It’s rated to protect against all types of radar guns, has POP mode, and even features advanced speed-detection capabilities to let you know of any speed traps. It also helps eliminate false alerts from radar-based traffic systems.

There have been complaints that the radar detector can get too hot when in use. It may not overheat, but you won’t want to risk it. Another reported issue is that the lights may not always work. 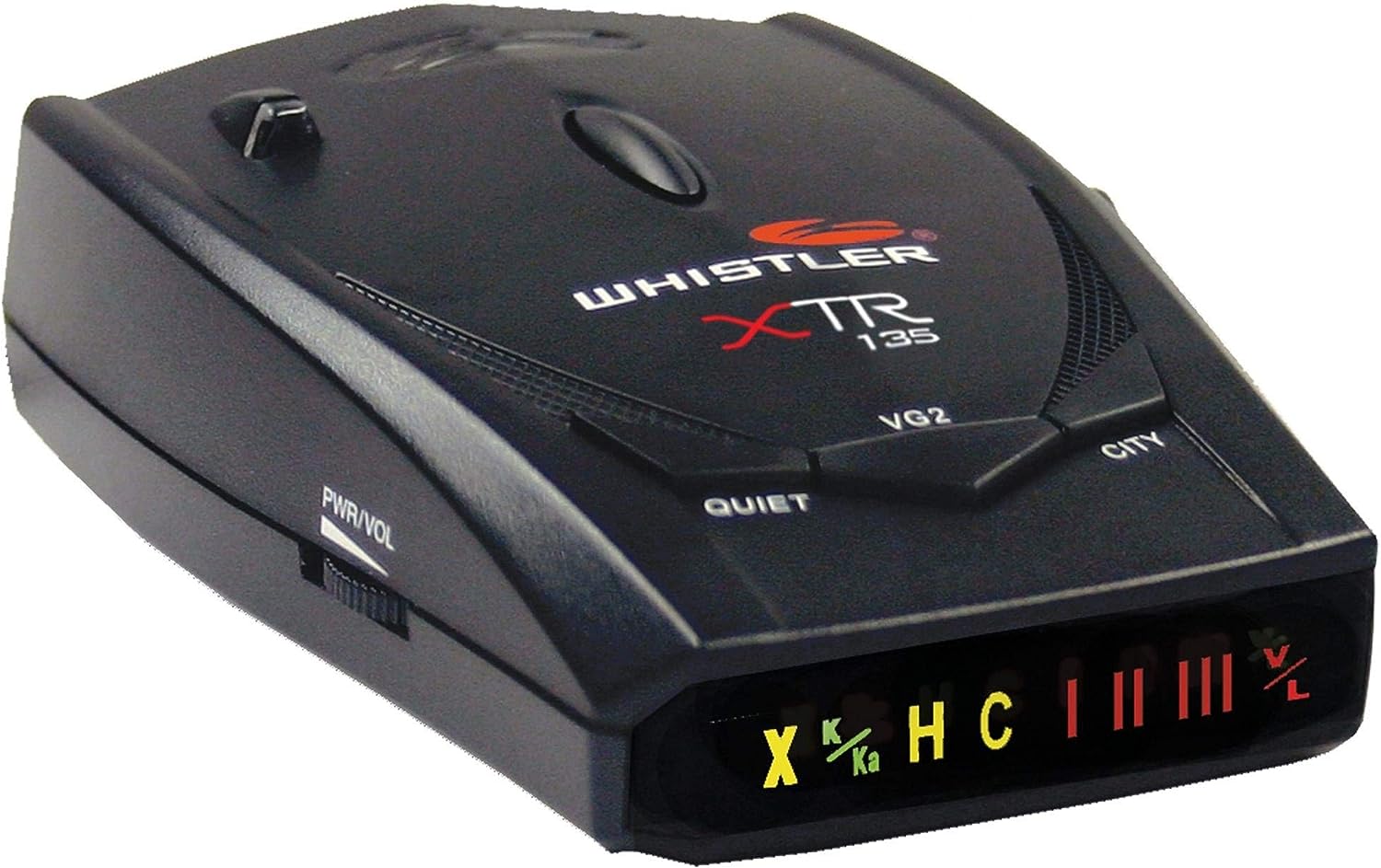 The Whistler XTR-135 Radar Detector is another great budget choice if you want to avoid any speed cameras or radar guns. The device is small and compact and can be attached either to the dashboard or windshield. It offers 360 degrees of protection.

The radar detector is light and easy to read, has an icon display, includes three different modes, and features a safety warning system. It has all the normal features you’d find on other Whistler detectors but at a far lower price. It also features a non-skid dash pad, a power cord, and a windshield bracket kit for easy mounting.

However, this particular radar detector lacks the sophisticated feel and look of newer, more up-to-date models. The icons aren’t all that much to look at with their red and yellow coloring. Plus, the detector reverts to highway mode when turned off, so you may have to reset it when you set off on a journey. 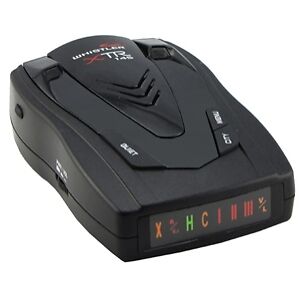 The best budget honorable mention on our list, the Whistler XTR-145 Laser Radar Detector is a combination of many others. It may actually be a watered-down version of our top choice, the Whistler CR73 Laser Radar Detector, but it’s far less expensive. It also offers 360 degrees of perimeter protection while you’re on the road and protects against all types of radar guns.

The XTR-145 radar detector does feature a less-appealing screen than its counterpart. The screen here is reminiscent of the CR68, which isn’t a bad thing, but it just doesn’t appear as clean. However, it does work without many hiccups, and it functions great in towns where there are more obstacles to work around.

It’s an older model, so just keep that in mind. There have been reported problems with the sound muting randomly. You may have to unplug it and plug it back in again for it to register noise again. 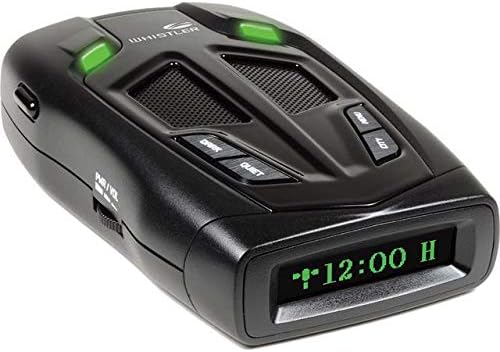 The Whistler Z-31R+ Bilingual High-Performance Radar Laser Detector is the odd one out of our choices in design and style. The next closest choice to it is the Whistler LR-300GP Laser Radar Detector. Where this differs is with its screen; the colors are green instead of red, making it easier on your eyes in the dark.

The Z-31R+ includes an internal GPS, so it always knows just where you are. This also means it can detect radar guns, speed traps, and red light cameras well before you reach their location. It even comes with field disturbance sensor rejection (FDSR) and laser signal identification (LSID).

The unit itself functions well, but you may run into problems with the power cord not working after a while. Also, it may not be the most durable of devices, as the switches feature a plastic design.

Q: How does a radar detector work?

A: Radar detectors identify any radar in the area, such as police radar that is used to identify speeding vehicles. A radar detector identifies radar devices based on the radio waves they emit.

A: Every state has its own laws regarding radar detectors. The only state where the devices are illegal is Virginia. They are not sold in the state, and you can be fined up to $250 for simply having it in your vehicle, even if it's not turned on.

Q: How far away can police radar detect you?

A: As we mentioned previously, it depends on the size of your vehicle. If you drive a large truck, police can detect you from over one mile away. If you drive a small sports car, police equipment will work within 500 feet.

Our pick for the best Whistler radar detector is the Whistler CR73 Laser Radar Detector. It's simple to use, and it strives to eliminate false alerts.