The already sharp-handling Sentra is an excellent foundation for reviving this classic sport compact. 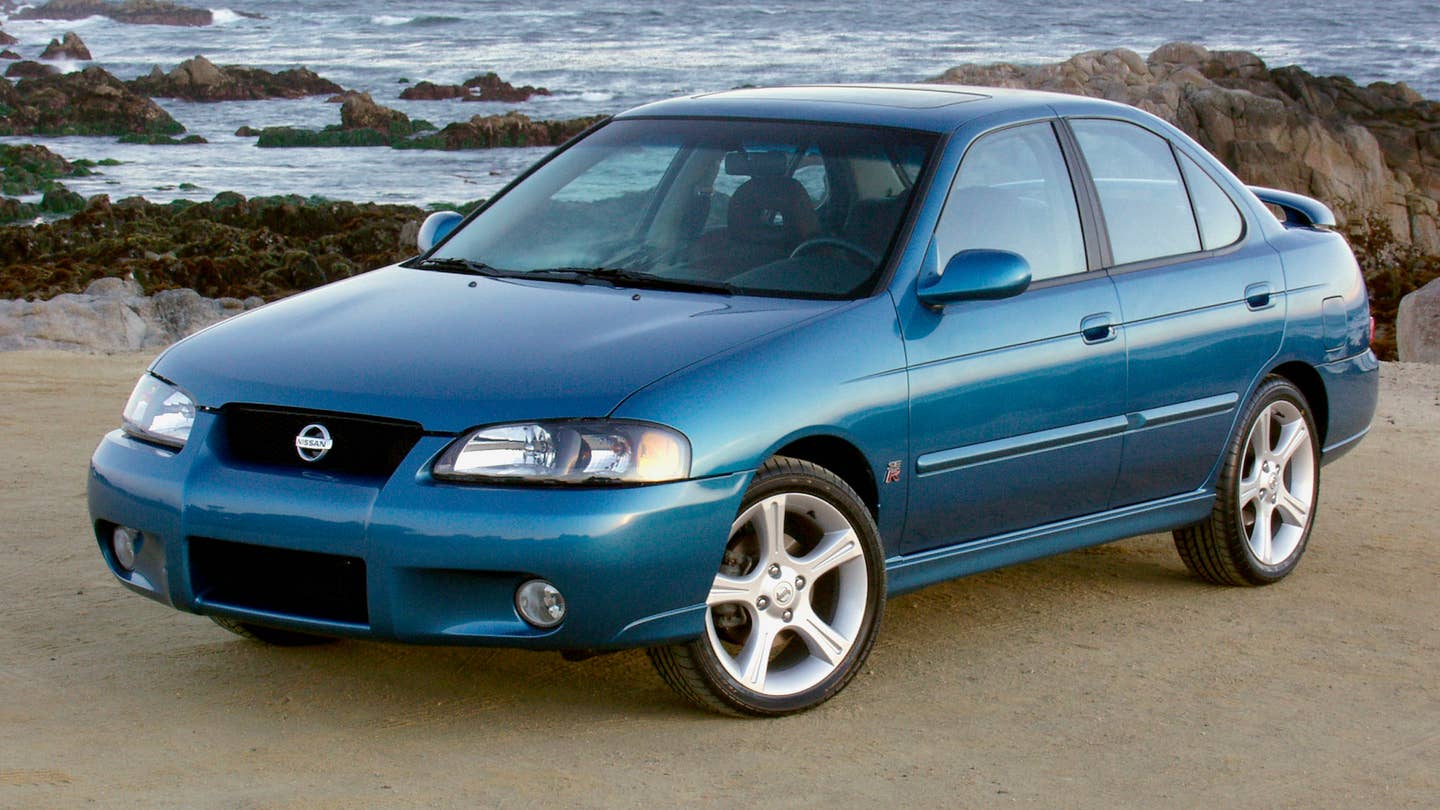 Over the last few years, Nissan has really righted its course and begun producing respectable vehicles again. Every time I've driven a modern Nissan—I'm talking engineered since like 2018—I've come away wondering why I don't hear more people talking about them, and it seems the Z is where people are finally catching up with my view that Nissan has turned things around. Having done so, I think it's now time Nissan takes another crack at the sport compact market by bringing back a nameplate from the golden age of Japanese cars: The Senta SE-R Spec V.

This often-overlooked sport compact always sort of lived in the shadow of the likes of the Honda Civic Si, in part due to Nissan's entry-level performance cars never having the same following as Honda's. The SE-R wasn't ever quite as together as the Si, but it held its own if period reviews are to be believed. Now, with the Subaru WRX coasting into mediocrity, Mazda giving up on performance cars, and the Americans out of the sport compact game entirely, there's definitely room for Nissan to give the segment another try. Having driven the current Sentra, I think Nissan has less to do to warm it over than you may expect.

While my colleague Peter Holderith and I may disagree over whether the Sentra's a good car (it is), we both agree that one of its strengths is how it drives. Its steering far exceeds what you expect of a car with zero pretenses of performance, and because of its torque vectoring and independent suspension, it corners handily even on all-season tires. It's already a solid chassis, one that could become even better with some elementary performance and dynamic upgrades. More and better tire, retuned suspension, some weight reduction, chassis bracing, perhaps a heavier steering setup, and a little aero would go a long way toward making it a challenger to today's Civic Si. Heck, I'd go as far as calling for a tiny gooseneck rear wing. It'd stand out, and give owners the option to install bigger, sillier wings.

That of course leaves the drivetrain, which in the U.S.-market Sentra is definitely inadequate for a sport compact. Its 2.0-liter four-cylinder, producing 149 horsepower and 146 pound-feet of torque, is quite thrifty on gas when paired with its continuously variable transmission, but it's no powerhouse. I didn't dare try for passes uphill while driving through the Rocky Mountains. Luckily, half the solution to this problem can already be found in the Sentra sold to our northern neighbors, who get the option of a six-speed manual. That, in addition to the upgrades outlined above, would go a long way toward making a compact to challenge the WRX and Civic Si.

But not all the way, because Nissan still has to address the engine. Even that's not a tricky piece of the equation, though, as Nissan has multiple options for spurring the Sentra. One is to simply enhance that two-liter, as between its continuously variable valve timing, 10.6:1 compression, and direct injection, it has the makings of a decent NA engine; it just needs to breathe easier. That could be arranged with an intake and exhaust, maybe an improved cylinder head, and stronger pistons and rods if need be. Yes, I know the latter would be pricier to develop, but they'd still go a long way, and even 180 horsepower or so with decent torque would be a welcome upgrade.

More still could be on the table if Nissan adds forced induction, by replacing the 2.0-liter with something punchier from another model, as prior SE-Rs did. That opens the door for the 1.5-liter KR15DDT from the next-gen Rogue, with which the Sentra shares a platform, and which would deliver a Civic Si-rivaling 201 horsepower. It'd seriously out-torque the Honda, too, with 225 pound-feet, all while making an angry little three-cylinder ruckus that'd sound more like a GR Corolla than the comparatively bland Honda's thrum.

Another option could be to use the variable-compression 2.0-liter turbo from the Altima, which makes 248 horsepower and 273 pound-feet. There's no guarantee the six-speed could withstand its torque, though, and in the Altima, it's only paired with a CVT, so it may be too much engine for the platform. Then again, Nissan could keep the CVT there to enhance performance at the expense of noise, as Williams F1 experimented with back in the 1990s.

In the end, this is all just hypothetical waffling that I think Nissan can once again be trusted to work out a good solution to. Some of the pieces for a new Sentra SE-R Spec V are in place, it's just up to Nissan to come up with the rest to complete the puzzle. I think there's an enthusiast's case for the comeback of the spicy Sentra, and I can only hope Nissan thinks there's a business case to be made too. At the end of the day, it's money that makes multinational corporations go 'round, not passions.

One man’s long-awaited project car went down with the ship—and sadly it wasn’t insured.

The part is confirmed to go on sale in the US later this year.