Mopar rarities, Ford Rangers, and even golf carts—this estate sale has it all. 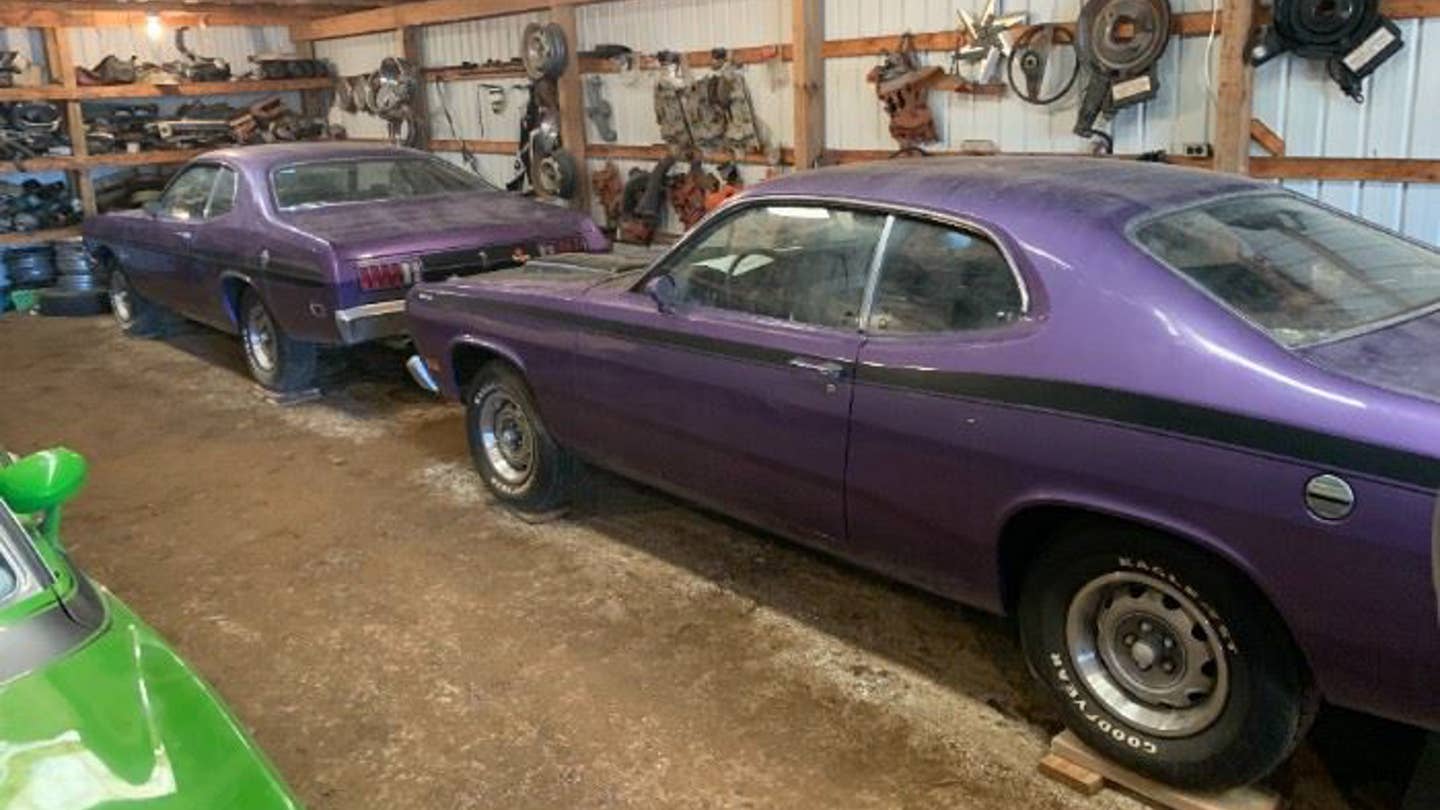 Wanna hit up Big Boy, maybe grab a few burgers, and then blast Electric Light Orchestra as you cruise Riverside? Have I found the auction for you, then. An estate sales broker recently listed a collection of 15 cars in Michigan, with two Plum Crazy Mopars—a 1971 Duster and a 1971 Demon—among them.

Judging from the photos shared in the listing, the cars both appear to have sat for a while, but wear appears to be minimal and rust seems nearly non-existent. It's likely that these examples are ripe for restoration. The owners reportedly passed away in 2019 and 2021, and their cars are now being sold by a family trust at an estate sale that includes several Honda motorcycles, two classic Dodge pickup trucks, a Ford motor home, several last-generation Ford Rangers, and a ridiculous amount of random parts for all of 'em.

The two Plum Crazy Mopars are clearly the stars of the show due to their rarity, although the Duster is a 340-swapped example, and not an original 340 V8-equipped car, of which there were only 12,886 examples in 1971. The fascia, hood, and striping all still appear to match the original Duster 340, however. The Demon is a bonafide original rarity, though, and it was even scarcer on the ground than the 340 Duster was, with just shy of 10,000 Demons built in '71. The Demon name itself was discontinued by Dodge the next year and not resurrected until 2018 with the introduction of the limited-production Challenger Demon.

If purple cars aren't your style but you still need a big Mopar V8, however, rest assured that there are still options. A '79 Dodge Warlock, '76 Dodge Pickup, and an '80 Dodge Stepside Pickup round out the selection, all black, and the Stepside even has a 440 V8 swapped into it. All the vehicles for sale have apparently been sitting since the late 1980s, so some work might be needed to get them all drivable again, but how often can you find a 440 Stepside for auction?

If you'd like a closer look at all of the cars up for auction, Youtuber Auto Archeology has an excellent walkaround video of the collection.