Matt Farah of The Smoking Tire recently attempted a road-rally in a 1902 Packard Model F and it was unsurprisingly pretty sketchy. 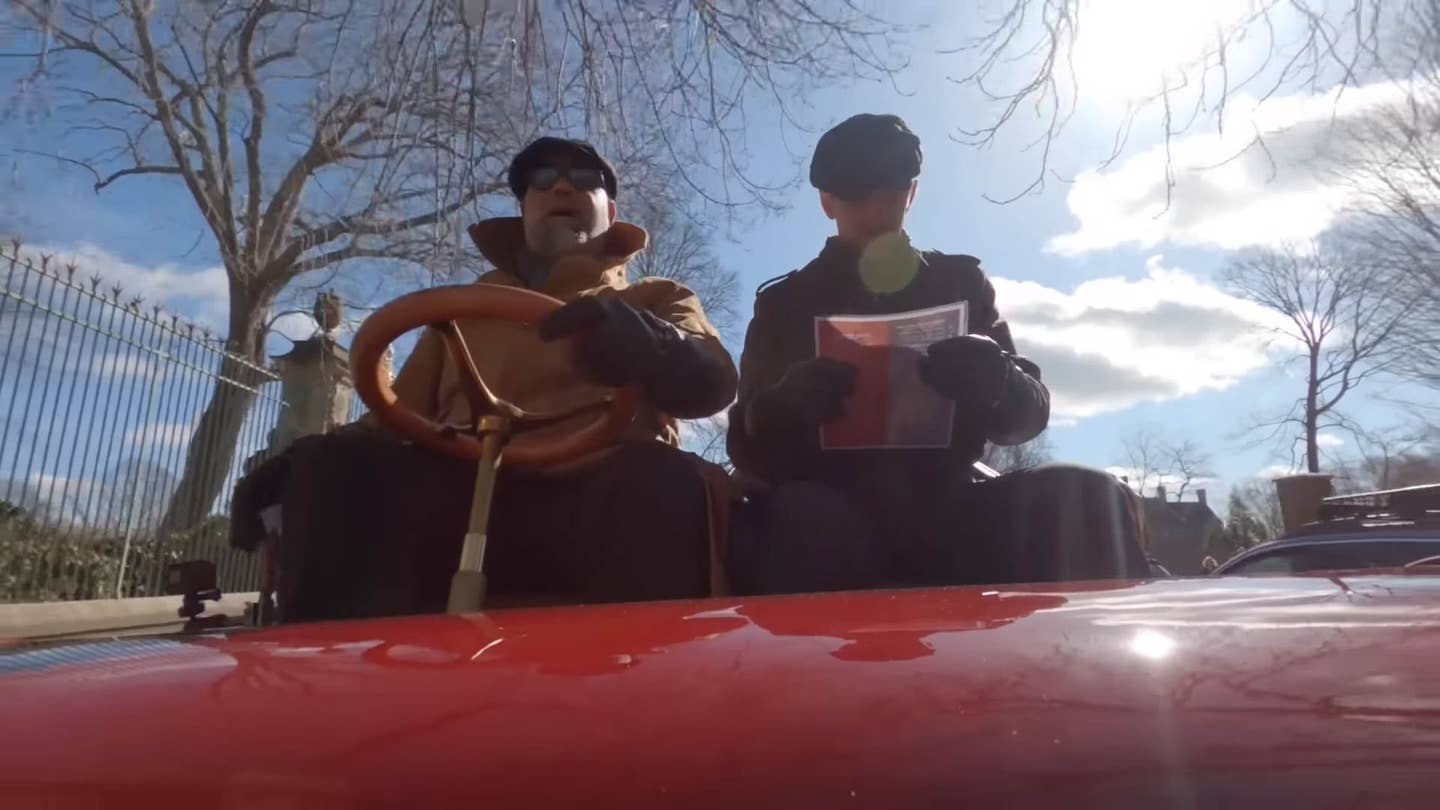 We take modern standardized car controls for granted. With the exception of some drivers today not knowing how to drive manual transmissions, almost any driver can get into pretty much any car and understand how to operate it. That wasn't always the case, though, as Matt Farah from The Smoking Tire recently found out.

In his latest video, Farah and co-host Zack Klapman had the chance to partake in the Audrain Museum Veteran's Run, a 40-mile roundtrip road rally from Newport, Rhode Island, to Bristol, and back. It's a sort of mild recreation of the London to Brighton Veteran Run in England, in which classic car enthusiasts rally veteran cars; cars built before 1910. For the Audrain Museum Veteran's Run, Farah had the chance to drive a 1902 Packard Model F and it was a difficult as it sounds.

To be fair to the Packard, its controls are more modern than almost any of the other veteran cars. Despite being over 100 years old, it has an H-pattern, three-speed manual transmission, a floor-mounted brake pedal, and even automatic spark advance for its engine. So driving it is more normal than driving other veteran cars, even if it is still a bit sketchy.

The Packard Model F is powered by a four-stroke, single-cylinder, 12 horsepower engine with a cylinder bore of 6.5-inches. That massive, mini-keg-sized cylinder bore came in handy during Farah's rally, as a fuel issue forced them to essentially idle the car all the way to Bristol, Rhode Island. But because of its enormous single piston, it made enough torque at idle to put-put the little Model F along, even with four adults on board.

Surprisingly, they actually made it 20 miles to Bristol, though it certainly seemed a bit terrifying at times. Trying to cross a long bridge, uphill, while only being able to idle, with a row of angry cars behind, looked as nerve-racking as it sounds. Klapman and the crew had to actually get out and push the little Packard along at several different points during the trip.

Vintage cars, such as the veteran cars seen in this video, are fascinating to look at, learn about, and admire. But after watching this video I don't think I have much of a desire to actually drive one, especially on public roads.

Got a tip? Send it to info@thedrive.com

Packard, the Legendary American Automaker, Is for Sale. How Would You Revive It?

Packard hasn’t built a car in more than 60 years. That could change with you—theoretically.