It’s a strange combination, but so much more original than another classic leather re-trim job. 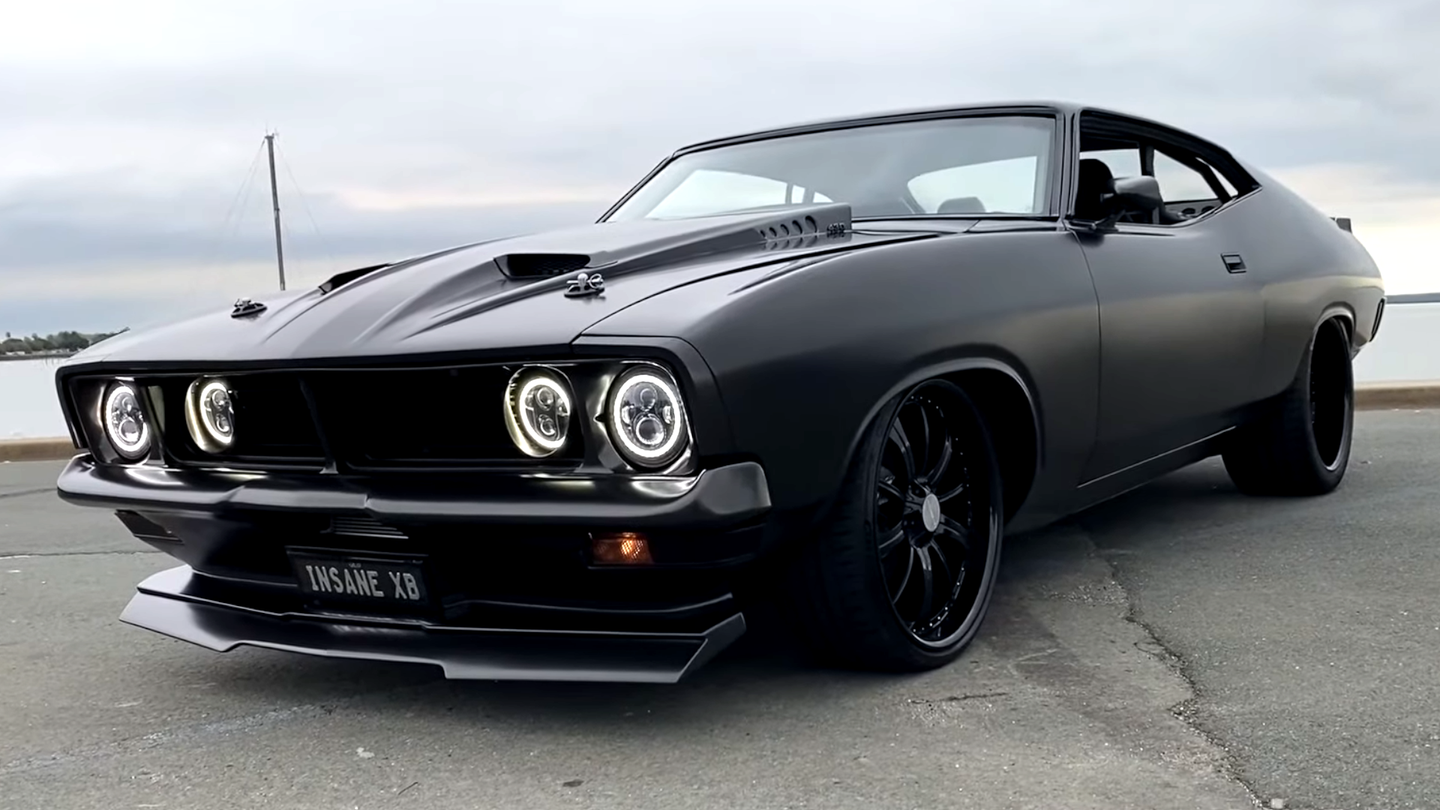 As far as muscle cars go, many builds follow a typical theme. Throw a big engine in the front, drop it on airbags, give it a shiny paint and trim job, and call it done. Of course, there's always room to get more creative, as seen on this Ford XB Falcon Coupe shared by Cristian Cross on YouTube.

If you recognize the general body shape, that's no surprise; the XB Falcon coupe has long been famous for its appearances in the Mad Max films. The car belongs to one Pas Daskalakis, who purchased the Falcon coupe in 2013 and spent the following 9 years piecing the build together. It doesn't disappoint in the vital statistics, either. There's a stroked 430 cubic inch (7 liter) Ford small-block V8 under the hood, stroked out with angry cams and a set of CHI Cleveland heads.

There's no carby to be seen, however, with the aptly-titled "INSANE XB" featuring a fuel injection setup with individual throttle bodies from EFI Hardware, run under the watchful eye of a Haltech Elite 2000 ECU. The setup is good for 700 horsepower at the rear wheels, more than enough to get the two-door hustling down the road.

Where the build really goes off-book, however, is the interior. As seen in a feature by Street Machine, the original Ford dash was turfed out entirely, instead replaced with a brand-new interior sourced from Mercedes-AMG. Appearing to be sourced from a CLA45 AMG, it's amazing how well the dash fits in the interior of an Aussie muscle car built in 1974. The dash has been heavily modified, with the Mercedes electronics ripped out and replaced with a series of analog gauges and controls nestled in billet aluminum housings.

Other nice touches include the carbon-fiber cage bonded into the chassis, as well as the meaty Aeroflow shifter with its big-grip handle. The Mercedes-AMG seats were thrown in, too, helping to provide a consistent look in the cabin. The exterior has been given a working over, too, with highlights including the front lip, rear spoiler, and custom hood to clear the V8's mighty velocity stacks.

As with any show-grade car, this coupe tends towards the polarizing in its heavily-customized form. Some will love the melding of modern interior elements with a classic 70s design, while others will consider the red piping and heavy use of dimple dies to be aesthetic overkill. Feel free to bicker about it in the comments, or share your own favorite muscle builds that stir in some unusual ingredients to create something a little unique.

The visual effect shows just how much work goes into fully restoring a classic car.

That’s twice as many cylinders as it came with from the factory.

Britain Did Muscle Cars Just As Well As America Did

You know what other country made some real muscle cars? Britain.