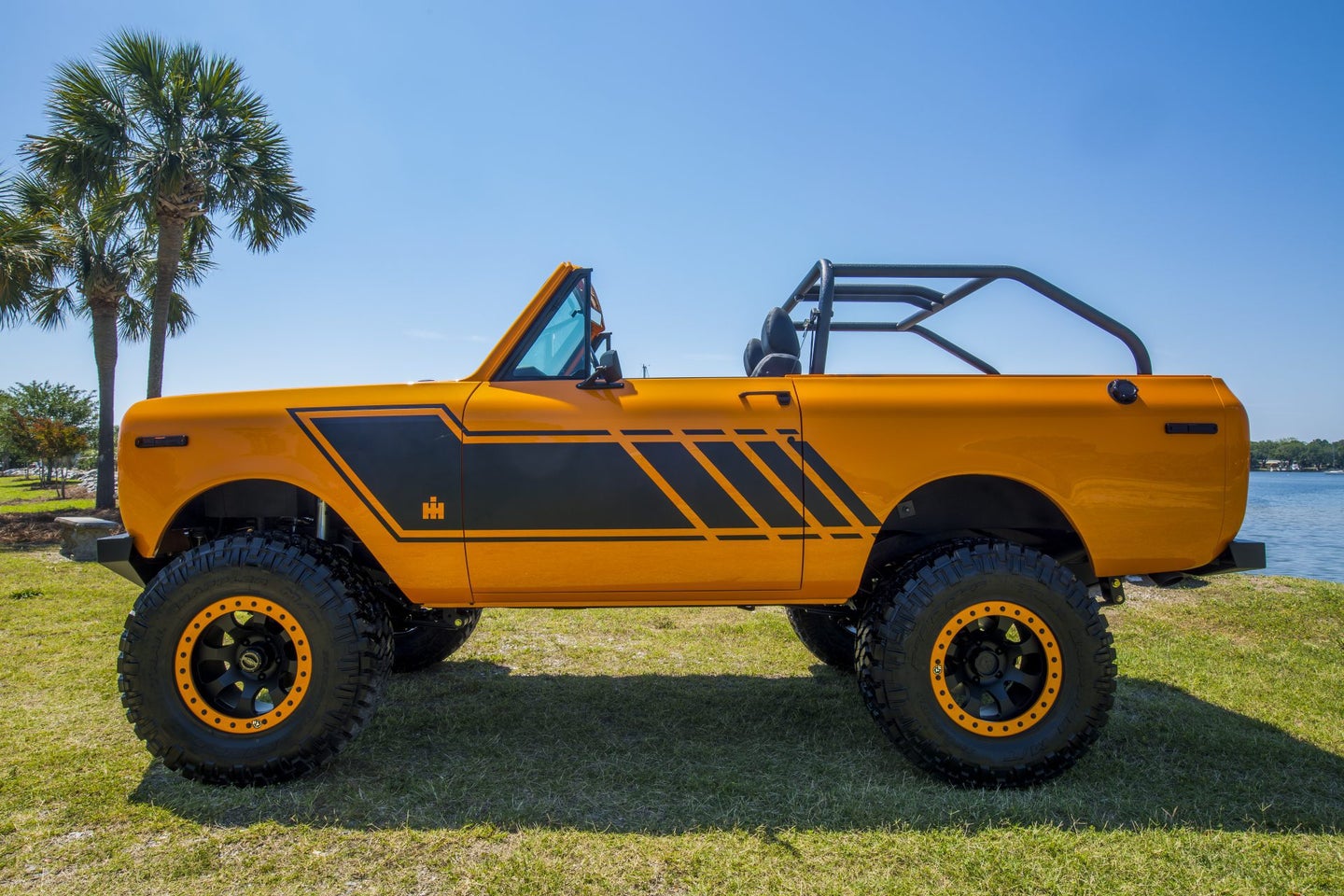 For those who tire of buying the newest Porsche or Lamborghini, classic off-roaders are all the rage. For the past few years, customers have been more than willing to drop huge chunks of cash on upgraded versions of old Broncos, Cherokees, Range Rovers, and Land Cruisers. In a similar vein to those builds, a classic truck shop in Florida by the name of Velocity Restorations has recently completed work on an updated 1979 International Scout.

Built between 1961 and 1980, the Scout was an attempt by tractor producer International Harvester to ape off of the success that Jeep and Ford had found with their early body-on-frame SUVs. The Scout was offered with a variety of AMC-sourced four-, six-, and eight-cylinder engines, with the largest available being a 392 cubic inch V8. Much like the Bronco, the Scout could come with a removable clam-shell top. Four-door and pickup variants of the truck would also be produced.

The particular Scout being shown off by Velocity has been worked over from the ground up. It's now clad in a groovy bumblebee paint job, and inside the truck is a completely updated interior with new seats, digital gauges, a modern air conditioning system, and Bluetooth-capable stereo.

According to Velocity's owner, Brandon Segers, the truck was initially found in the middle of an oil field. "We stripped it to the bare metal and started the frame off restomod process," he explained. "Every nut and bolt is brand new, the powertrain is improved, and it looks stunning.”

The International Harvester now rides on the tried-and-true hardware of a Ford nine inch axle out back, and a Dana 44 up front. The Scouts outdated drum brakes have been tossed in favor of a set of Wilwood discs. The truck has also been given a four-point roll bar and six inches of suspension lift. Under the hood, the AMC plant has been replaced by an LS3 V8 that's been warmed over to produce 430 horsepower. The engine is mated to a GM 4L70E four-speed automatic transmission.

For this package, Velocity Restorations asks $229,000. Despite the comfort and capability of modern 4x4s that are available for less than half that price, they can't match the cool-factor that comes from blazing down a dirt trail in a bright orange machine from the '70s.