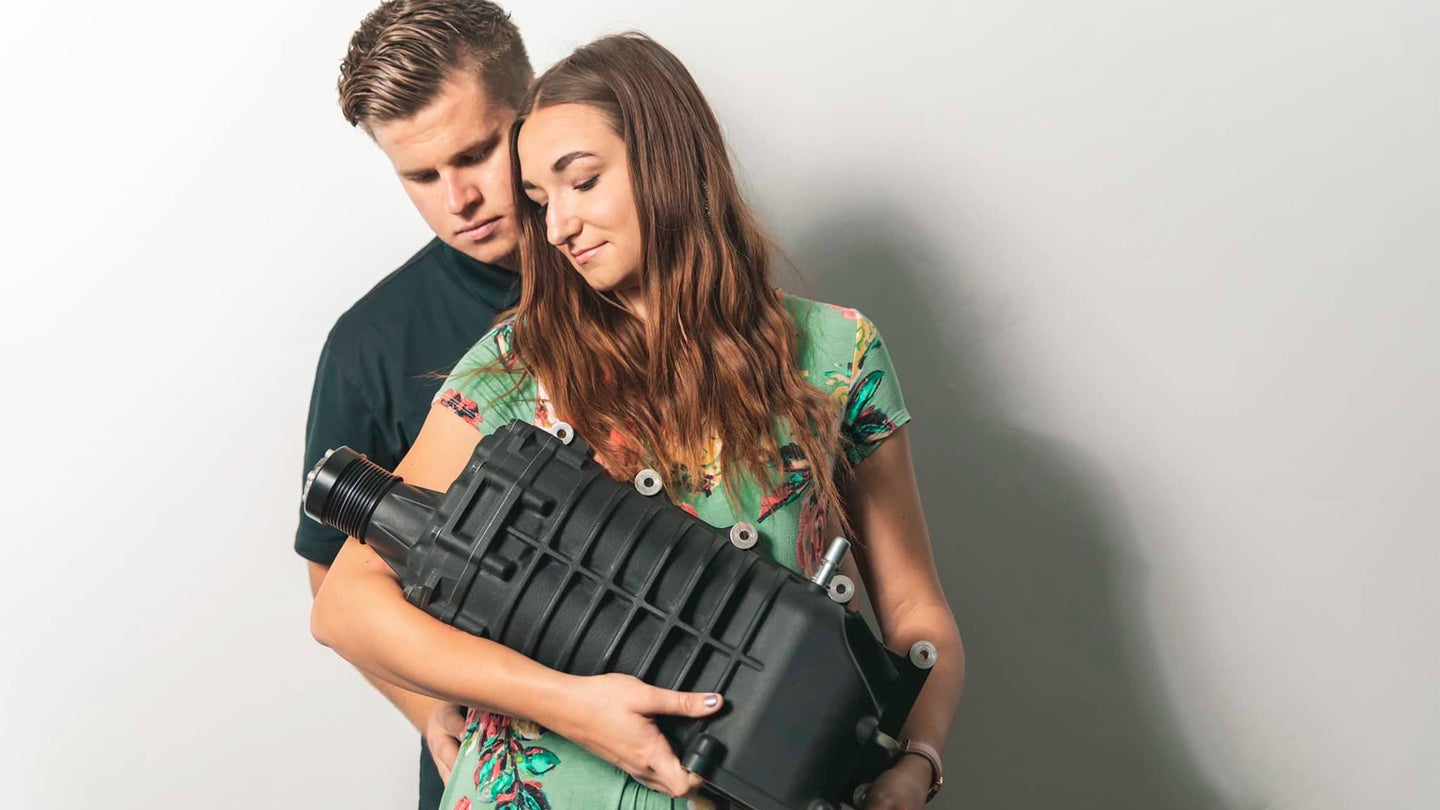 If you've had a child, chances are that the thought of taking cliche newborn photos have passed through your head at least once. Maybe you've even hired a photographer and shared them around on social media with a witty caption professing the love for your family's new addition. But let's say that you and your spouse happen to both be automotive enthusiasts and you decide that car parts are just as good as that grandchild your parents keep bugging you about—what do you do then?

Meet Eaton, an aptly-named twin screw supercharger recently welcomed into the Tomicic household. Together the husband and wife recreated the quintessential new baby photos in all the classic poses, something that came naturally to the Tomicic, a photographer who owns a local business called South Valley Photography.

In case you're wondering what kind of car that supercharger will grow up to power, it's Tomicic's beautiful Grabber Orange 2007 Ford Mustang GT, a photo of which (also taken by South Valley Photography) can be seen below.

We can't promise that little Eaton will keep out of trouble, but we're willing to bet that Tomicic's mother will be laying off the baby talk for a while. As it turns out, the entire stunt was actually an elaborate plan to get back at her for some persistent grandchild nagging.

“Honestly the idea came from my mother pressuring me and my wife for grandchildren," Brayden told Jalopnik, "So I thought I would retaliate a little with something for my car since it is my baby.”

Hopefully she didn't blow a gasket over this revenge, but at least it was done in good fun.