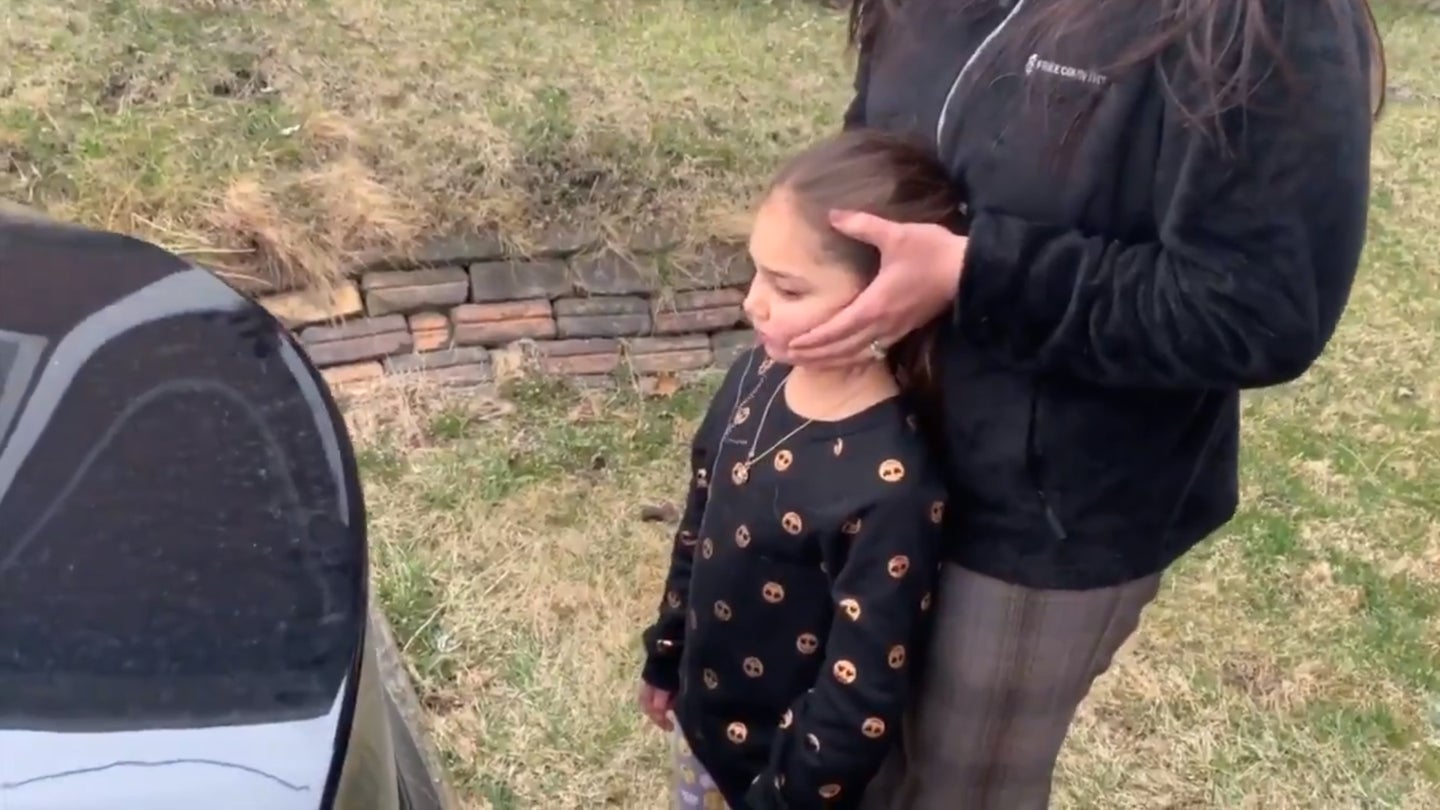 Remember all of those tricks employed to remove a loose tooth when you were a kid? Wiggle it with your tongue, tie it to a doorknob, or even tie it to the back of your father's car as he drives away. Well, maybe not that last one, but it didn't stop Paul Rocchini and his kid from trying out Tesla's Summon feature to pull his daughter's loose baby tooth.

Tesla's Summon feature enables an owner to use the Tesla app on their smartphone to move a vehicle forward or backward in a straight line on command. So as long as the owner is in the proximity of the car, they can do so without even being in the driver's seat. A new Enhanced Summon feature is also slowly being rolled out to owners with Tesla's Full Self-Driving package which allows the car to navigate more complex parking lots and even turn corners.

Pittsburgh-based Rocchini describes Summon as "another great feature of the Tesla" before he summons the Model S away from his daughter, initiating the extraction. While the gleeful father is happy to show off Summon, opinions on the matter are mixed on social media. Some Twitter users laugh at the incident and encourage the memorable moment, while others claim that it borders on abuse, a select number of users even threatening to call child protective services on the father.

A quick search online reveals pages of videos of this very same stunt performed using other cars, so while this isn't necessarily a new idea, this is the first documented case I have come across that uses Tesla's Summon feature to accomplish the task. If you're more about burning rubber and loud exhausts, than perhaps this same task using a Camaro SS will be more your style.

Meanwhile, I can't help but think about the Lamborghini Tooth Pull stunt from Jackass.