This Throttle Body Is Totally Lying To You

And that’s the whole point. 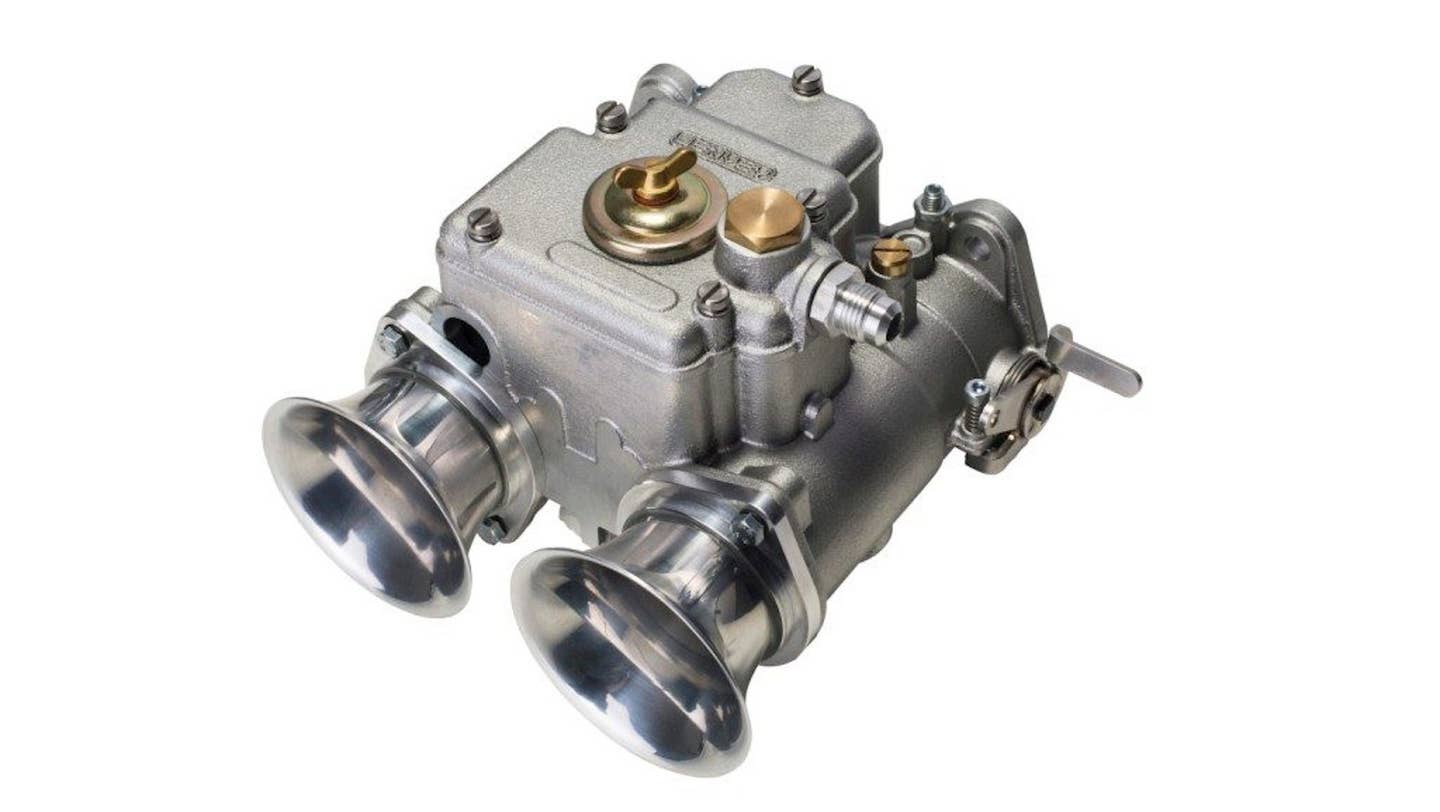 At a certain point during every project, the resto-modder will find himself at an impasse: fuel injection or carburation? As much as it hurts to admit, the former makes a more convincing case. Reliability, drivability, smarter power and more of it. Benefits of the latter? Mostly sound. Well, as long as we're all being honest, aesthetics factor in big here, too. Popping the hood on an old Datsun Z or Mini Cooper or BMW 2002tii and finding a shiny new injector rail just seems… wrong.

Jenvey Dynamics, British purveyor of all things trick induction, has a solution. The company’s latest line of individual throttle bodies, appropriately dubbed ‘Heritage,’ look just like proper period side-drafts. Except, if you unbolt the backplate, you'll find this:

Yes, these bad boys are hiding all the built-in hardware for fuel injection, a best-of-both-worlds solution for modern reinterpretations on a classic. The concept is laughably simple, and yet totally brilliant; the execution, at least visually, is absolutely spot-on. Jenvey developed its Heritage line with GTC Engineering, a well-known Aston Martin tuning outfit. The two firms extensively road- and dyno-tested prototype trumpets on a fuel-injected DB5 mule. But this isn't exclusive Aston kit. Heritage horns are made in four sizes, ranging from 40 to 48mm, which should make them work for the majority of classics. They’ll fit most manifolds configurations, too, and come in pairs of two to feed rowdier engines.

Jenvey will officially show its Heritage throttle bodies for the first time at Classic Motor Show at Birmingham NEC, in England, next month. Deliveries start January 2017. If these guys are exactly what you’ve been after to round out a restomod project, preorders are now being accepted here.